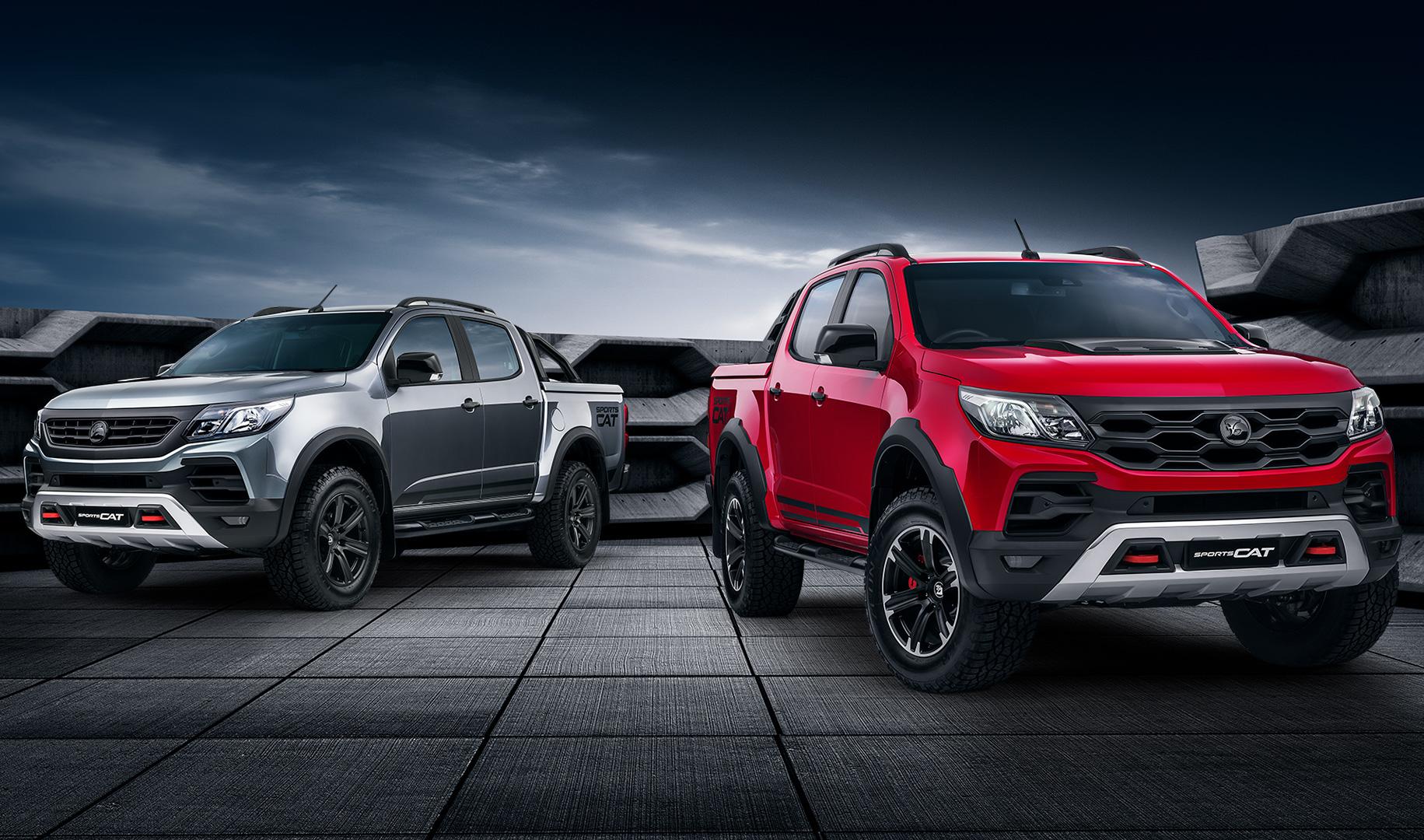 The future of HSV has begun, with the unveiling of the all-new HSV Colorado SportsCat, previously thought to be called the Wildfire. This is the vehicle that was rumoured a couple of weeks ago, based on the Holden Colorado. 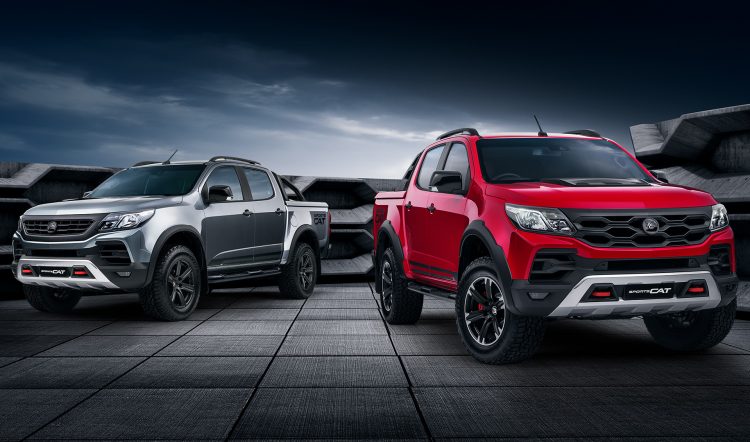 Firstly, the engine. HSV has unfortunately not touched the Colorado’s 2.8-litre turbo-diesel four-cylinder unit. If the Ford Ranger Raptor has any sort of engine tuning, it will likely take over this market we suspect.

Instead of an engine tune, the suspension and brakes and drive components are revised by HSV. It features SupaShock suspension, like what is used on V8 Supercars, along with AP Racing multi-piston brakes also like what’s seen on racing cars.

To give the SportsCat better off-road performance the suspension uses a unique de-coupling stabiliser bar like what you get on the Jeep Wrangler Rubicon. This effectively allows for increased wheel travel for clambering over the rough stuff.

Inside, passengers are treated to SV sports leather seats with red stitching, and some soft Alcantara sections on the dash… and that’s about it. It’s usual Colorado stuff, including the instrument cluster and touch-screen media interface.

Other highlights include a tough rear sports bar, unique bodykit with a dark front grille and tailgate trim, along with some bolstered wheel arches and silver bash plates underneath. There’s also some black side steps, and loads of off-road-ready accessories to select from.

In other HSV news, the company confirms it will also be selling the Chevrolet Silverado and the Chevrolet Camaro, retaining the Chevrolet badges. This is essentially Walkinshaw (HSV parent company) doing the right-hand drive conversions. Australia and New Zealand will receive the 2SS variant, which uses a 330kW V8. These are set to arrive in mid-2018.