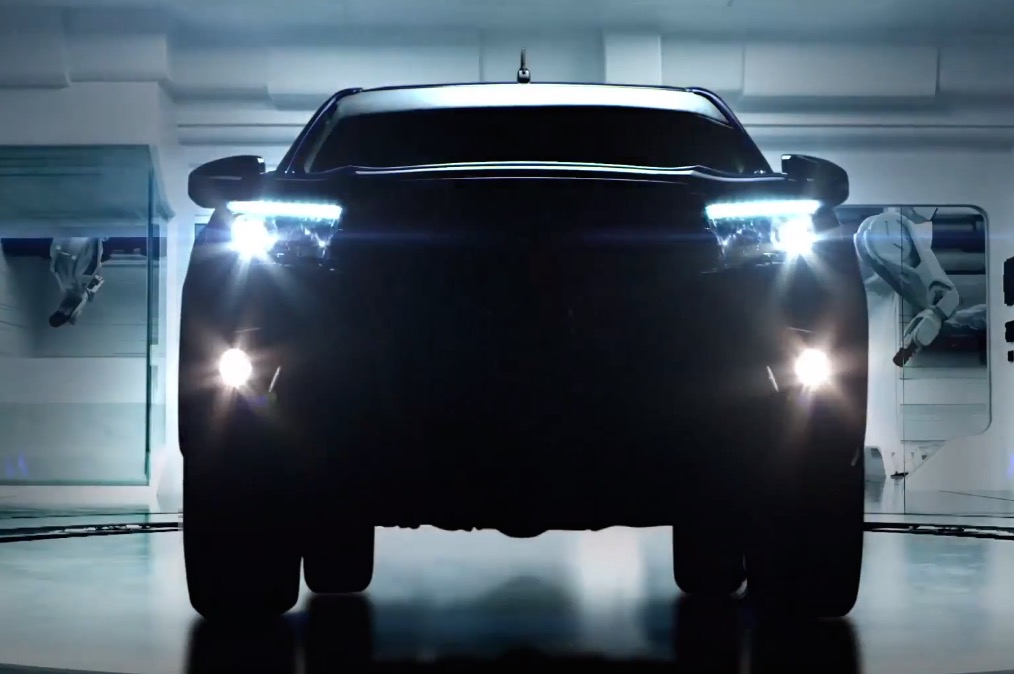 Toyota Thailand has released the first official teaser of the new 2016 Toyota HiLux, called the HiLux Revo in the local market. 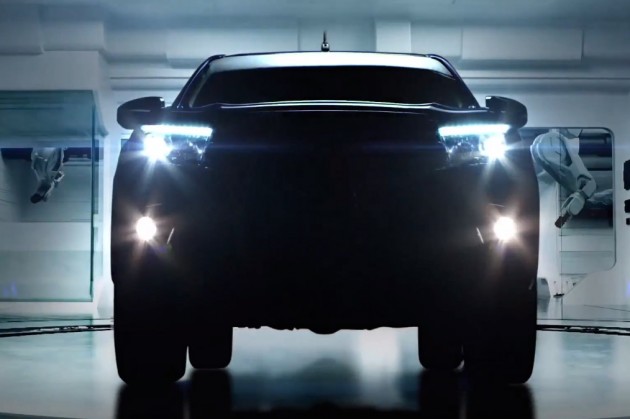 We’ve seen countless leaks and spy shots, and even spec sheet scans showing details of the new engine lineup. Now, Toyota is finally providing some official insight. Well, we say insight but all we actually get is a quick view of a silhouette of the front end. We do get to see the new headlights though and LED daytime running lights.

It was confirmed at the Vienna Motor Symposium that the new HiLux will get a new range of ‘GD’ engines, which will replace the current ‘KD’ lineup. As previously reported, this includes a new 2.4-litre turbo-diesel and a new 2.8-litre turbo-diesel.

The 2.4 uses a technology called Economy with Superior Thermal Efficient Combustion. It helps the unit to produce 119kW of power and 400Nm of torque. The latter figure is already higher than the current 3.0-litre’s effort.

Replacing the 3.0L will be a 2.8-litre producing 132kW of power and a more substantial 450Nm of torque. This is quite a jump from the current 343Nm on offer. The engine features a variable geometry turbocharger and comes with a new six-speed automatic.

Toyota is said to be planning a full reveal of the new model at a special event in Thailand on May 21. It’s then set to go on sale later this year. Click play below for a preview.