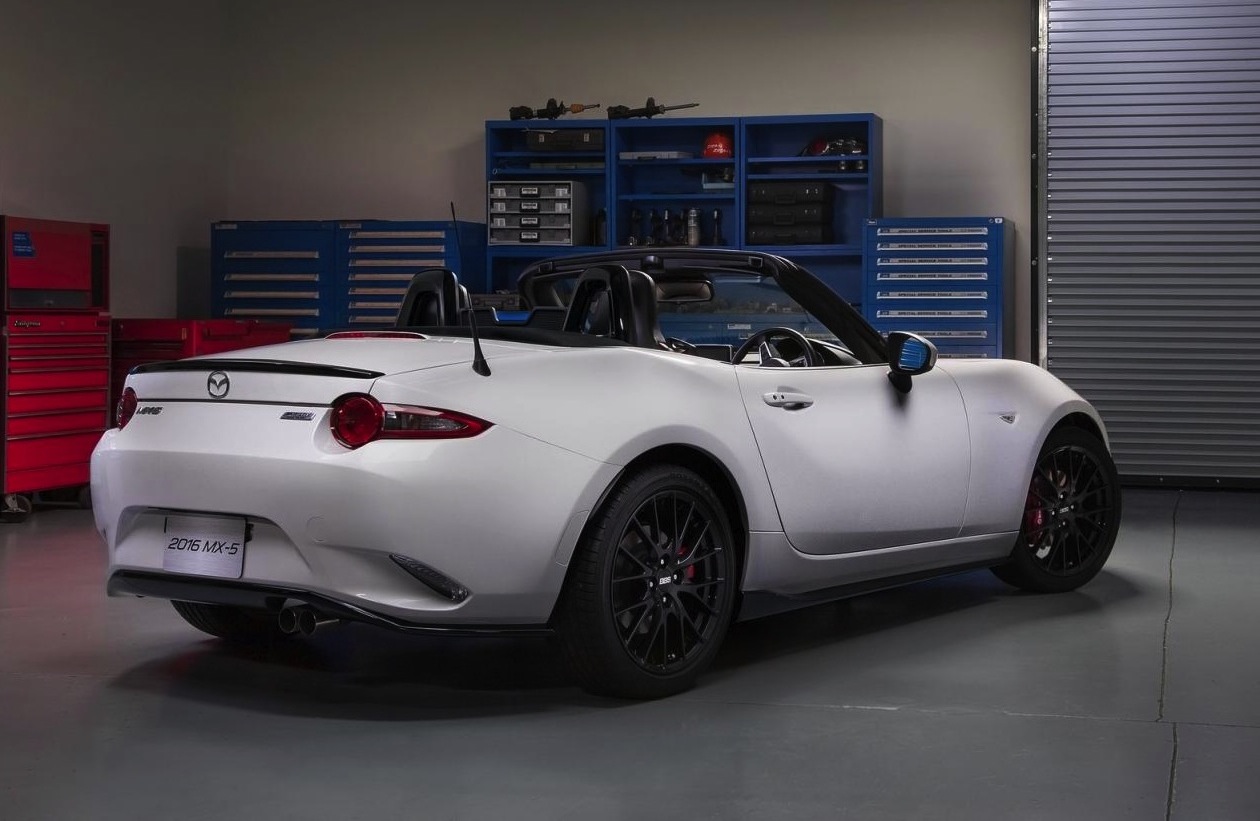 Following a sneak peek released only a few days ago, Mazda has officially lifted the lid on its MX-5 accessories design concept at the Chicago Auto Show. 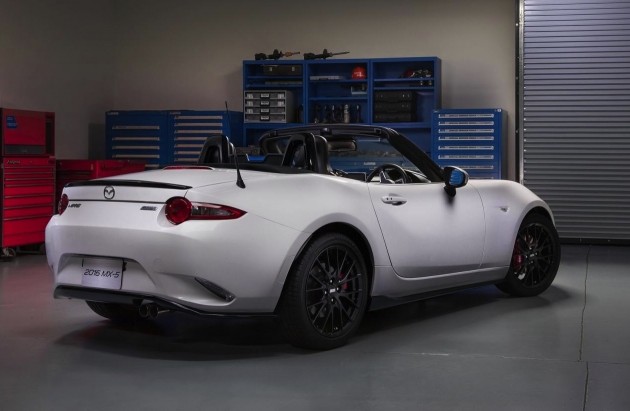 The concept is powered by a 2.0-litre, SkyActiv-G four-cylinder engine, which produces 116kW and 200Nm. A six-speed manual or automatic transmission transfers the power to the rear wheels for all kinds of MX-5 fun. This is the first time specs on the 2.0-litre have been revealed, at least in concept form – the entry-level 1.5-litre produces 96kW.

For the accessories design concept, the MX-5 comes with Ceramic Metallic paint, a new aerodynamic bodykit with an updated front bumper bar, side skirts, and a subtle rear spoiler. Mazda has sourced many of these upgrades from its 2016 MX-5 Global Cup Car.

Mazda also felt the need to show off a new carbon fiber luggage rack, which weighs under 1kg. It’s perfect for those MX-5 owners heading out of the city for a couple of days.

The 2016 MX-5 is scheduled for release some time in the middle of this year, with an Australian introduction set for later in the year. Some or all accessories featured on this concept are likely to become part of the options list.