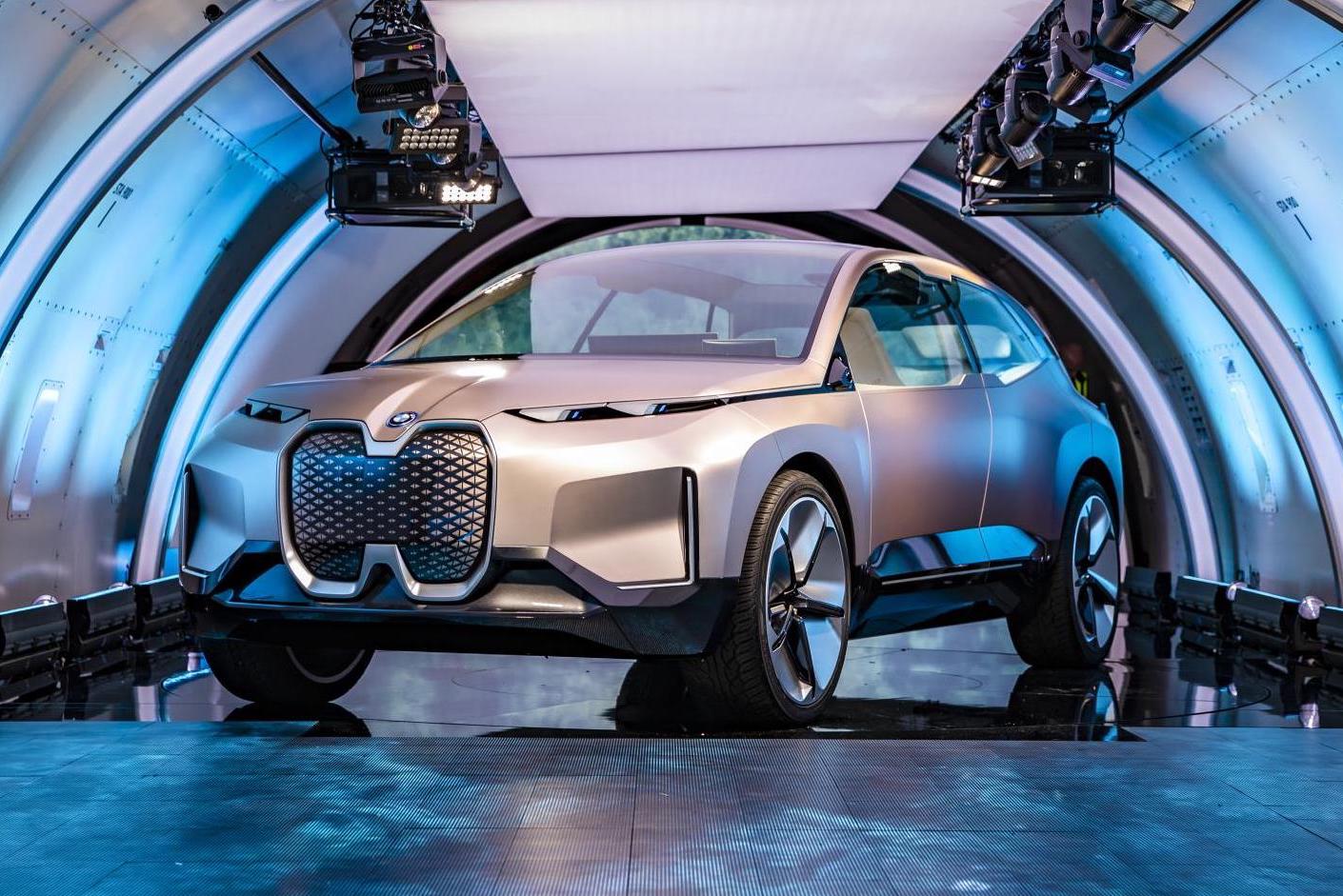 Following a number of teasers, BMW has this morning released images of its new Vision iNEXT concept that builds on the from the concept of a similar name last year. 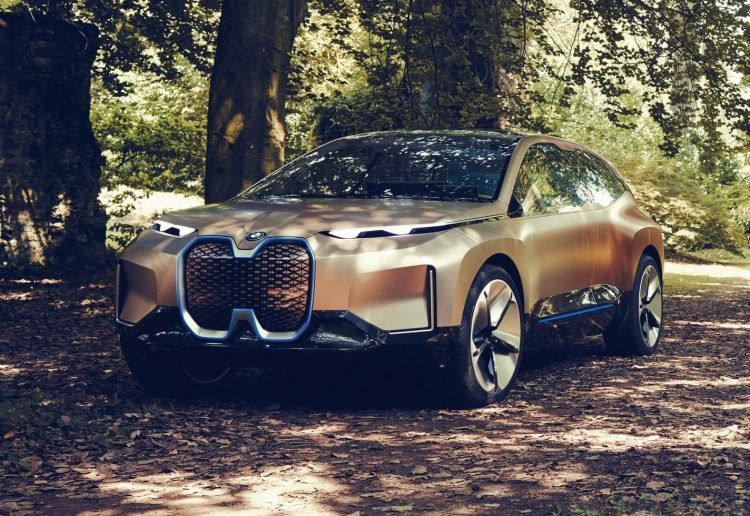 This is BMW’s vision for an X5-sized SUV of the not-too-distant future. In fact, the company says a series production version is slated to arrive in 2021. Its design previews “how the BMW iNEXT might look”, while taking BMW’s ‘D+ACES’ innovation strategy onto the road for the first time.

Starting with the exterior, because, well, how could you not. You can see some common BMW traits in there, such as twin kidney grilles at the front and similar C-pillar design to the i3, while plenty of modern and futuristic influences have also been infused.

For example, the front grilles are blocked off to help with aero efficiency as the powertrain is fully electric, while some trimmings are 3D-printed. Panel contours also have firm yet smoothened over edges, with blue highlights to indicate its eco-focused powertrain. 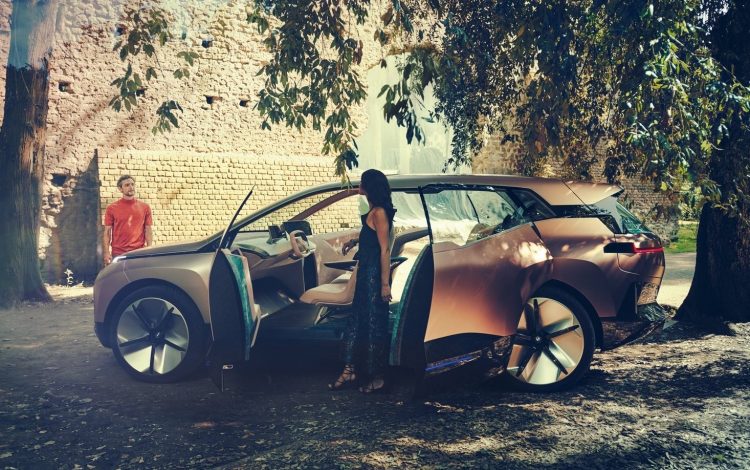 From the side the Vision iNEXT kind of appears as a coupe, with a narrowing rear side window and hugely chunky rear wheel arches. Cameras take the place of side mirrors, and you might notice there is no evident B-pillar. This is because the doors oppose each other, with reverse-swinging rear doors. Speaking about its design, Adrian van Hooydonk, senior vice president BMW Group Design, said:

“BMW i exists to generate creative, pioneering ideas which transform the way we think about mobility. The BMW Vision iNEXT marks another next big step on that journey of transformation, showing how more intelligent vehicles can make our lives easier and more beautiful.” 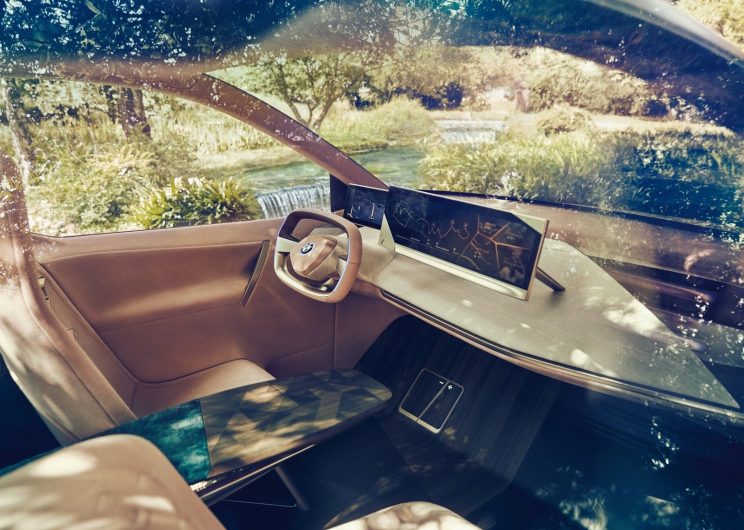 The interior is perhaps even more spectacular than the exterior. Designers have created two distinct themes for the driver, including a ‘Boost’ mode which embraces the experience of driving, as well as an ‘Ease’ mode which helps enhance the in-car human interaction via autonomous driving capabilities and reduced controls – check out the accelerator and brake pedals/buttons.

Most of the materials used inside would not seem out of place in a modern lounge room or office, with open-pore wood finishes, illuminated crystal glass, and bronze-tone fixtures. It’s all arranged to be like a modern office as well, with a ‘floating coffee’ table in the centre, and a laid-back lounge area for the rear passengers. 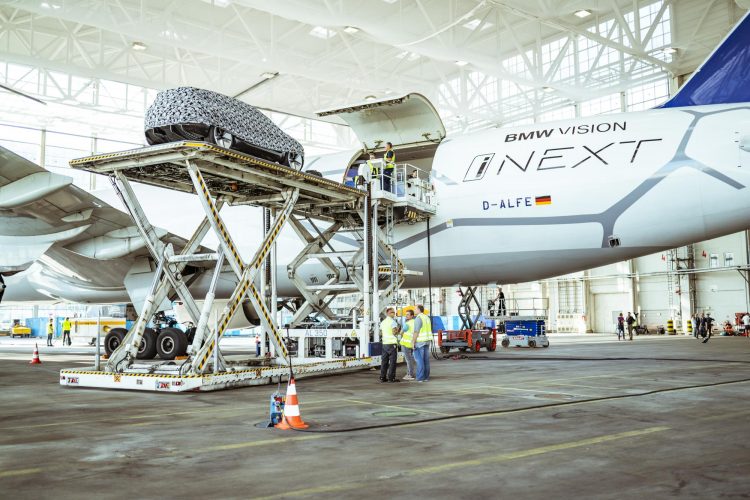 BMW has been showcasing the concept around the Northern Hemisphere over the past week or so, carting it around on a special Lufthansa 777F flight which doubles as an exhibit room when landed. Klaus Fröhlich, member of the board at BMW AG responsible for development, said:

“iNEXT is our mobility proposition for the future, so it’s only logical that the BMW Vision iNEXT should be presented to a global audience in a fresh new style. The World Flight is a fitting way to get the ball rolling.”

The concept gives us a preview into the future design and technology of BMW models. The first production vehicle to be inspired by such philosophy will be the BMW iX3 fully electric SUV. It will be the company’s first full electric model, slated to go into production in 2020.