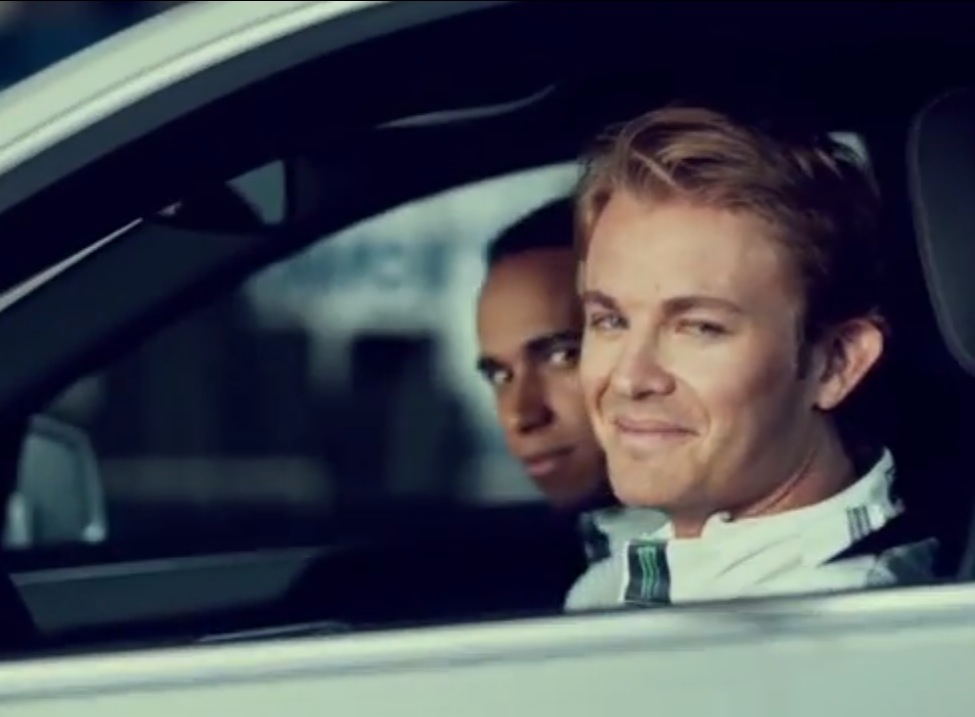 A Mercedes-Benz commercial is gathering momentum on YouTube, promoting the new S 500 Plug-In Hybrid. The advertisement tries to highlight the connection between Mercedes F1 technology and the technology used to develop the S 500. Team F1 drivers Nico Roseberg and Lewis Hamilton make an appearance in a mildly humorous skit. Take a look below.