The all-new MINI Paceman has been revealed ahead of its 2012 Paris Motor Show debut later this month. The Paceman is a two-door version of the current Countryman, using a layout BMW calls the ‘Sports Activity Coupe’. 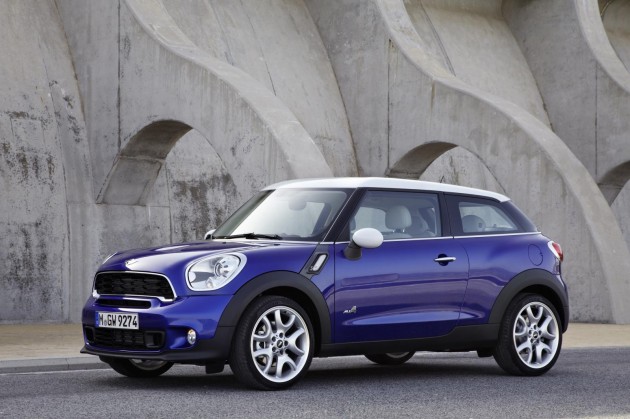 As we saw last week in some revealing photos, the MINI Paceman is a funky little thing, showcasing bubbly styling infused with chrome trimmings, rough and tough black plastic panels and wheel arch extensions, all riding on a jumped up semi-SUV body. 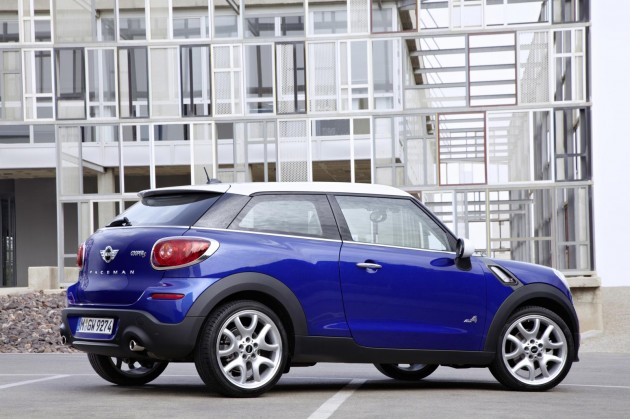 The base model Cooper Paceman features the non-turbo version of the engine, producing 90kW and 160Nm. It’s capable of 0-100km/h in 10.4 seconds, with an average fuel economy rating of 6.0L/100km. 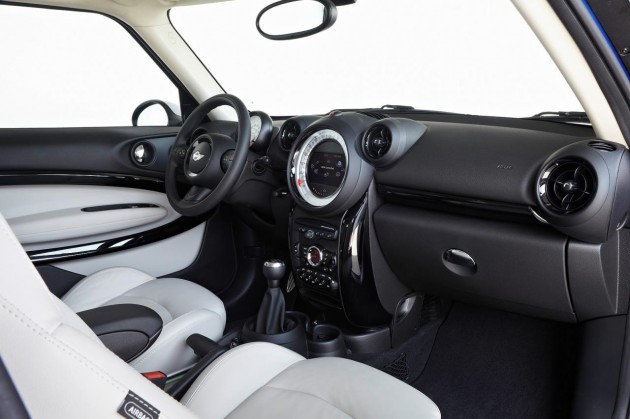 Inside, the new model is decked out in true modern MINI style, with a unique centrally-mounted speedo sitting centre stage on the dash, surrounded by aviation-styling switchgear and air vents and pockets.

There’s also a set of sports seats in the front, and two folding chairs in the back. Up to 1080 litres of cargo space is on offer with the rear seats folded down, or 330 litres with them in the normal position.

The MINI Paceman will arrive in European markets in March, 2013. It’s set to reach Australia at around the same period. Local specifications and trim levels are yet to be finalised.