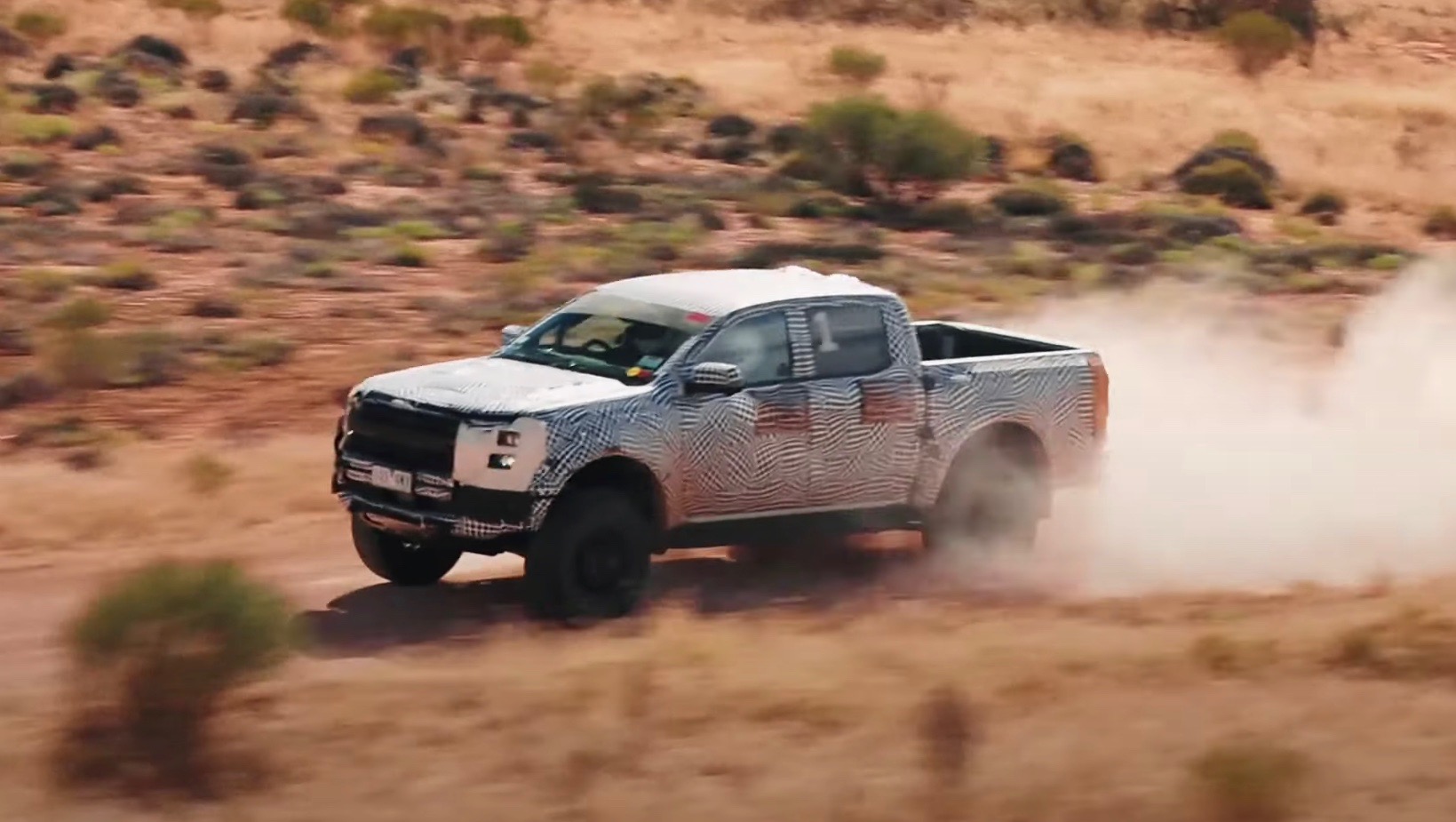 Ford is getting ready to unveil the next-gen 2023 Ford Ranger Raptor, which is set to arrive in Australia late this year. The company has sent out a teaser video, with engine sound, to give us all a preview. 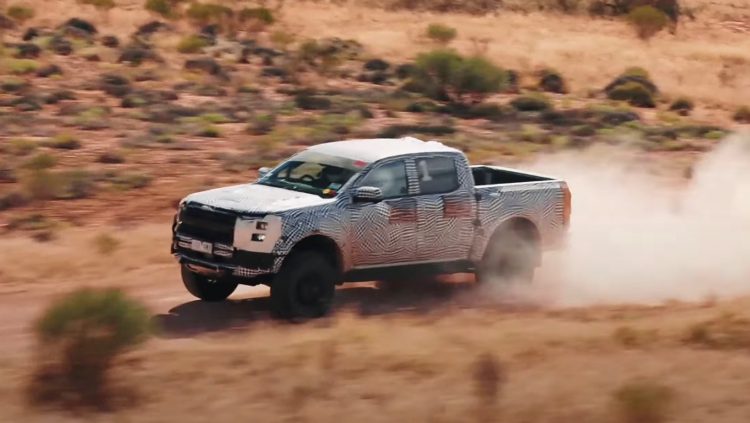 Following the debut of the all-new Ranger in November last year, fans have been eager to see what the company will do for the Raptor variant for the next generation. Well, the video below shows it will continue its Baja rally-like attitude and character, with big tyres sitting in bulging wheel arches.

As we already know, the new Ranger is based on the same T6 platform as the current/outgoing model. The chassis has been revised quite a bit, however. For example, the front structure is new to accommodate a turbo-diesel V6 option, and the front wheels are pushed forward by 50mm to improve the approach angle. Other changes have also been employed to improve ride and handling, and overall off-road capability. 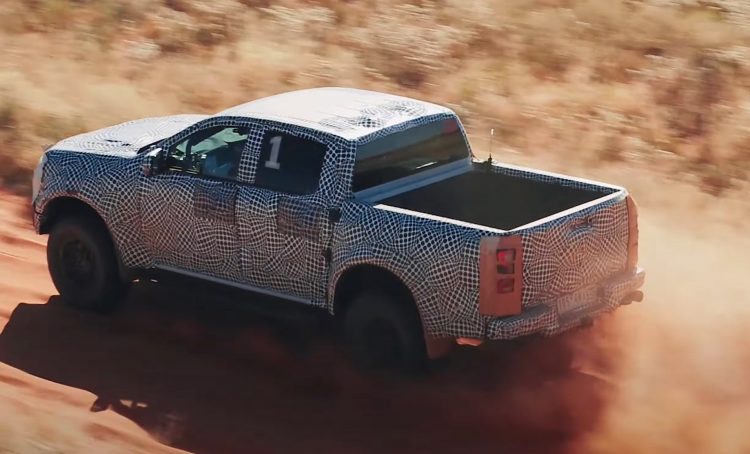 Like the outgoing model, the new version has been developed and tested right here in Australia, as well as other regions such as Asia, America, and Africa. Buyers will be offered a huge range of accessories and options, including ARB goodies backed by Ford warranty.

Back to the Raptor, though. There has been some speculation as to what will power the new beast. There’s been talk of everything from a boosted 2.3-litre petrol four-cylinder and even a V8. But the most likely option seems to be a twin-turbo V6 petrol, potentially developing around 300kW and 560Nm. 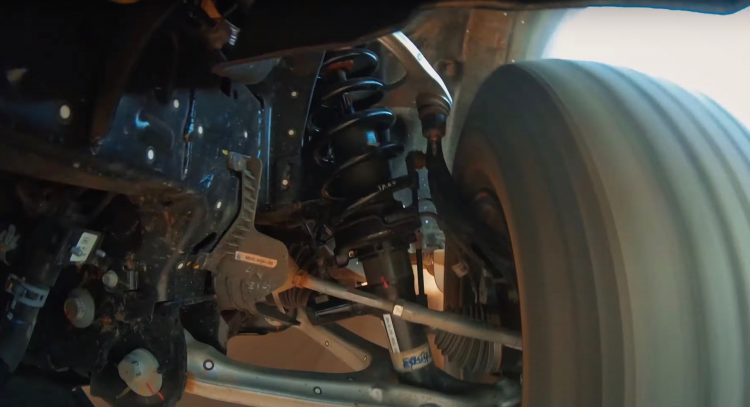 In the teaser video below we think it certainly sounds like a turbo V6 petrol engine. It actually reminds us of the Alfa Romeo Quadrifoglio V6 turbo, in terms of sound. We also get a sneak peek at the heavy-duty coilover-style front suspension, likely incorporating Fox hardware again.

All will be revealed on February 22, although more teasers will probably roll out in between now and then. We’ll keep you updated nonetheless. The regular new Ranger is set to hit Australian showrooms during the middle of this year.