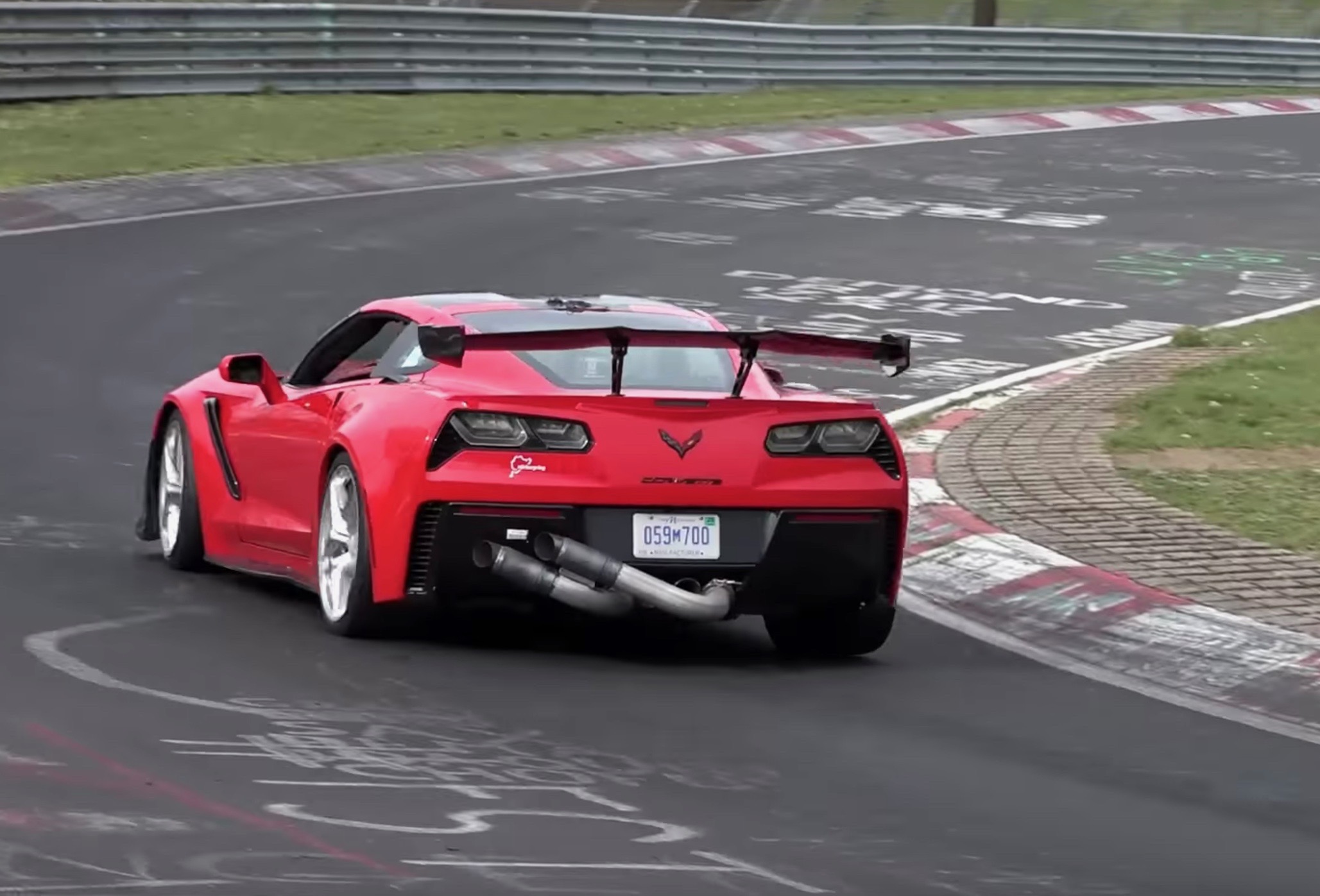 It looks like Chevrolet could be attempting to break a new lap record at the Nurburgring with the 2019 Corvette ZR1, as spy photographers spot an official prototype attacking the circuit at full speed. 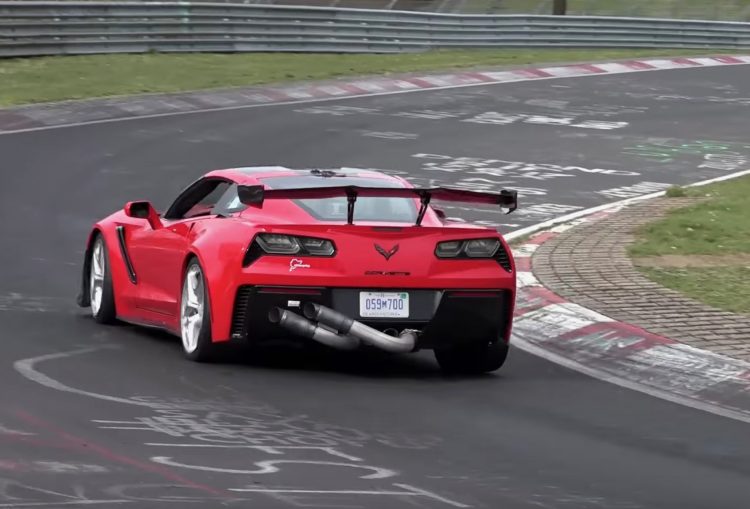 The new Corvette ZR1 certainly has the potential to set some kind of record. As revealed last year, the sports car is powered by a new ‘LT5’ 6.2-litre supercharged V8 that belts out an incredible 563kW of power and 969Nm of torque.

Across the 0-60mph (97km/h) sprint, the clock stops in just 2.85 seconds, with the quarter mile achieved in just 10.6 seconds. The body adopts some very aggressive aero features to help press it onto the ground, giving it huge potential on a track.

The video below shows a GM prototype first doing some warm up laps and then what seem to be full-heat hot laps. Since the car has already debuted and is just on sale now, speculations suggest GM isn’t doing further calibration, but instead hunting for some kind of lap time.

At the back you’ll notice the strange exhaust extensions poking sideways. It’s understood these extra pipes are only there to adhere to track regulations during industry testing periods. It also suggests the engineers and test driver aim to give it the full beans.

Although Chevrolet might not be looking to better the outright lap record for a production car, currently standing at 6:47.25, achieved in the new Porsche 911 GT2 RS, the American company might be looking to at least set a new personal best.

We’ll have to wait and see to know for sure, and keep you posted. If nothing else, it’s interesting to see the beast attacking the circuit at full noise. Take a look.