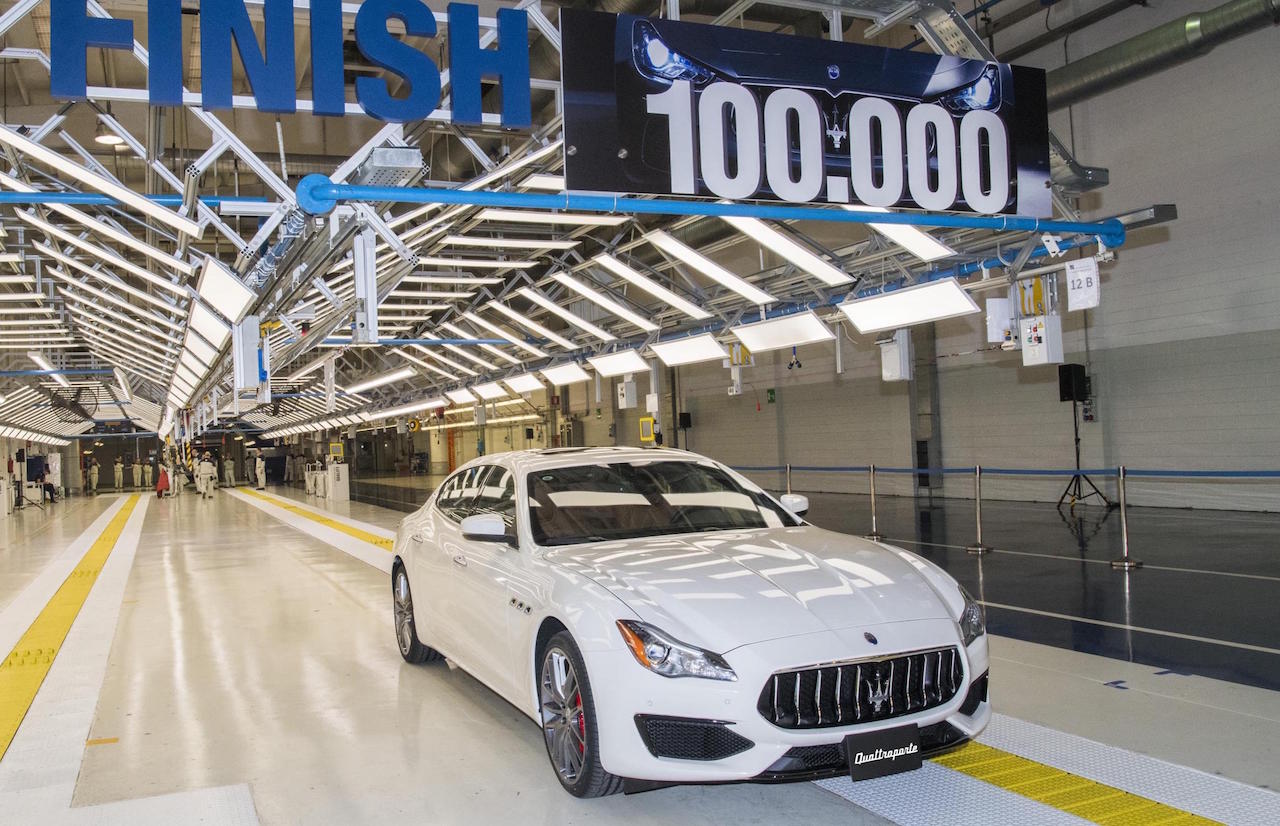 Maserati is celebrating the completion of its 100,000th vehicle produced at its Avv. Giovanni Agnelli Plant (AGAP) in Italy.

In just three years since its opening in early 2013, Maserati hit the major milestone, with the 100,000th car being a white Quattroporte GranSport fittingly headed to the People’s Republic of China; Maserati’s largest global market for the Quattroporte.

The plant, named after the man who founded Fiat in 1899, has been home to the production of Ghibli and Quattroporte models, which as Fiat COO explains has fast-become one of Maserati’s busiest production lines.

“The sixth generation of the Maserati saloon, developed here at Grugliasco, is the best-selling Quattroporte of all time and almost 70,000 units of the Ghibli, built here, have now left the production line, meaning that in little more than three years it has become the most successful Maserati of all time,” Fiat COO Alfredo Altavilla commented.

“With the Levante, the brand has now moved into the SUV segment and the ‘Maserati spirit’ has also reached the Mirafiori plant, where the Levante is produced. The men and women who work here… are already well aware of this because many of them mentored their Mirafiori colleagues during the production launch and build-up phases for the new Levante SUV, acting as ambassadors for the brand’s craftsman-like care and attention to detail,” Altavilla concluded.

The Levante is built at Maserati’s Fabbrica Italia Mirafiori factory, where it shares a production line with the Alfa Romeo MiTo. Production of Maserati’s GranTurismo and GranCabrio take place at Maserati’s headquarters in Viale Ciro Menotti, Modena. The former, the GranTurismo, is set to end production soon with a replacement with the same name coming before the turn of the decade.

So far this year (through November), Maserati has sold 460 vehicles in Australia. The figure is down 5.7 per cent on 488 vehicles sold during the same 11-month period in 2015. It’s the Ghibli that has been most popular so far, contributing 325 sales this year. 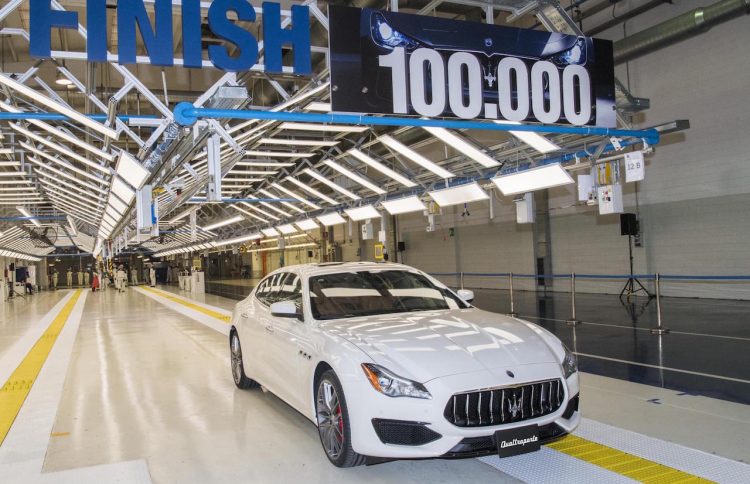