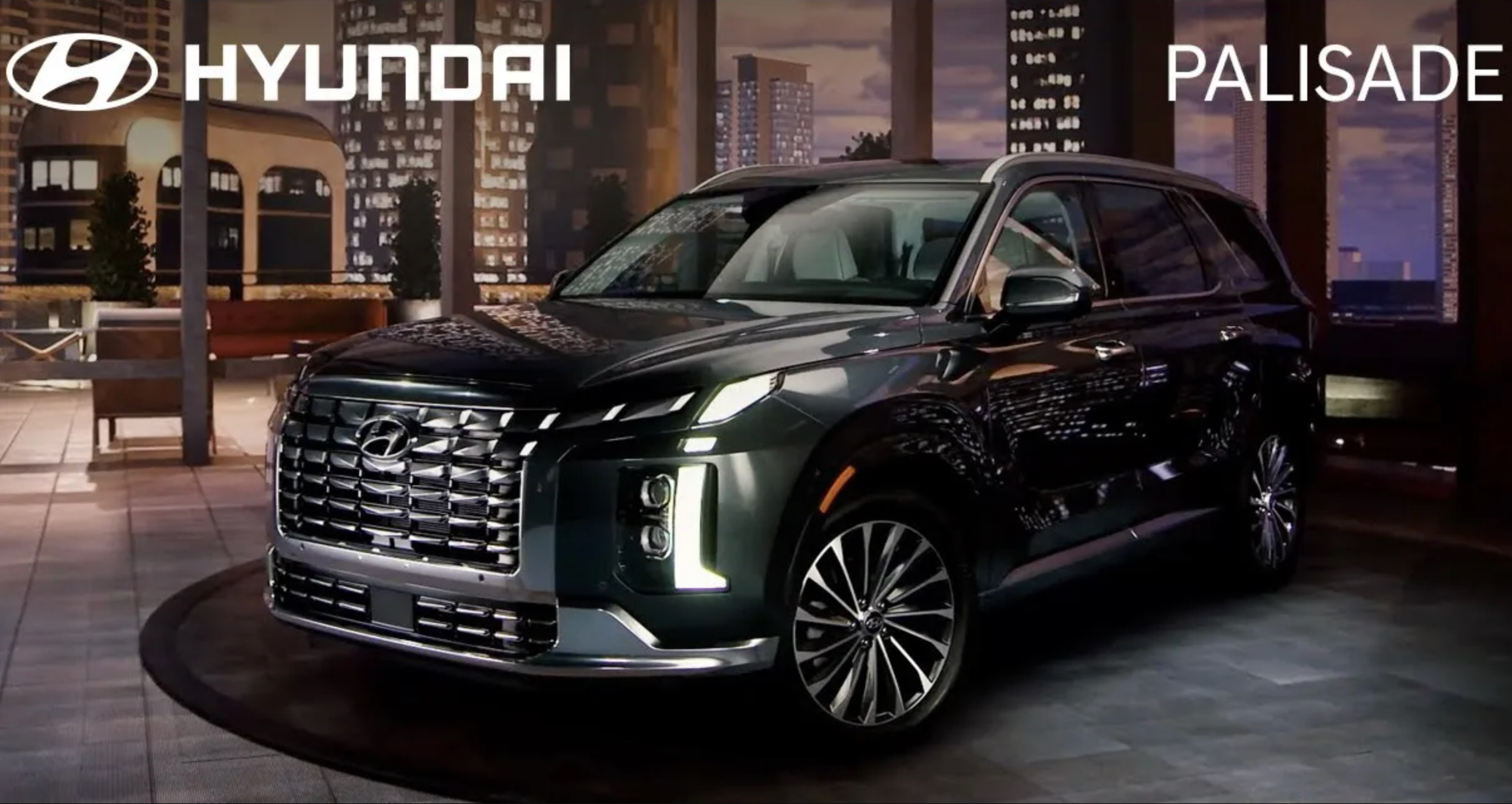 An image of the 2023 Hyundai Palisade has surfaced online, revealing the updated large SUV ahead of its official debut later this week. 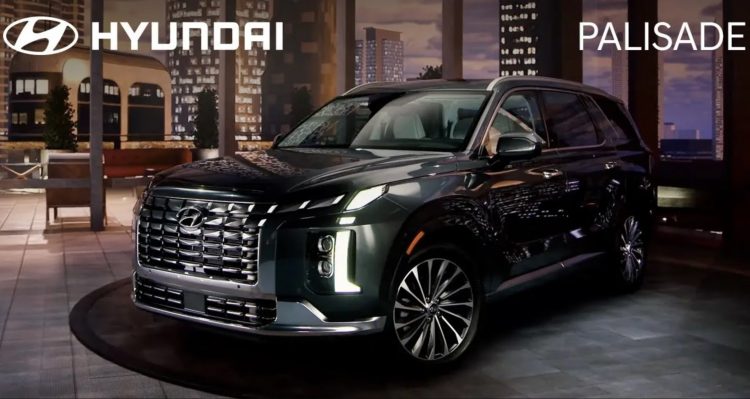 The 2023 Palisade is not set to be a major generation change but instead a pretty major facelift. And now, thanks to an image that has popped up online, we can see the extent of the design change.

Judging by the image, which was first found as a thumbnail on an official Hyundai promo video before it was swapped, the new Palisade will get a smoother front end and extended grille area.

Like the latest Tucson and Santa Fe, the daytime running lights strike through sections of the bumper bar, with split headlights running across the top and vertically stacked below. The front end seems to drop lower than the outgoing model too, giving it a fuller, more prominent stance.

We haven’t seen any views of the rear yet but we suspect Hyundai will apply some changes, potentially including horizontal taillights like on the other SUVs in the showroom, as well as a revised tailgate and bumper bar.

Inside, expect the latest digital screens on the dash running Hyundai’s new operating system and apps, presented on a 12.3-inch main touch-screen. Various refinements are also likely, with new materials and colours coming in to give it a fresher look and feel.

As for the powertrains, the current V6 petrol and 2.2-litre turbo-diesel are expected to carry over, at least in Australia. A newer 3.5-litre V6 could continue overseas, while the idea of the company’s 2.5-litre turbo-petrol four-cylinder might be held off until a full generation change further down the track. A 1.6-litre turbo-petrol plug-in hybrid might also be introduced in some markets, producing around 195kW like in the Kia Sorento PHEV.

Hyundai Australia is set to launch the new Palisade during the second half of this year, while the official unveiling is scheduled to take place at the New York Auto Show, from April 13.