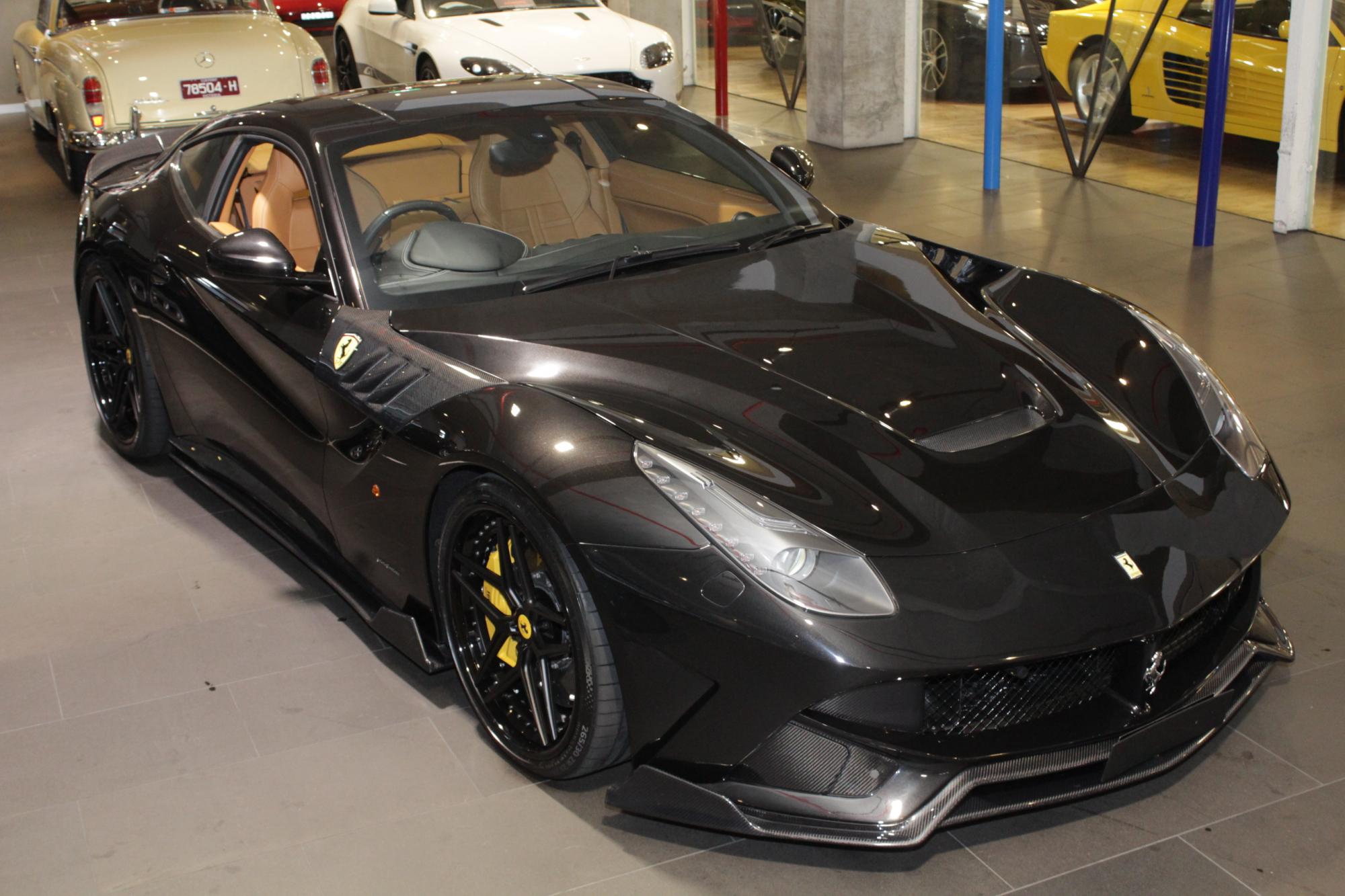 A custom optioned Ferrari F12 Berlinetta is up for sale in Australia, featuring a full carbon fibre bodykit which is from Ferrari’s bespoke option list. 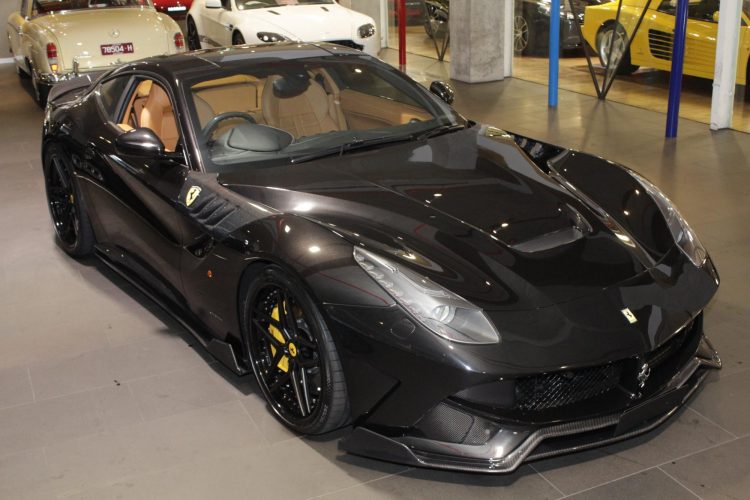 On first impressions the car looks like an F12 tdf. However, on further inspection it seems it is a regular F12 that has been optioned up to the max. It showcases a full carbon fibre bodykit which apparently set the original buyer back another $90,000 on top of the $690k starting price.

It also comes with Scuderia racing shields, bespoke 22-inch five-spoke ‘Nero’ wheels which were a $40k option, hiding a set of carbon ceramic brakes clamped by Giallo calipers. According to the advertisement the body and aero kit is inspired by the 599XX track car.

The options don’t stop at the interior either. There’s a pair of Daytona bucket seats wrapped in beige Nappa leather with heating functions, along with a complete carbon fibre trim package with carbon paddle shifters, carbon dash trimming, and carbon steering wheel sections. A high-end JBL audio system and reversing camera has also been optioned in. 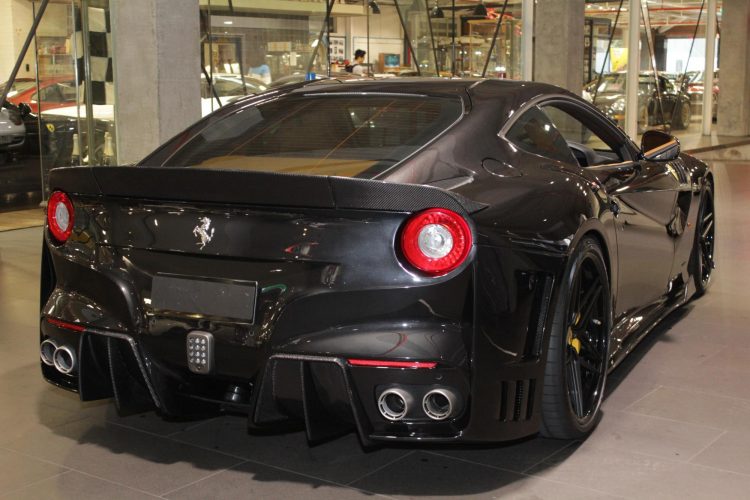 It doesn’t look like any changes have been made under the bonnet. But, with a 6.3-litre naturally aspirated V12 producing 545kW and 690Nm, we doubt many punters are going to be complaining. Ferrari claims a 0-100km/h time of just 3.1 seconds, which is extraordinary for a rear-wheel drive car.

According to the ad the owner had the car custom built from Modena, setting the owner back over $900,000. The asking price is $769,990, which is not bad considering it has only travelled 3880km since new – a quick way to lose about $130,000. Head over to the Dutton Garage website for more info.