Manhart Racing is doing what it does best once again, following the introduction of the M5-based MH5 S Biturbo last week. This time the company has focused its attention on the BMW M3 and has equipped it with the engine from a BMW X6 M SUV. 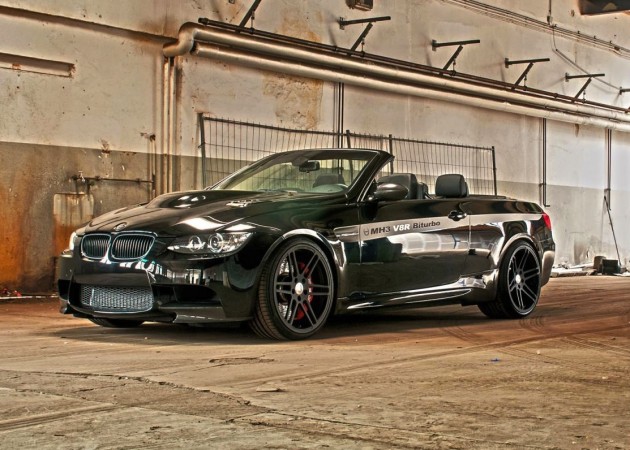 The X6 M might be a vehicle designed to take on mud tracks and general off-roading, it doesn’t mean it’s a tame and timid machine though. In standard form the X6 M comes with a slightly detuned version of the 412kW BMW M5 engine; a 4.4-litre twin-turbo V8 producing 408kW and 680Nm.

Converted into a BMW M3 convertible, the package would be nothing short of a rocket ship. Not content with leaving the engine in stock tune, Manhart Racing has tweaked the engine computer and added an Akrapovic Evolution titanium exhaust system with 90mm outlets. This results in a power hike to 488kW and 955Nm. 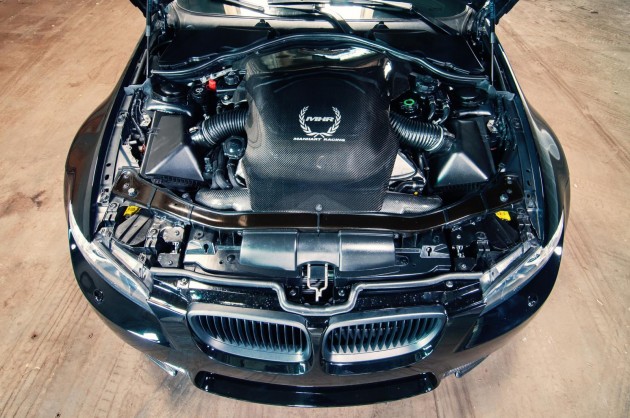 In a car that’s already quick with its stock 4.0-litre naturally aspirated V8 producing 309kW, the MH3 V8 R is sure to be a hoot to drive. Manhart Racing says its top speed is now over 320km/h.

Other highlights to the project include Manhart suspension with KW tuning, a complete brake upgrade with 396mm front and 374mm rear cross-drilled disc brakes – taken from an X6 M – as well as a set of 20- by nine-inch front and 20- by 12-inch rear alloy wheels.

The car is currently on display at the Essen Motor Show in Germany. The show runs from December 1 until December 9.