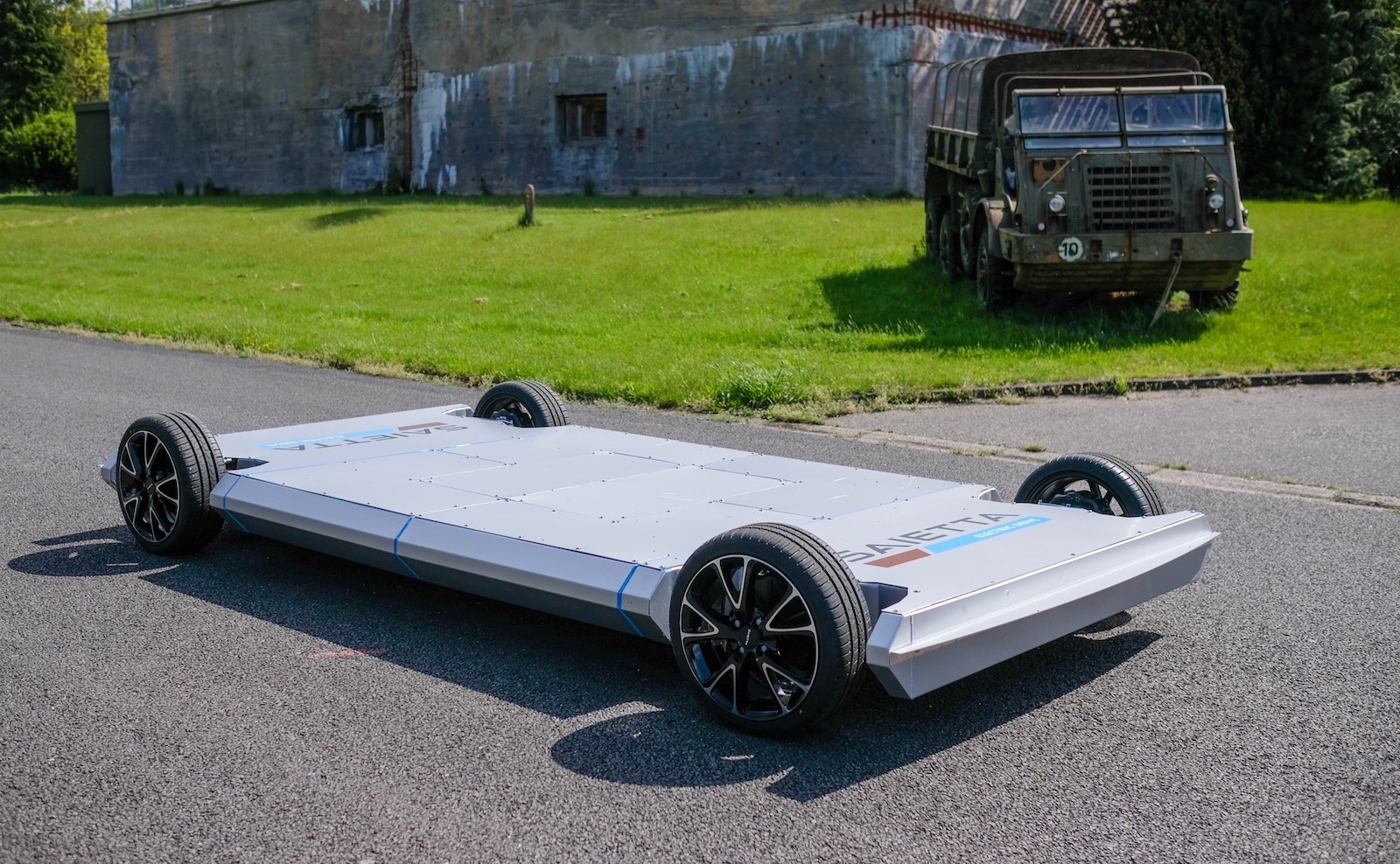 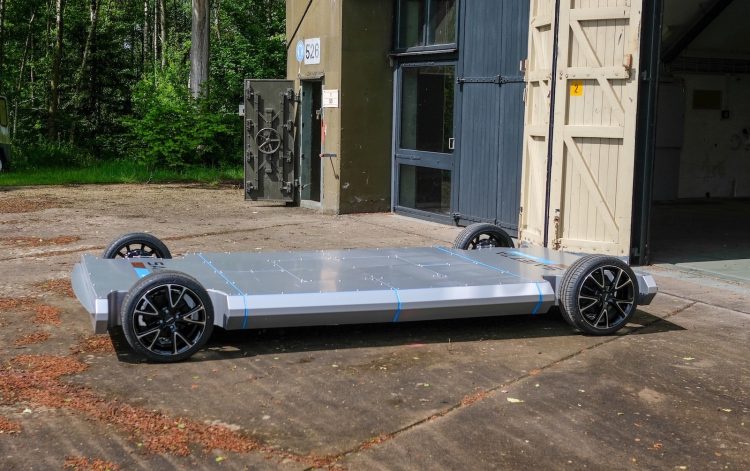 Saietta says the innovation is most applicable and efficient in the urban environment, with its AFT 140 wheel-mounted motors offering high torque density at low voltage. The company’s design means that there is zero intrusion into the cabin with its completely flat battery design, eliminating the need to mount electric motors over the front and rear axles.

The AFT 140 motor also comes fitted with a regenerative braking system, which captures energy through friction during braking, and sends it back to the battery pack. 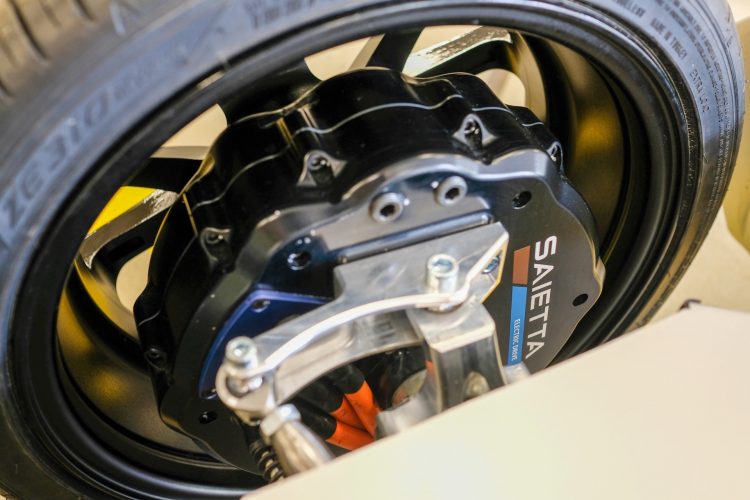 The company has posted a video (bottom of story) to showcase the motors in action, with its CEO, Wicher Kist, stating that the AFT is superior to other technologies first of all because the “basic actual flux – which is the most efficient motor in our opinion – is already a pancake shape”.

“If you look at the inside of a wheel, that’s the shape of a pancake, so it’s almost our duty to move that drive technology out of the vehicle into the wheel,” he said.

Saietta has made it clear that it does not intend to become a manufacturer of EV platforms, instead, the company says it wants to show the virtues of a wheel-mounted motor, and hopes to collaborate with major manufacturers. 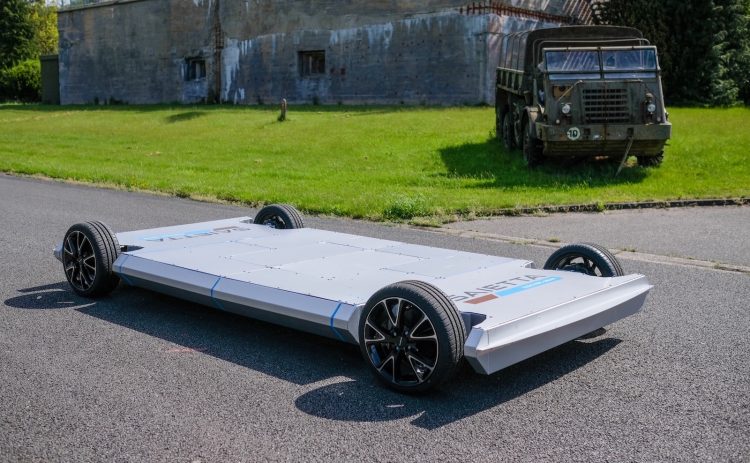 ‘We are not intending to become a platform manufacturer and only developed a chassis to demonstrate the power of our in-wheel motor innovation. We want to work with platform developers, complementing rather than competing with their innovation. Ultimately, we believe that inner city electric vehicles will be fully autonomous and our in-wheel motor technology can play an important role in this market.”

Whether or not major manufacturers want to take Saietta up on its offer to help design the next-generation of electric vehicles will become evident in the near future.