Kia has announced it will be putting the Kia pro_cee’d GT three-door and five-door cee’d GT into production, ready for a European launch next year. The sports hatches are based on the European-only Kia cee’d, which is based on the Hyundai i30 platform. 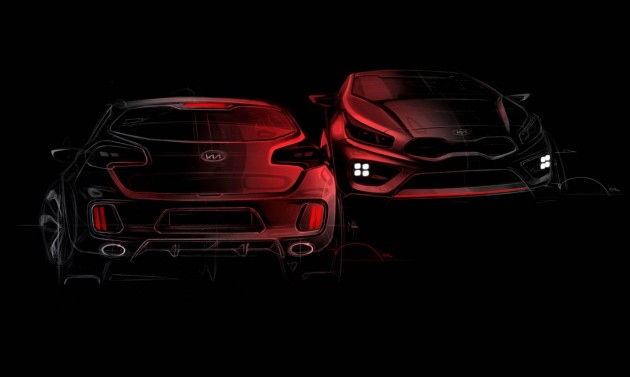 Sporting a similar 1.6-litre direct injected turbo four as the Veloster SR Turbo, the GT will offer 152kW of power and 265Nm of torque. Although specifications may change slightly by the time the car goes into production in Zilina, Slovakia, in May, Kia is expecting the hot hatch to cover 0-100km/h in 7.9 seconds.

The variant will be available with a six-speed manual transmission sending power to the front wheels. It will also be backed by a number of sports car highlights, including Recaro bucket seats, alloy pedals, 18-inch alloy wheels, and sports suspension with chassis stiffening revisions. 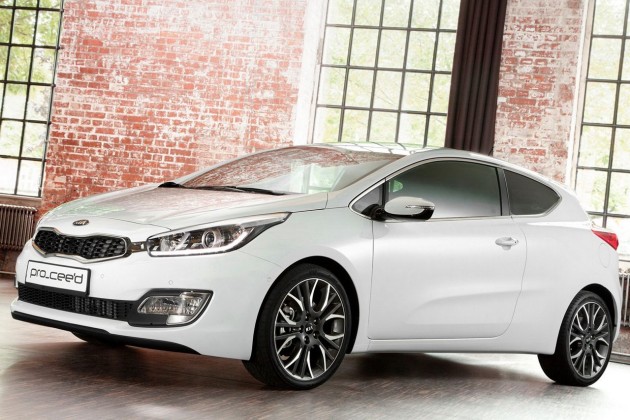 The new cee’d GT is yet to be fully revealed. A concept version was shown at this year’s Paris Motor Show (above), giving us a preview of what such a model would entail. Kia promises a new grille, deeper bumper bars for a more sporty appearance, and a set of new headlights.

An initial sketch has been released with the announcement, providing a tease as to what the car will look like. Unfortunately, Kia Australia has no plans to bring the car Down Under, at this stage anyway.

Preliminary specifications are as follows: