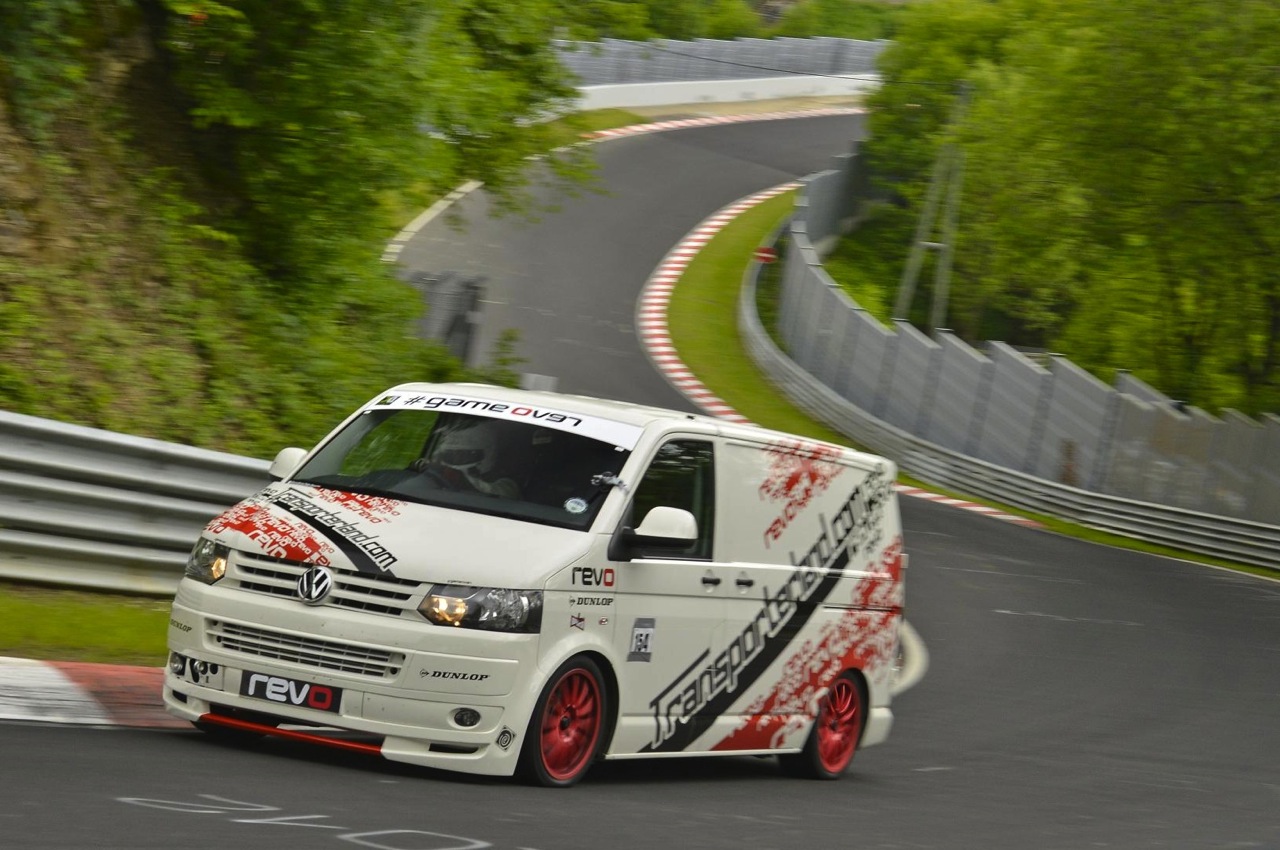 Volkswagen tuner Revo has broken the Nurburgring van lap record by completing a lap of the famous circuit in a very respectable 9:57.36. The record took on the complete north loop circuit, as opposed to the ‘Bridge to Gantry’ section which is often timed. 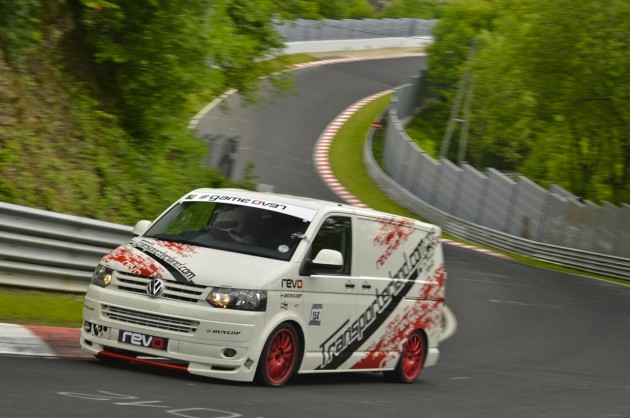 The previous record for a commercial vehicle was set by Sabine Schmitz and Top Gear, posting a time of 10:08. That was achieved on the shorter Bridge to Gantry section.

As you might suspect, the Revo VW T5 is modified. The 2.0-litre twin-turbo diesel engine features a Milltek cat-back exhaust system, a retuned ECU, and a Forge intercooler and oil cooler. All up, the package produces 164kW.

To keep the top-heavy vehicle stable in the corners, the T5 is equipped with a Bilstein B14 coilover suspension kit, and a set of Team Dynamics wheels wearing sticky yet road legal Dunlop Direzza tyres.

The most interesting part about the lap effort is the car was driven to the circuit and then driven back home again. Revo explains:

“With this lot fitted, the ethos was simple; drive it the 580 miles (934km) to the ‘Ring, complete with all of the crew’s kit and gear in the back, drive around the track as fast as possible, and then drive all the way home again. No trailers, no back-up plans, no contingencies. Just a simple proving exercise of the concept in a real-world situation.”

Even though the van is modified, it’s a great effort for a vehicle that is otherwise used to work duties and deliveries and so on. Click play below to see the record lap.