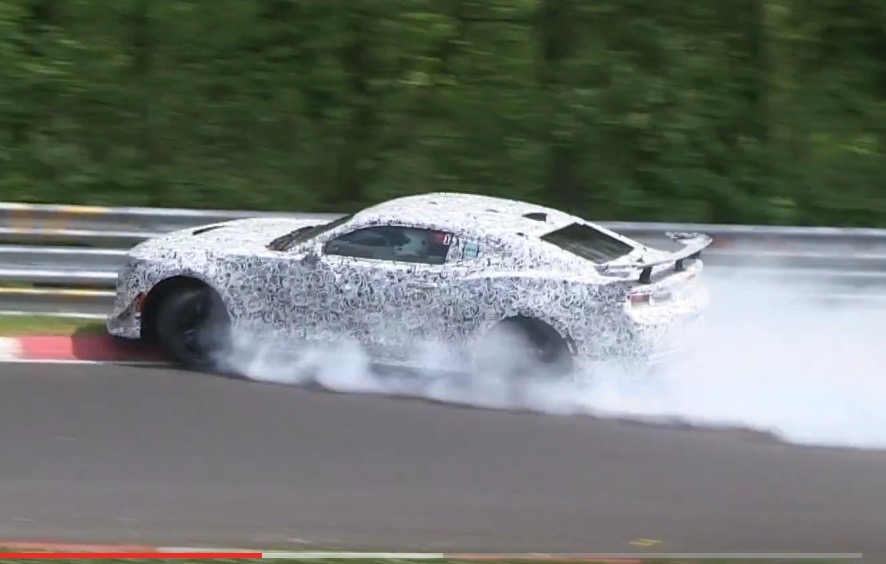 Chevrolet has been spotted test driving a prototype version of the new Camaro Z/28 track-oriented muscle car. And by the looks of it, it’s not very track-oriented just yet. 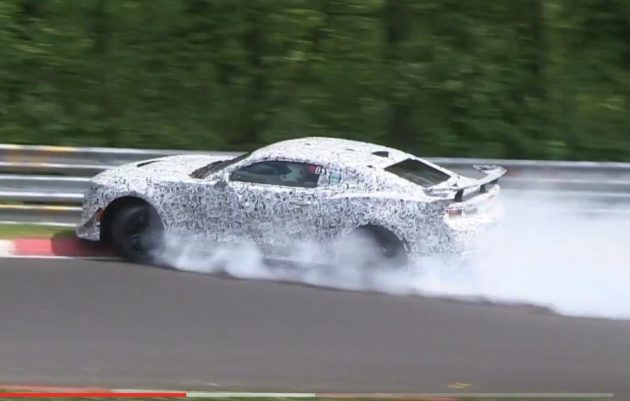 The Camaro Z/28 will be the new stripped out and more focused version of the muscle car, featuring various aero and mechanical enhancements. As you can see on the prototype, there’s a big rear wing, deeper front chin spoiler, and a chunkier rear diffuser.

It’s understood the new model will be powered by a unique powertrain, but as of yet the engine is still unknown. Rumours suggest the LS7, which is a naturally aspirated 7.0-litre unit producing around 377kW.

Mark Reuss, GM product boss, said in an Automotive News report that the new Z/28 will go for a Trans Am theme, aiming at being a hardcore driver’s machine. He said:

“We’re looking at the original formulas of the Trans Am homologation of the Z/28. The formula may change a little, but it still needs to be a wicked fast track car more capable maybe than the comfort- and driver-oriented models.”

By the looks of the video below, Chevrolet is taking testing very seriously. In fact, engineers are pushing prototypes to the limit, even if certain calibrations aren’t quite right.

As you can see the driver loses control and smashes into the guardrail. But we think this was mainly due to an incorrect brake calibration. The rear wheels clearly lock up well before the fronts had a chance to bite in. The ABS didn’t appear to be working either.

Aside from the crash, the car looks extremely quick, even around corners. It also sounds very low and meaty, like a big-capacity engine. Click play below and feel free to tell us what you think it sounds like. Official details on the car are expected soon.