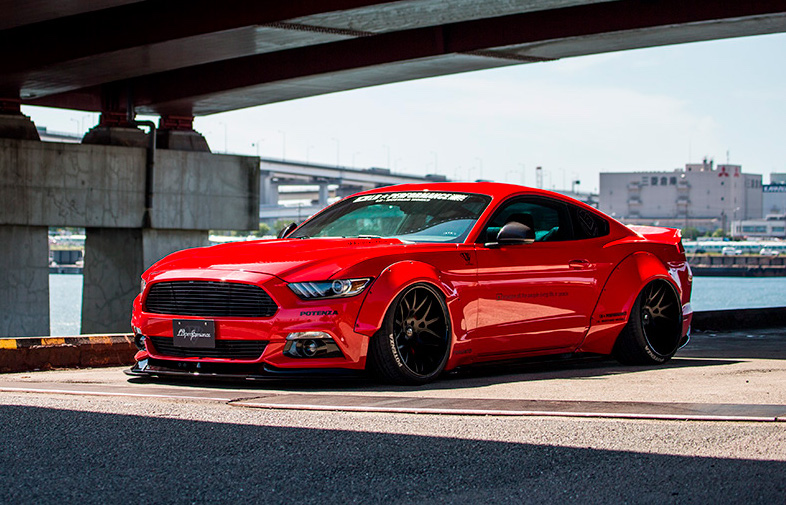 Fancy a new bodykit to help give your Ford Mustang a Japanese tuner theme? Liberty Walk has just created such a kit that should tickle your fancy. 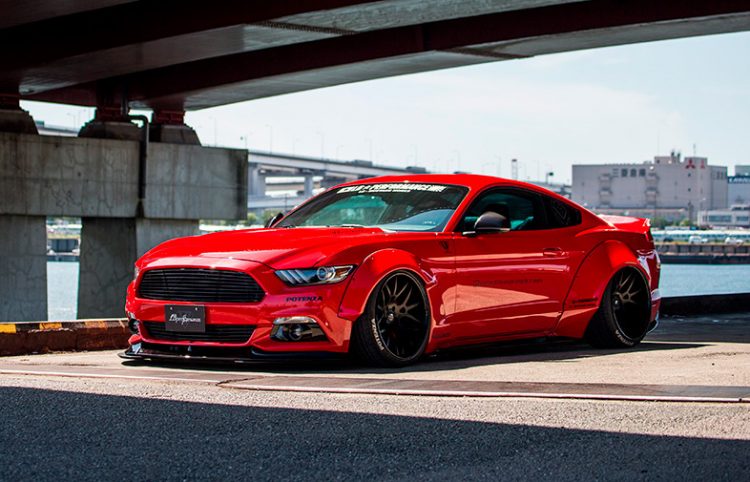 Liberty Walk, based in Japan, is usually known for creating wild bodykits for high-end supercars including Lambos and Ferraris, and the Nissan GT-R. However, it’s turned to the good old American muscle car for the latest package.

For starters, you’ll probably notice the jaw-droppingly wide bodykit with custom wheel arch flares giving it a quintessential Liberty Walk essence. These try to encompass a set of deeply dished mesh-style black alloy wheels featuring the American NASCAR-inspired yellow printing on the tyres. The wheels are well up in the arches thanks to an AirREX air suspension conversion.

At the front is a low splitter system with struts to hold it up, with a custom bonnet featuring air vents in the top corners to give the Mustang a more serious first impression. Around at the back is a chunky diffuser with extended skirting around the bottom of the bumper bar to match the side skirts, while up top is another NASCAR-inspired item; a steep blade-like rear wing integrated into the boot lid. 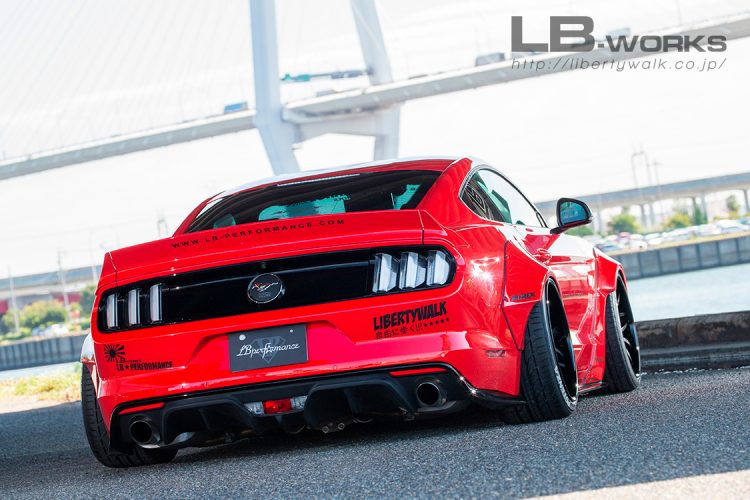 There isn’t any mention of any performance tuning under the bonnet, but even if it features the 5.0-litre V8 from the standard Mustang GT, that spits out 313kW, it more than does well to propel the sports car in a swift fashion.

Ford has experienced huge sales with the new Mustang in various parts of the world. Last year it was statically the most popular sports car in its class in Europe in terms of sales. And in Australia, it has been a master stroke for the local arm, dominating all sports car classes on home soil as well.

With the Liberty Walk kit there’s no doubt you’ll be able to stand out in a crowd of ‘regular’ Mustangs. What do you think? Does the ’Stang suit this style of cosmetic tuning?