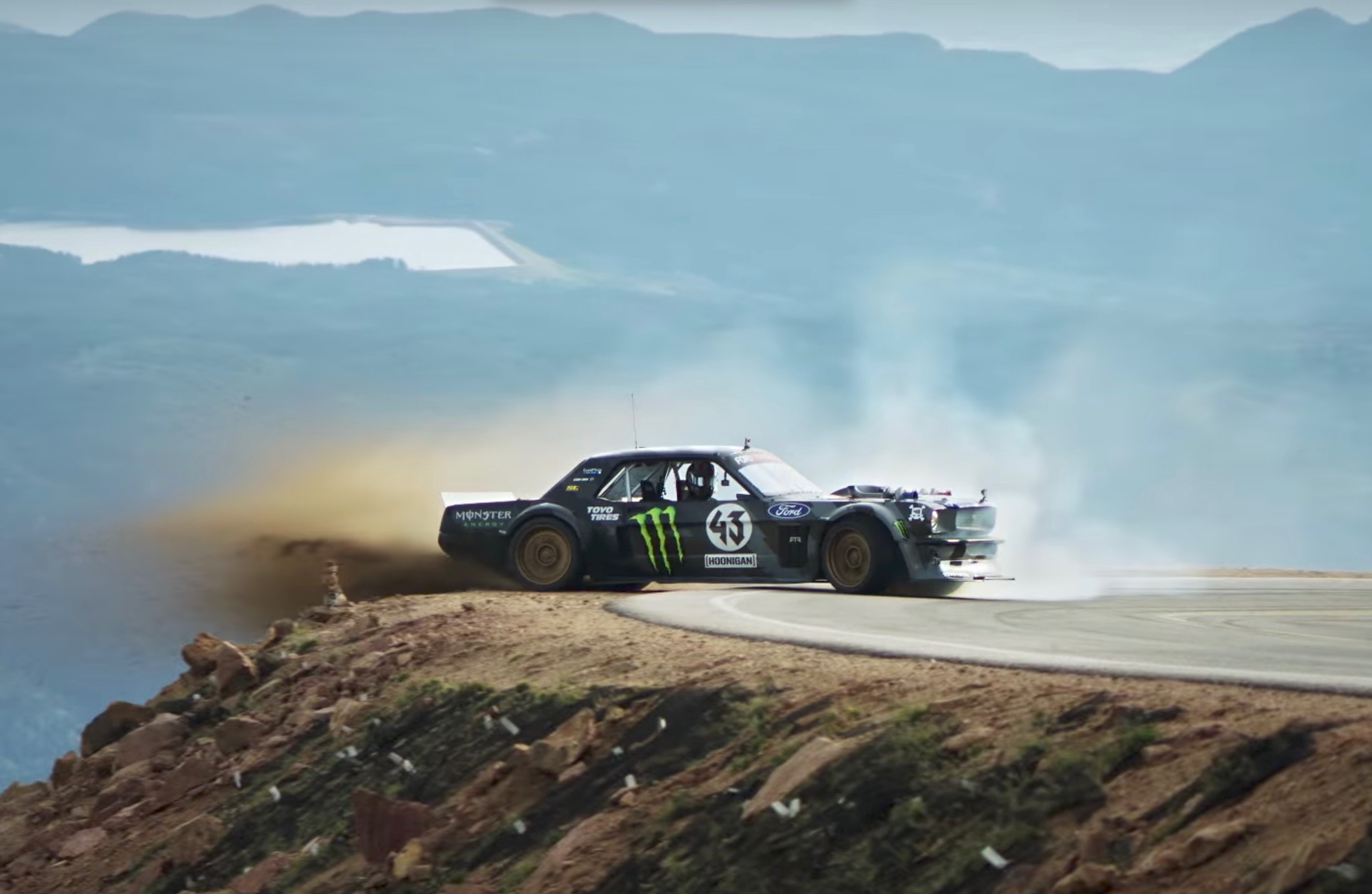 Ken Block is up to his usual antics again, drifting like a mad man in unusual locations. This time he’s taken his Ford Mustang up perhaps the most famous hill climb of them all; Pikes Peak.

This was probably one he’s been wanting to do for quite a well. Pikes Peak is home to a mega hill climb event that takes place every year, luring in some of the wildest racing creations from all around the world often with some big-name drivers behind the wheel.

Anyway. Back to Ken Block. This is another one of his short films that’s definitely worth watching. The all-wheel drive Mustang smokes all four tyres almost the entire way up the climb, getting nail-bitingly close to some of the monster cliff edges that fall straight from the sides of the road in some places. We won’t waste any more of your time reading about it. Check it out below.