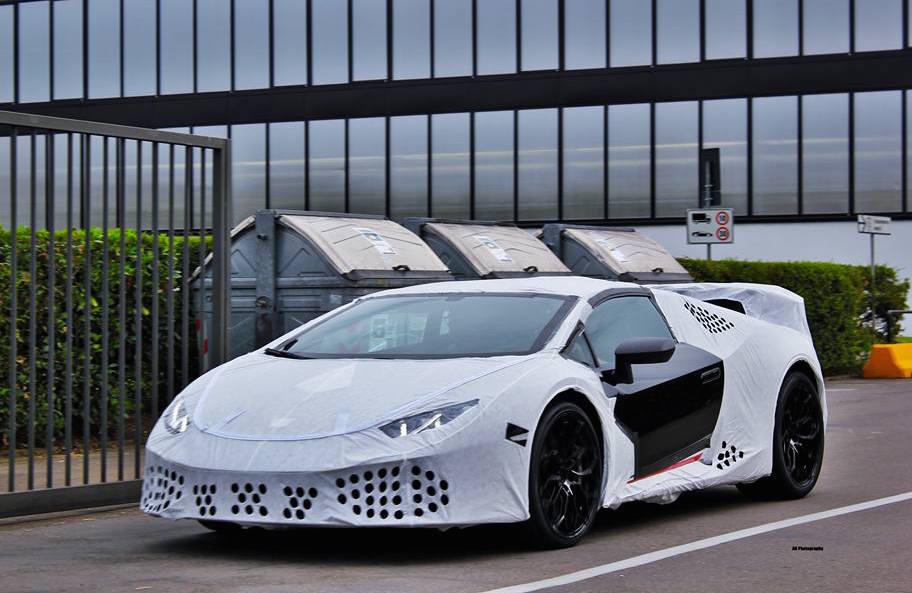 Lamborghini has been spotted once again test driving a peculiar prototype version of the Huracan, with all signs pointing to a ‘Superleggera’, of sorts. 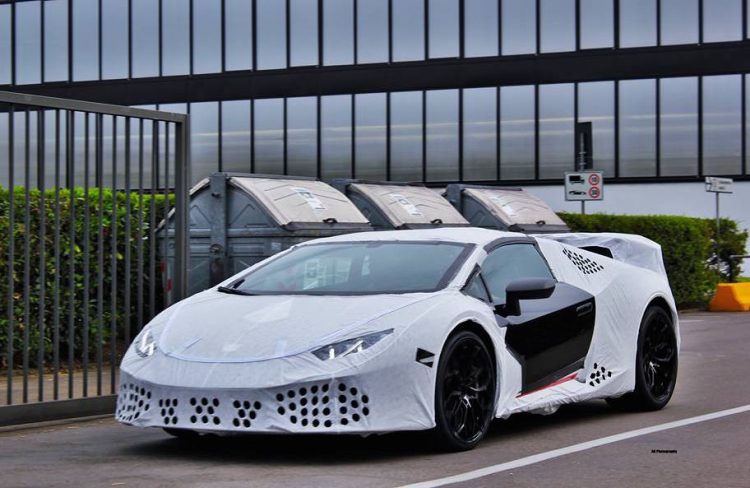 The company was spotted testing a hot version of the Huracan at the Nurburging last month, featuring more aggressive aero treatment. The example spotted here, by Horsham Super Spotters Facebook page, is wrapped in sheeting to protect the design from the public.

Even with the sheeting, it’s clear to see the more hardcore Huracan will come with aero improvements, including pronounced side skirts, a deeper front chin and intake system, and, although the sheeting doesn’t do much to hide it, a large rear wing.

Like the Gallardo Superleggera predecessor, the hypo Huracan – name not yet confirmed – is set to go on a diet and drop around 100kg. We can expect special lightweight wheels and even wheel nuts, possibly lighter windows, and a partially stripped out cabin.

To further boost the power-to-weight ratio, more power is likely to be extracted from the 5.2-litre naturally aspirated V10 engine. In its current LP610-4 form, it produces 449kW. Industry speculation suggests a 10-20kW increase.

If we’re lucky Lamborghini might unveil the new variant at the Paris motor show in September. We’ll keep you updated.