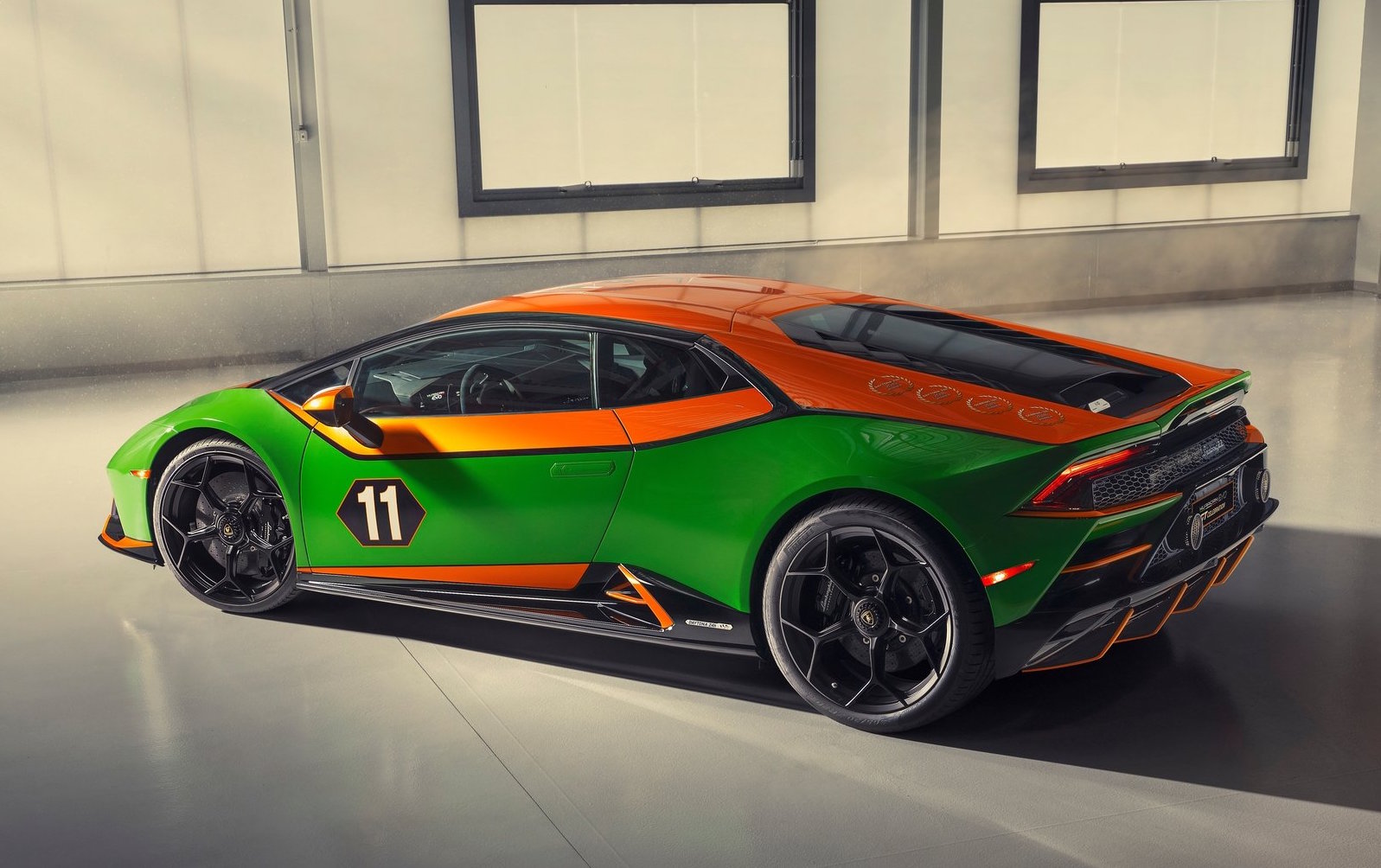 Lamborghini revealed a couple of new special editions at the Monterey Car Week event over the weekend, at Pebble Beach, introducing the Aventador SVJ 63 Roadster and the Huracan EVO GT Celebration. 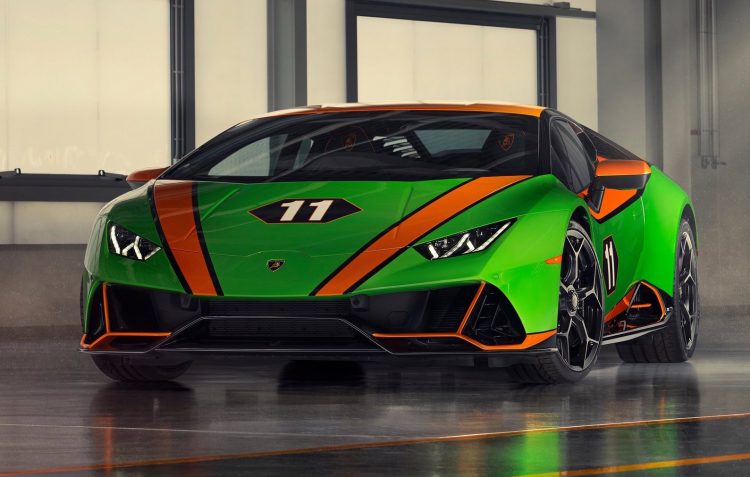 Starting with the Huracan EVO GT Celebration, it was designed as a tribute to the Huracan GT3 EVO racing cars, which compete in the 24 Hours of Daytona and 12 Hours of Sebring. To highlight its motorsport connection, the special edition features a livery inspired by Grasser Racing Team, with Verde Egeria green and Arancio Aten orange.

Other highlights include the number 11 on the doors, as well as unique 20-inch centre-lock racing-style wheels, and coloured brake callipers. Buyers will also be able to option for a personalised Lamborghini Squadra Corse shield, applied on the roof with Italian and US flags.

The special edition is based on the new Huracan EVO, which was designed to bring all of the best elements of the various Huracan versions together into one package. Power comes from a 5.2-litre naturally aspirated V10 that’s tuned to produce 470kW at 8000rpm, and 600Nm at 6500rpm. It conquers 0-100km/h in a claimed 2.9 seconds. 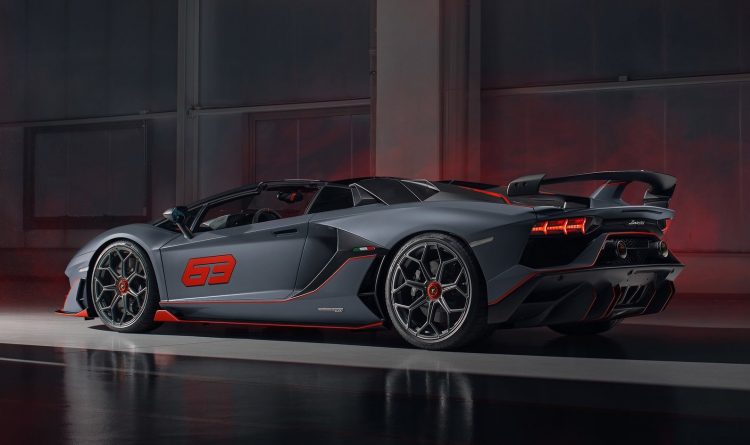 As for the Aventador SVJ 63 Roadster, the project was put together with help from the Ad Personam department (Lamborghini’s customisation division). For the exterior buyers will be able to choose from matt or gloss carbon fibre for the roof, engine cover, engine vents, windscreen trim, and side mirrors, while the Leirion forged wheels show off a new matt titanium finish.

The example on display at Pebble Beach showcased a matt grey Grigio Cronus and Arancio Dryope (orange) colour scheme for the interior, with carbon fibre and CarbonSkin highlights. Carbon seats are decorated with Q-Citura cross stitching, with ’63’ logos behind. Alcantara is also used to trim the interior. 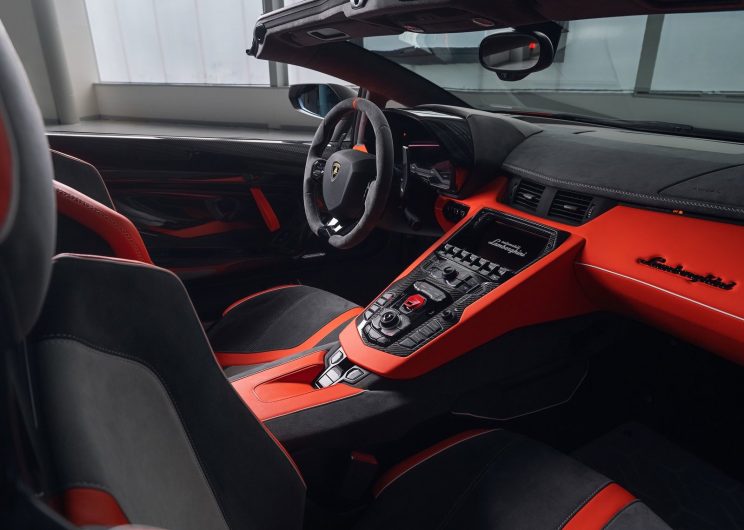