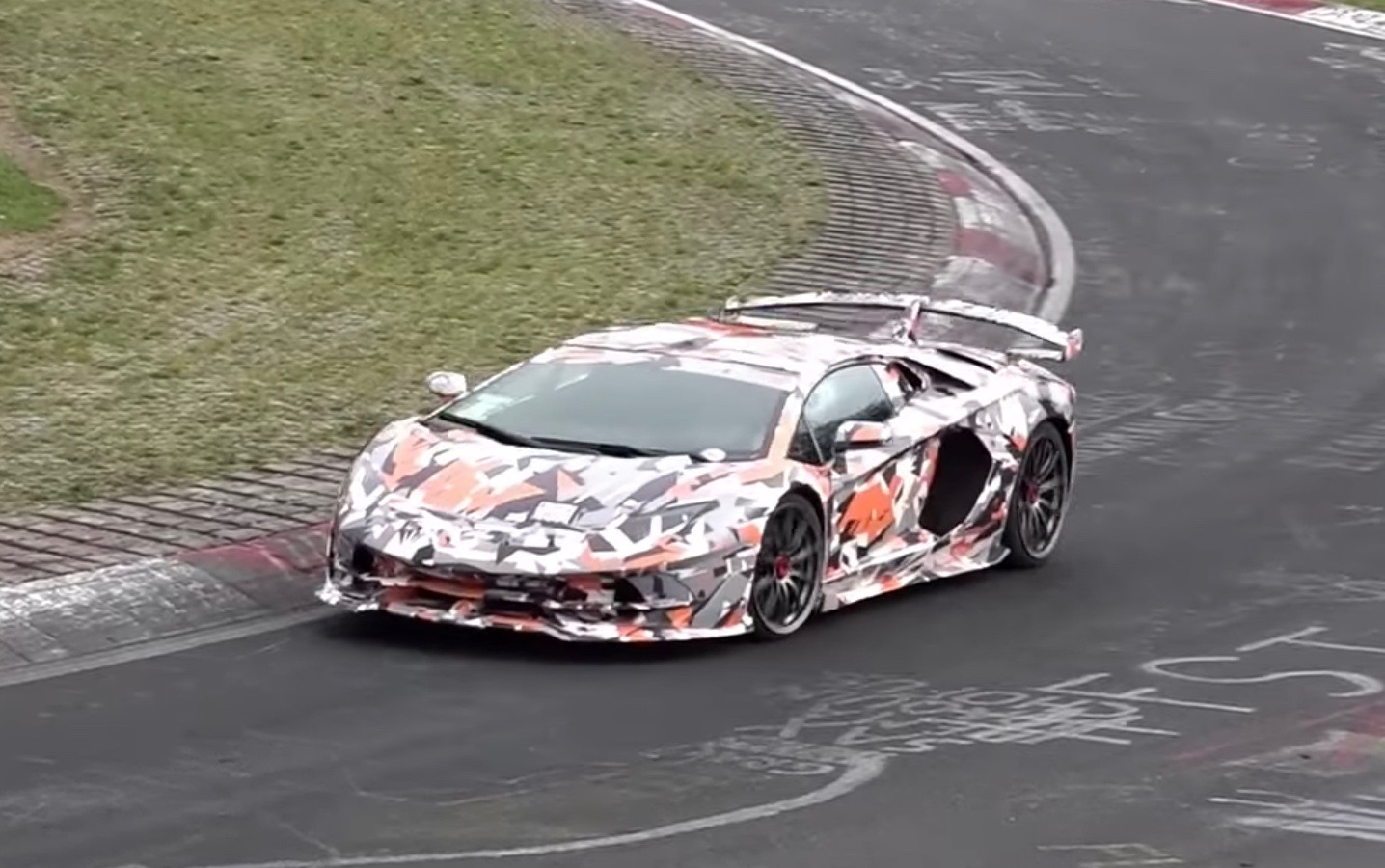 Lamborghini has been spotted testing a hardcore Aventador prototype out on the Nurburgring, set to be an evolution of the already-bonkers Aventador SV. 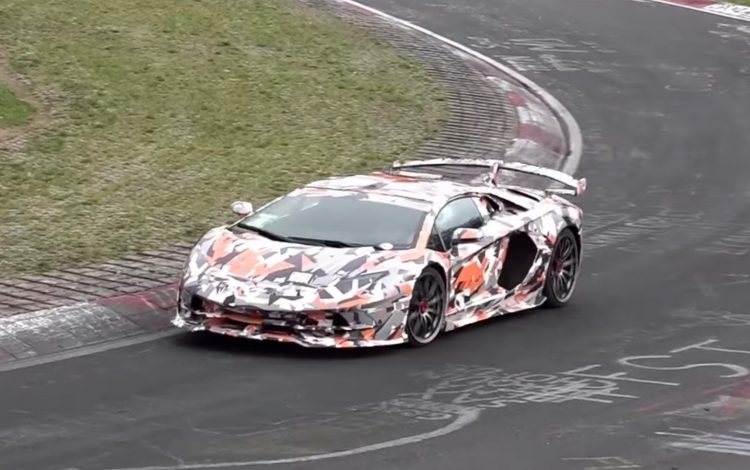 Dubbed the SVJ, for SuperVeloce Jota, the new model is seen wearing an aggressive aero kit. At the back is the most distinctive part, where you’ll notice a huge wing mounted uniquely on three struts. Down below is a chunky diffuser like on the SV, but up above is a pair new central-mounted exhausts poking right out from the middle.

The name SVJ was flashed up on the instrument cluster of an earlier prototype, with spy photographers quickly snapping the screen. It’s believed the J refers to the name Jota, which is the Spannish pronunciation of the letter J. Why the letter J? Back in the days Lamborghini produced a hardcore version of the Miura, called the Miura Jota. It was designed to fall under FIA Appendix J racing regulations. Another variant was also launched, called the Miura SV/J. 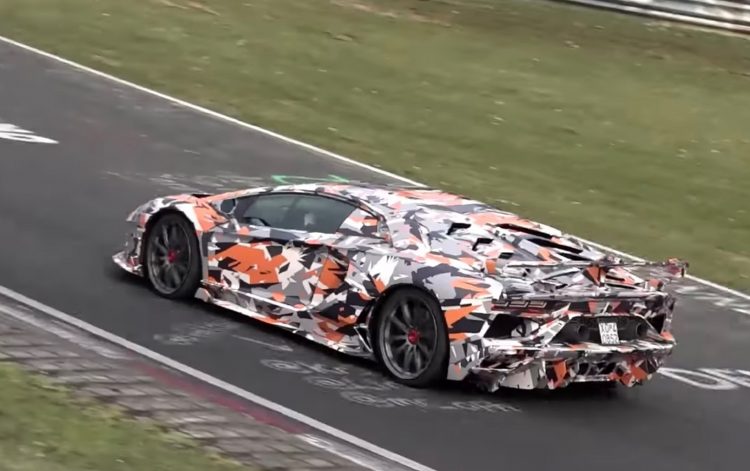 For the Aventador the SVJ, or SV/J, the supercar is set to receive a range of enhancements including more serious suspension and aero (obviously), as well as some tweaking to the 6.5-litre naturally aspirated V12 engine. In SV form it produces 552kW (up from 515kW in the standard model). Reports suggest this could be boosted to around the 575kW mark.

Production will be capped to maintain exclusivity, no doubt. Only 600 examples of the SV were made which suggests the SVJ will probably be even more exclusive.

Judging by this prototype, the body looks pretty much complete albeit with psychedelic camouflage paint/wrapping on it, which means we might get the see the full thing later this year. The Paris motor show in October seems like a good opportunity.

In the meantime, check out the prototypes in the video below. You also get a glimpse of various other test mules, including the new Range Rover Evoque, the new BMW Z4, and a Ferrari 488 of some description.