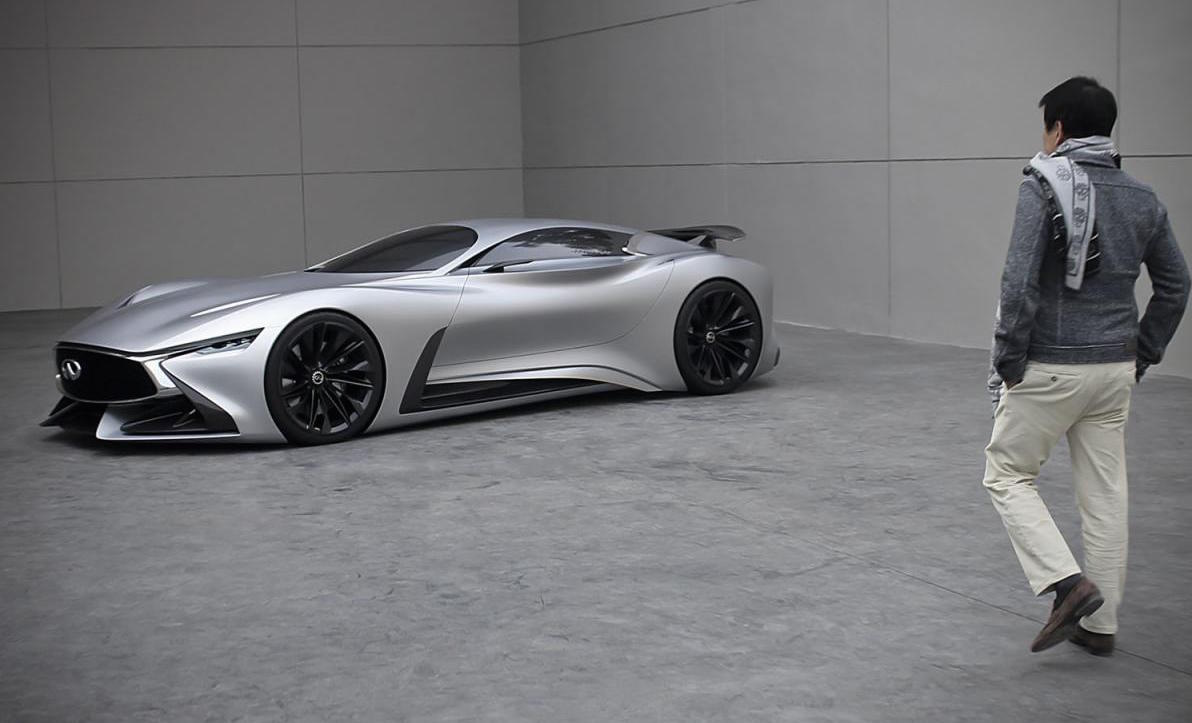 Gran Turismo 6 fans will recognise this concept as Infiniti’s contribution to the Vision GT fad. The main difference is this car is in real-life and not just a pixelated creation. 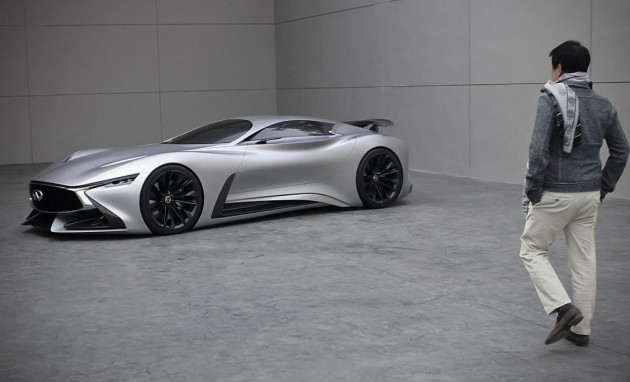 Infiniti says it created the car to give us all some insight into the brand’s future design direction, and possibly a direction for an upcoming high-performance production model.

It adopts a very low profile GT coupe design, with a large front grille and air intake system, slimline headlights, and pronounced front wheel arches to give it the impression of a wild animal ready to pounce.

A chunky rear diffuser finishes off the lower skirting at the back, which seems to blend in well with the rest of the coupe, while an aviation-style lip spoiler is mounted on futuristic, central trusses for that sporty look.

No specifics have been released by Infiniti in regards to propulsion, however, the digital concept comes with a front mid-ship powertrain layout using a transaxle (rear-mounted transmission) setup providing a 45:55 weight distribution.

Although there are no plans for this concept to go into production as is, we have previously heard the brand is looking to introduce a high-performance coupe by 2020. It could potentially borrow components from the Nissan GT-R. If an eventual production car does stem from this, we certainly hope it carries over the striking design.