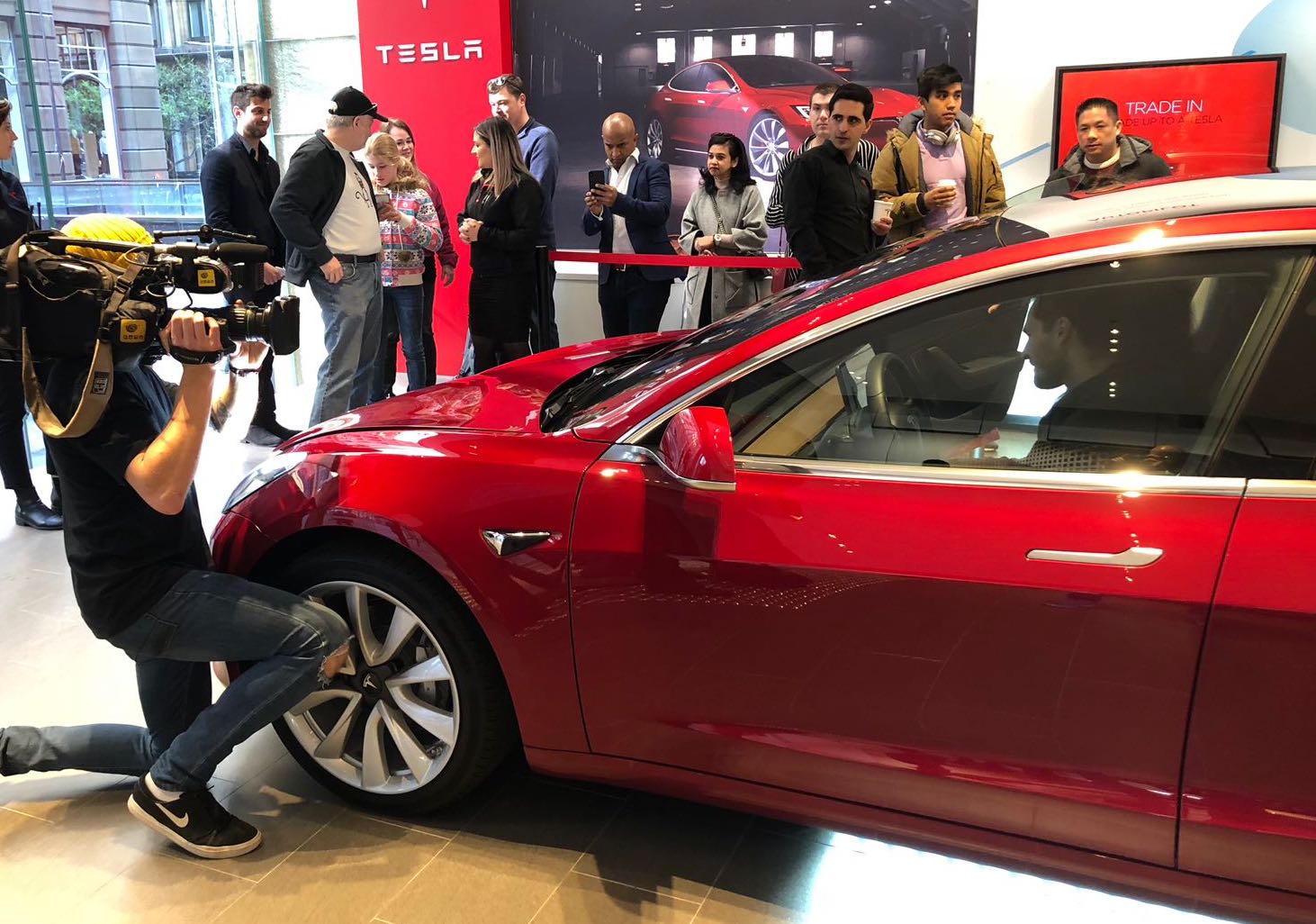 Tesla’s highly-anticipated Model 3 made its debut in Australia this week, giving buyers and interested punters their first chance to see the new electric mid-sizer up close on local soil. Fans queued outside stores to be among the first in the country to see the vehicle. 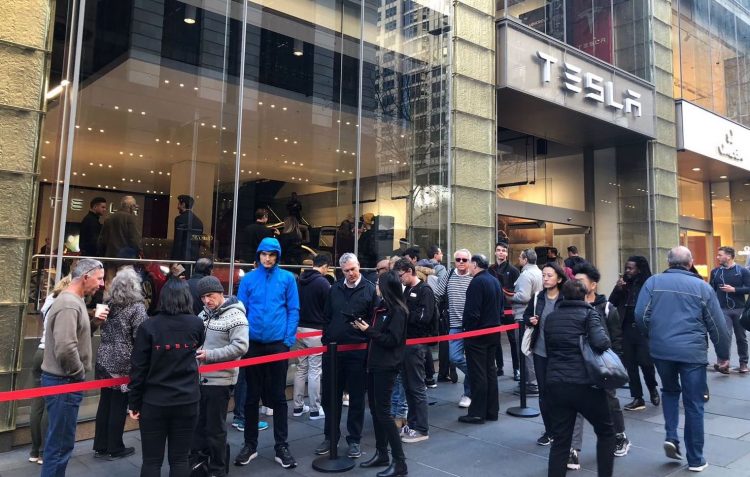 Tesla is showcasing the Model 3 at its Martin Place store in Sydney, as well as its Chadstone store in Melbourne, and store in Brisbane. All examples are left-hand drive, but even so, local shoppers can now check out the full detail of the vehicle.

Tesla began production of the Model 3 in 2017, starting with the long-range battery version. It then commenced producing the performance and dual-motor all-wheel drive versions this year, and is scheduled to begin production of the standard base-spec left-hand drive this year as well. 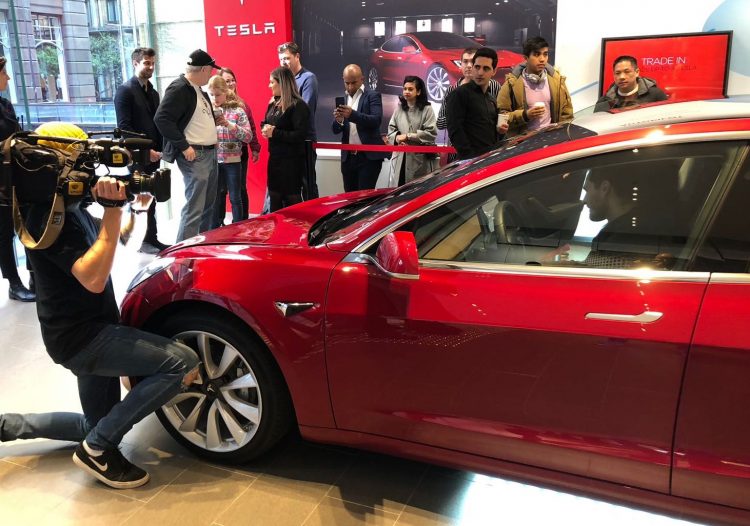 The electric vehicle producer has gone through some unsteady times over the past 12 months, with production delays, big jumps in market prices on the stock exchange, and more recently, the prospect of the company going private following a surprising message on Twitter sent out by company boss Elon Musk.

Local specifications and prices for the Model 3 are yet to be officially confirmed, but as a guide, the Model 3 was supposed to start from US$35,000 in North America. Converted to local currency this works out at around AU$60,000. On the matter, Elon Musk has tweeted: 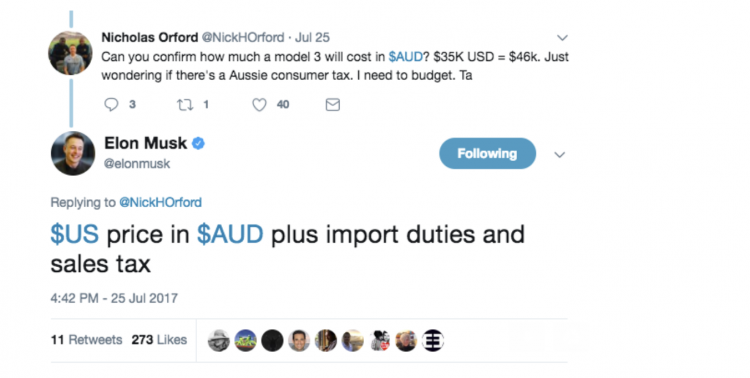 As a starting price, this would go down well with buyers considering an equivalent BMW 3 Series or Mercedes-Benz C-Class starts from around the same point. Once you start adding some options and the dual motor system with the performance pack, we’d be guessing a price of somewhere around the $100,000 mark.

We asked Tesla Australia about prices and local delivery timing, but these details couldn’t be provided. However, if you are interested in a Model 3, you can now head to one of the aforementioned stores to check out the car in person.