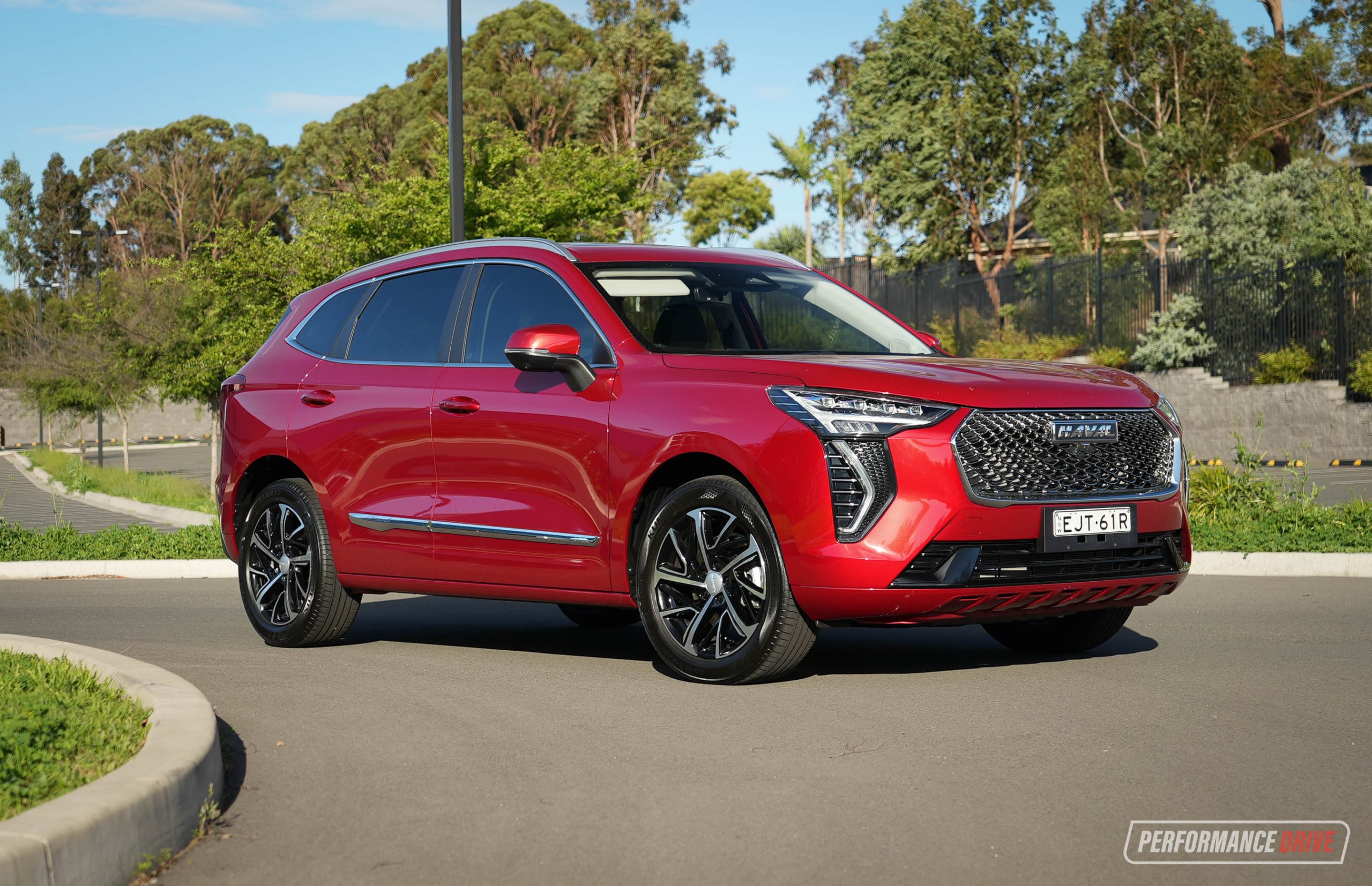 Welcome to the Haval Jolion. This is a Chinese-made SUV built by Great Wall Motors. But you’d be forgiven for thinking it is a luxury European vehicle, as it certainly looks like one. 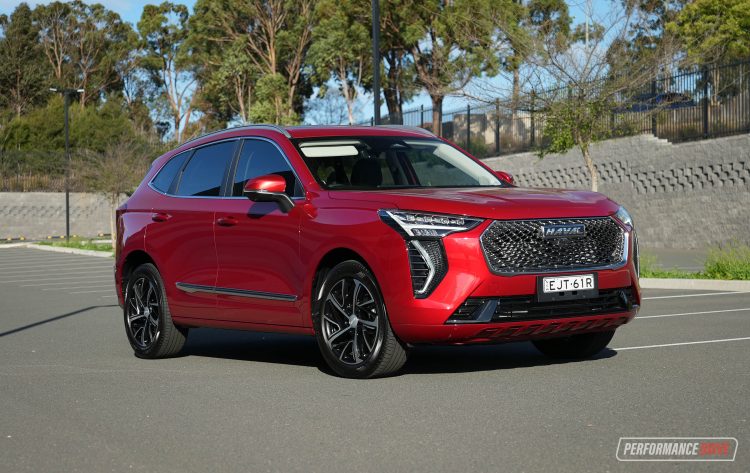 Like MG in Australia, which is also an up-and-coming Chinese brand, Great Wall sales are rapidly increasing in this country. In fact, so far this year, through October, Great Wall is experiencing a whopping 273 per cent rise. That’s one of the highest jumps in the industry.

That’s largely due to a wave of fresh models arriving, including the Jolion, and a set of very attractive prices and packaging. Translating from Chinese to mean ‘first love’, the Jolion is essentially its new entry-level SUV, replacing the H2.

Here we’re testing the top Ultra variant, which is one of five variants currently available. All are front-wheel drive and receive power from a 1.5-litre turbo-petrol four-cylinder engine, feeding through a seven-speed dual-clutch transmission. Prices start at just $26,490 for the base Premium variant, while this Ultra kicks off from $31,990 (drive-away). 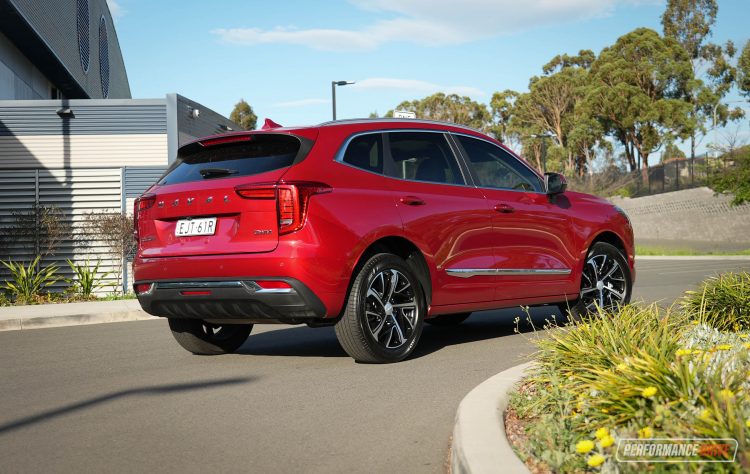 The design offers a good mix of premium details, clean panel lines, and a dash of distinct flair. It looks great. Well, aside from the exposed number plate holder holes which aren’t designed for Aussie plates. This example wears tasteful 18-inch alloy wheels, wrapped in 225/55 Kumho tyres, contrasting well with the vibrant Mars Red paintwork on this test car which is a $495 option.

Just like the exterior, the interior is rather stunning for a budget-minded vehicle. There are plenty of soft-touch materials on the dash, console, and door trims, and we do enjoy the overall clean and uncluttered layout. You’ve got plenty of storage, too, with a shelf under the centre console, a centre box, and some phone holder slots. 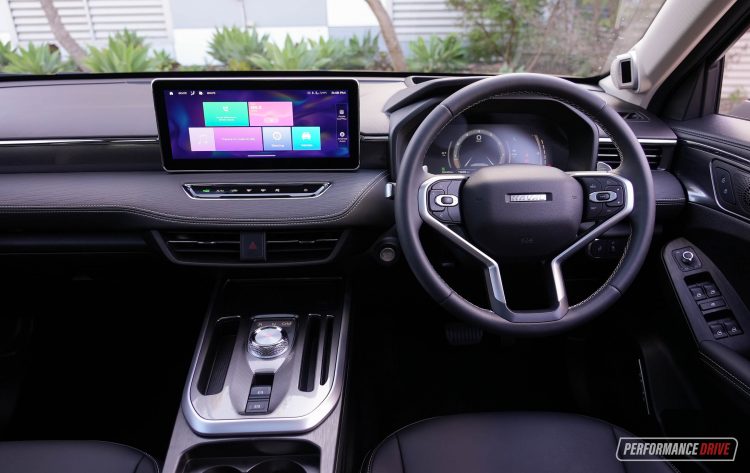 Up on the dash is a 12.3-inch (huge for this class) colourful touch-screen, offering Android Auto and Apple CarPlay connectivity. Some of the menus and functionality gets a bit clunky, and there are a few ‘dead-ends’ as you dig around. But all-in-all it’s an impressive unit for this vehicle category and the asking price.

The driver also views a fully digital instrument cluster. But again, it does lack some depth and functionality. For example, you’ll notice lots of blank space around the graphics.

It is very disappointing to see only tilt adjustment for the steering column, with no reach movement. We see this restriction a lot in Chinese vehicles for some reason – maybe everyone in China has the same length arms? It does mean it can be difficult to find a natural driving position. But other than that it is a spacious and mostly comfortable place to be. 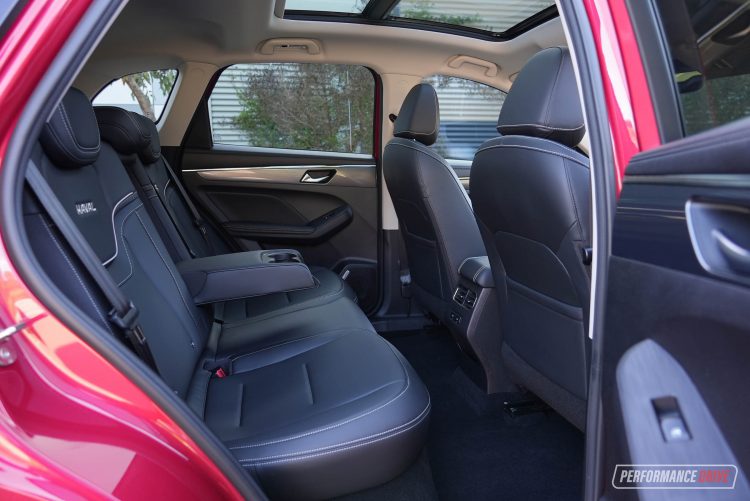 Even the rear seat offers good space for its class, and you get climate vents and twin charging ports – some of the veterans of the segment don’t even offer that. Being a front-wheel drive platform means there is no need for a driveline tunnel, resulting in a completely flat floor. This really helps with centre-seat legroom and a sense of spaciousness.

Boot space stacks up well against some rivals, with 430 litres expanding to 1133L with the rear seats folded down. Storage pockets in the sides come in handy for those smaller items, and there’s a space-saver spare wheel under the floor. 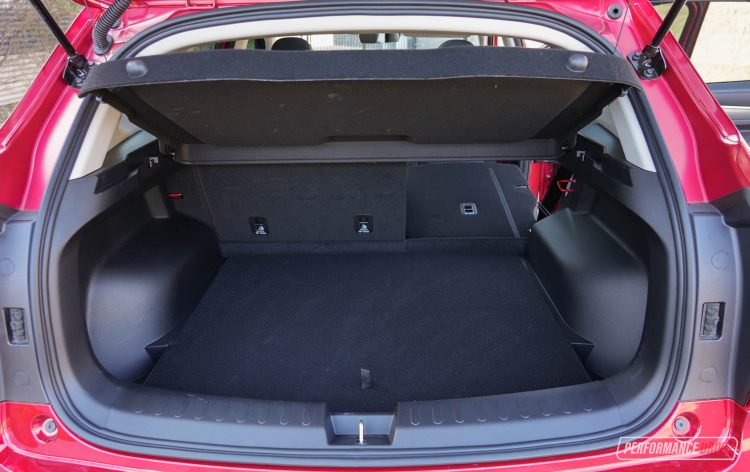 So, what’s it like to drive? Well, for the most part, it’s pretty decent. Noise and vibration levels are respectable for this class, and the suspension seems soft yet rubbery for that sturdy and refined feel. It does feature a torsion-beam rear end, and you shouldn’t expect much in terms of outright engagement through the steering. But it gets the job done.

Visibility is good as well, and you can sit quite high up if you want to for a commanding view outward. A selectable surround-view camera provides confidence during tight city parking, and all models come with rear cross-traffic alert, lane-change assist and blind-spot monitoring, as well as adaptive cruise control and autonomous emergency braking with pedestrian and bicycle detection. The Jolion hasn’t been tested for an ANCAP safety rating. 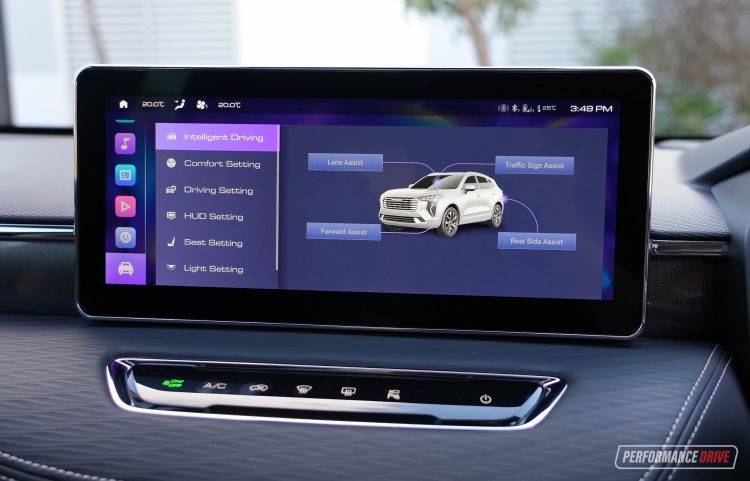 As for the engine, it’s a 1.5-litre turbo-petrol four-cylinder. It produces decent power and torque for what it is, with 110kW and 220Nm. However, it’s not the most refined unit out there. Noise levels are quite high, with our decibel gauge showing 84dB during 60-110km/h acceleration, and it does sound a bit harsh in the upper rev range. 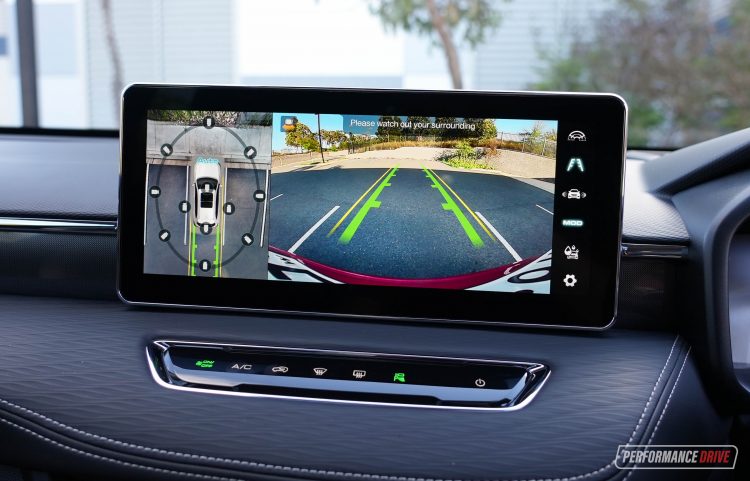 During our test, with lots of highway driving, some urban stuff, and our usual performance tests, this example showed an average of 9.4L/100km during our week – after initially resetting the trip computer when we collected it. Again, that’s pretty appalling for the power, vehicle size and category, and performance.

Speaking of which, our Racelogic Vbox Sport showed a best 0-100km/h time of 9.99 seconds. That’s actually not bad for this class according to our previous tests of rival models. You can of course find quicker options elsewhere, and many rivals are offered with a variety of engines whereas this has the one 1.5T option.

The element that really lets down the performance and drive experience for us though is the dual-clutch transmission. It is very jerky. Sometimes you end up inadvertently spinning the wheels when you simply want to set off. Especially starting on hills. On some occasions, although completely intermittent, it changes through the gears swift and seems to know what gear to be in. Other times, it’ll behave indecisively or abruptly. 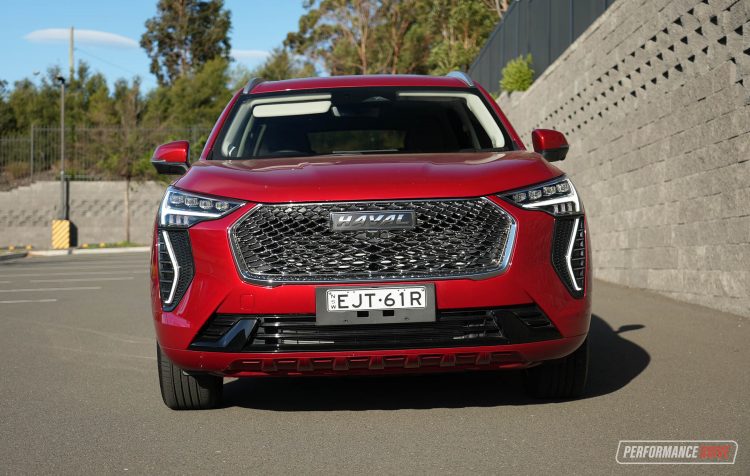 Overall, it’s a reasonable option for buyers that just want an A-to-B small SUV that’s actually quite big inside, and filled with most of the important and trending gadgets. The design, packaging and equipment levels are impressive, especially on paper, and the driving character is acceptable with some aspects of high refinement and some lingering quibbles.

Like other new-type brands out there at the moment, we’d suggest keeping an eye on Haval in the future. With climbing sales numbers (and revenue for investment) and a broadening international reach, it’ll soon have the power and ability to make the established rivals very nervous.

At the moment though, the Jolion certainly has its place in the market but just don’t expect many class-leading aspects, but rather some hits and some misses. But don’t forget that very tempting drive-away price.