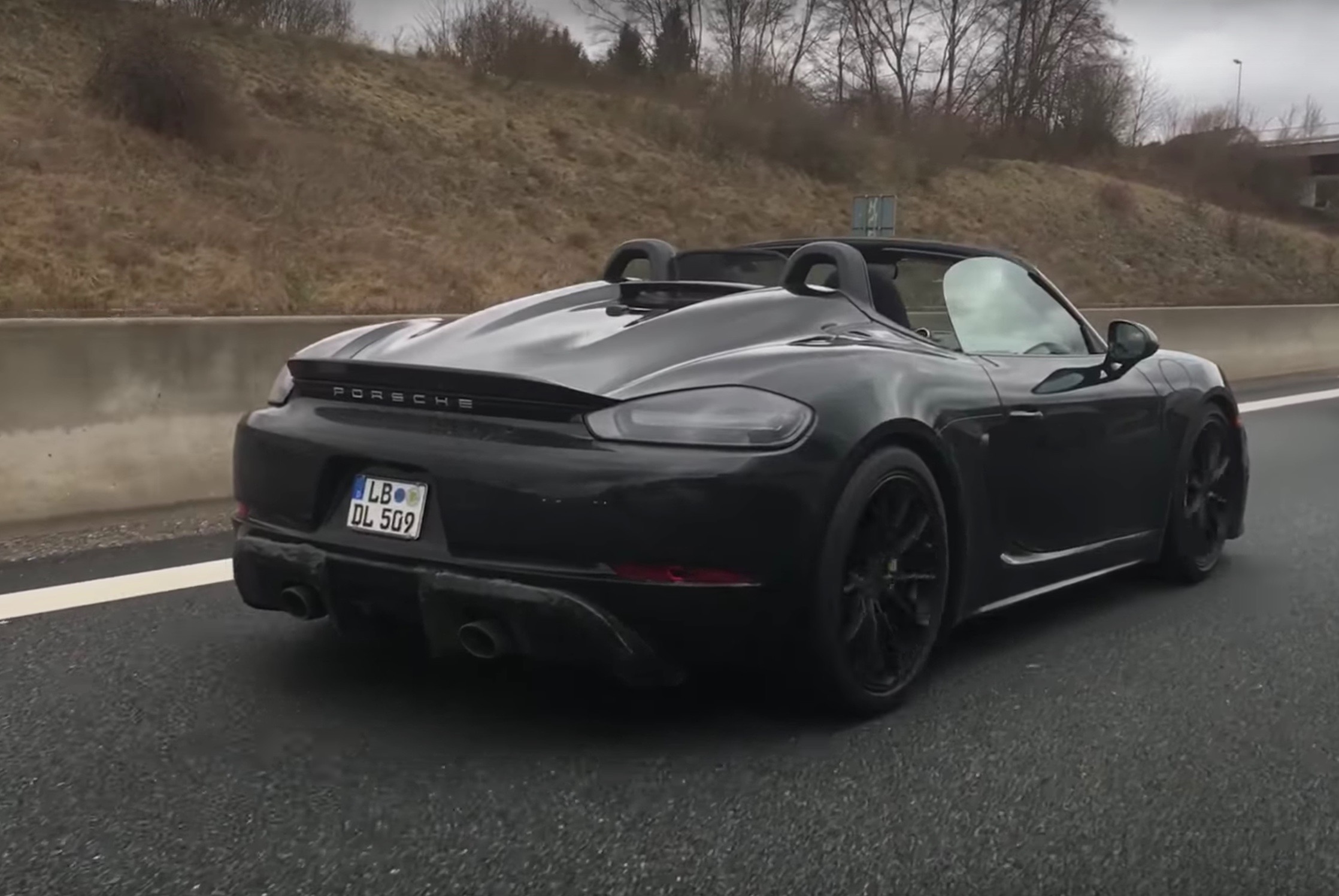 The upcoming 2019 Porsche 718 Boxster Spyder has been spotted in prototype form on the Autobahn in Germany, giving us a quick sample of the exhaust note and potential clues of what engine it will receive. 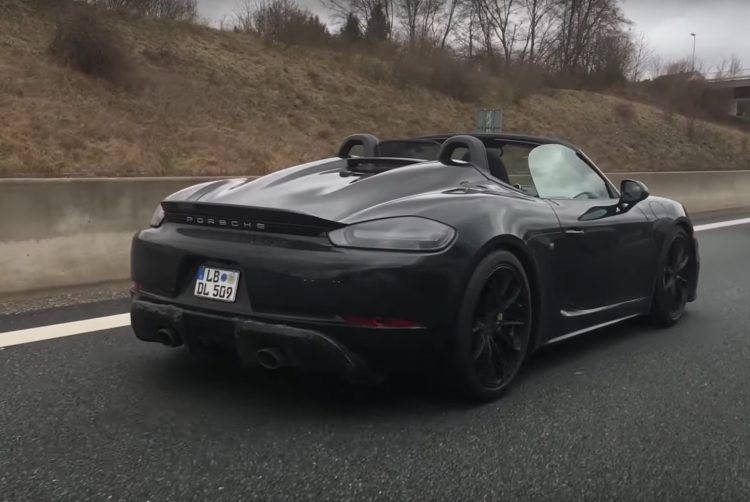 Porsche fans might remember the Boxster Spyder, based on the previous generation. This new model is set to come in as a GT version of the Boxster, a bit like the Cayman GT4, featuring a range of hardcore performance enhancements.

In the engine compartment, rumour has it the special variant will sport the 4.0-litre naturally aspirated flat-six from the 911 GT3. Power is expected to be turned down a bit so it doesn’t step on the toes of its bigger brother, but there’s speak of around 320kW.

Another potential option could be the 3.0-litre twin-turbo flat-six found in the 911 Carrera S, where it delivers 309. At the moment the quickest and most powerful variant of the 718 is the Boxster GTS, which uses a 2.5-litre turbo four-cylinder engine producing 269kW, despatching 0-100km/h in 4.6 seconds.

The spy video below gives us a sample of the engine sound to provide some clues. Turbo engines almost always produce a deeper, more muffled sound while naturally aspirated units breath freer, straight through the exhaust, with a slightly higher pitch. This is due to the turbocharger acting like a bit of a muffler itself, diffusing exhaust gas to spin the turbine.

It’s hard to tell from the video as the driver doesn’t really accelerate, but some pops and crackles on the overrun suggest it could be a turbo. There is also a faint bass, deep undertone which to us suggests it is likely to be turbocharged. Regardless, it will come in as the most powerful road-going Boxster ever created.

Coinciding with the potent engine, the rest of the running gear is likely to be beefed up. We’re talking about bigger brakes, stiffer suspension, extra chassis bracing, and a neat aero kit to help with downforce and to reduce lift at high speed.

Of course, the Spyder will also feature a soft-top roof in traditional Spyder format. This prototype shows the rag-top removed, leaving a chunky engine cover with twin buttresses drawing downward. All of this is set to help reduce overall weight.

Given the fact this prototype is hardly camouflaged at all, Porsche will probably unveil the 718 Boxster Spyder some time later this year, with sales expected to start soon after. It’s likely to be a special edition model built in limited numbers only.