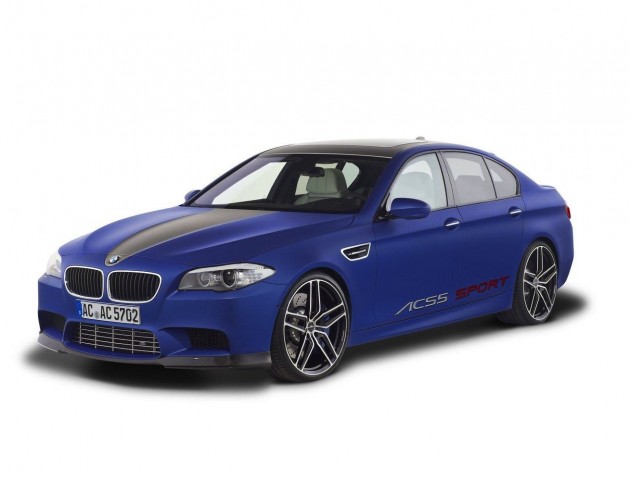 The AC Schnitzer ACS5 is based on the new M5, and comes with various mechanical, cosmetic, and interior changes to give the super sedan a bespoke touch. This is one of the first comprehensive tuning kits available for the flagship 5 Series

In standard form, the M5 comes with a 4.4-litre twin-turbo V8. With thanks to engine management revisions, AC Schnitzer has managed to amp up power from the standard 412kW to 456kW, and 790Nm from 680Nm. 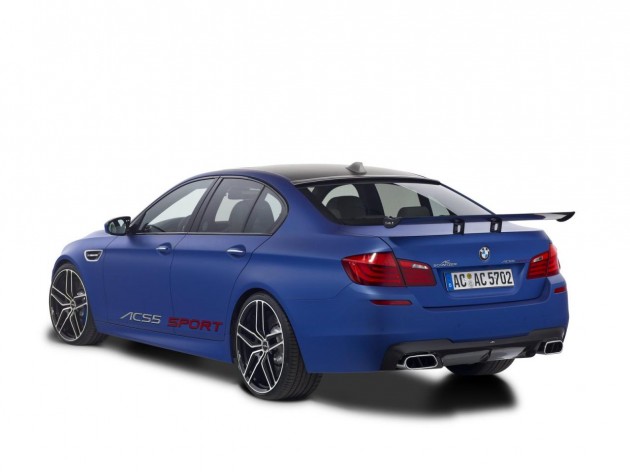 Other highlights include a chrome front grille and exhaust tips with in-car valve operation, AC Schnitzer Type VIII 21-inch forged alloy wheels, a special AC Schnitzer engine cover, and ‘ACS5 Sport’ decals down the side of the car.

Inside, there’s a smattering of AC Schnitzer trimming details, blue highlights for the M sports steering wheel, a blue aluminium centre console cover, with an aluminium foot rest and pedals.