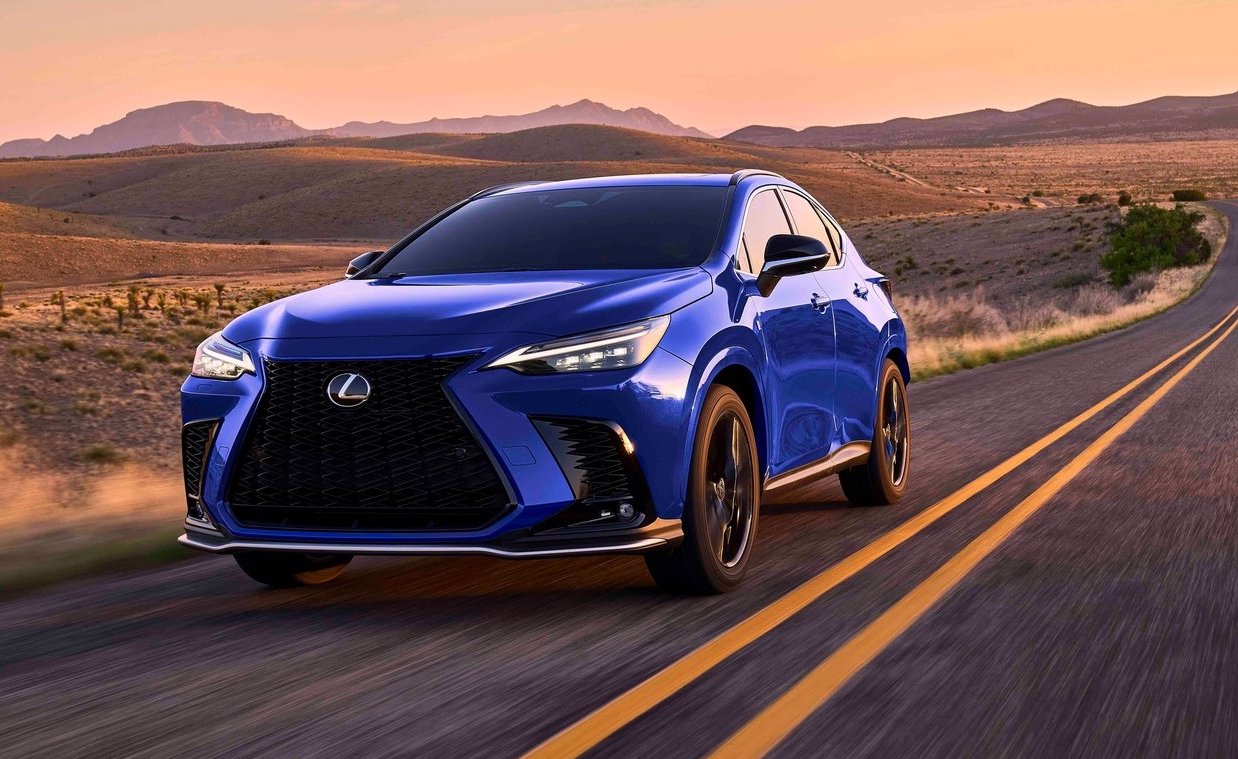 Lexus has unveiled the all-new, second-generation 2022 NX mid-size SUV. It gets the latest TNGA platform, debuts some brand new powertrains including a 2.4 turbo, and brings in a fresh interior with added technology. 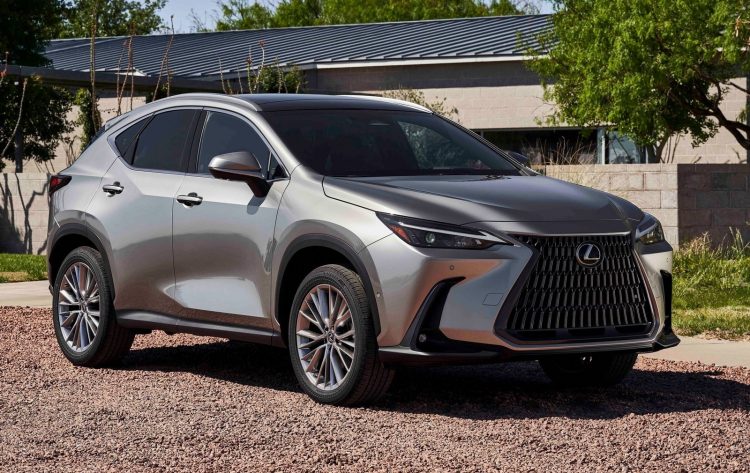 For the NX 350h, Lexus has paired a 2.5-litre petrol four-cylinder with a lithium-ion battery and electric motor setup. This, as expected, is pretty much carried over from the platform-sharing Toyota RAV4. Lexus hasn’t confirmed outputs for Australia, but overseas Lexus is aiming for 178kW. That’s quite a step up from the RAV4’s 163kW output. Lexus USA also claims a 0-60mph (97km/h) time of 7.2 seconds. 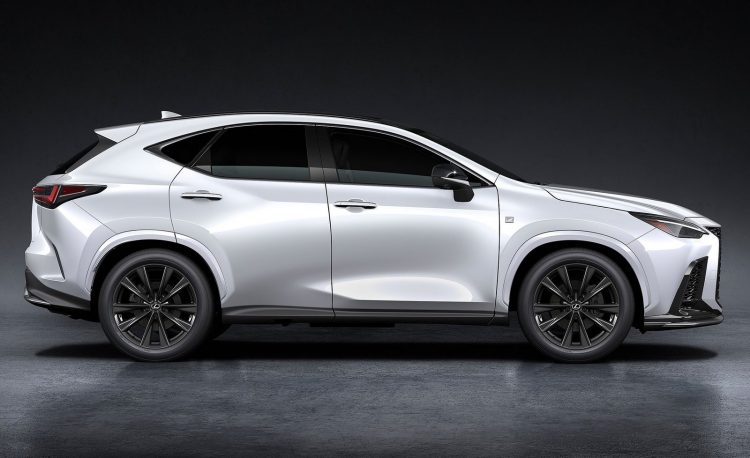 The new NX 450h+ is a plug-in hybrid, again, as previously expected. It pairs the 2.5-litre petrol with an electric motor assist system, however, the electric motor is more powerful than the NX 350h and offers an electric driving range of around 58km. Overall output hasn’t been outlined, but if the RAV4 Prime is anything to go by, we’re probably dealing with around 225kW. Lexus USA has estimated a 0-60mph time of 6.0 seconds.

Aside from the powertrains, the 2022 Lexus NX jumps to Toyota’s TNGA platform, the TNGA-K. With this, Lexus says extra braces have been added to the suspension members, and a high-rigidity structural foaming agent has been applied to improve overall strength. Laser screw-welding is also used, and laser peening, while the roof is reinforced and made of cold-rolled steel plate. All of this is set to help enhance the driving feel and improve handling and response. 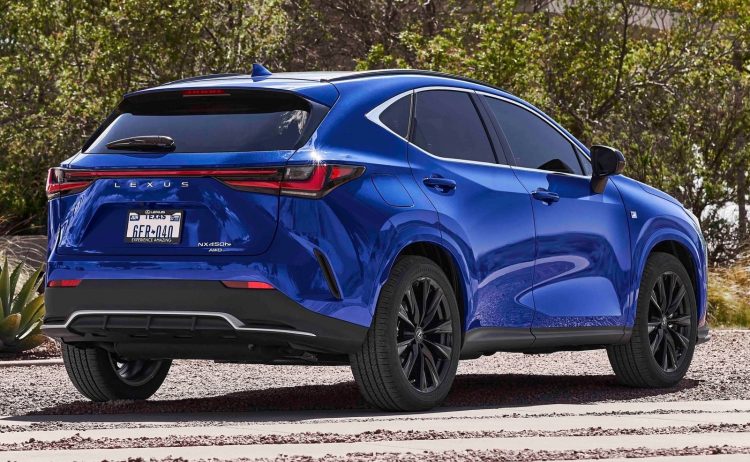 The new platform also helps to facilitate more headroom and legroom inside, and there’s a bigger boot (new volume hasn’t been mentioned). On the outside, the new model measures 4660mm long, 1865mm wide, and 1640mm tall, with a 2690mm wheelbase. Compared with the outgoing model, it is 20mm longer, 20mm wider, 5mm lower, and the wheelbase is 30mm longer.

As for the inside, Lexus has implemented a new dash design that’s skewed slightly toward the driver for a more intimate feel, and there’s a much more practical centre console complete with twin cup holders and a front storage tray with wireless phone charging capability. Up on the dash is a 14-inch touch-screen, with another digital screen for the instrument cluster. 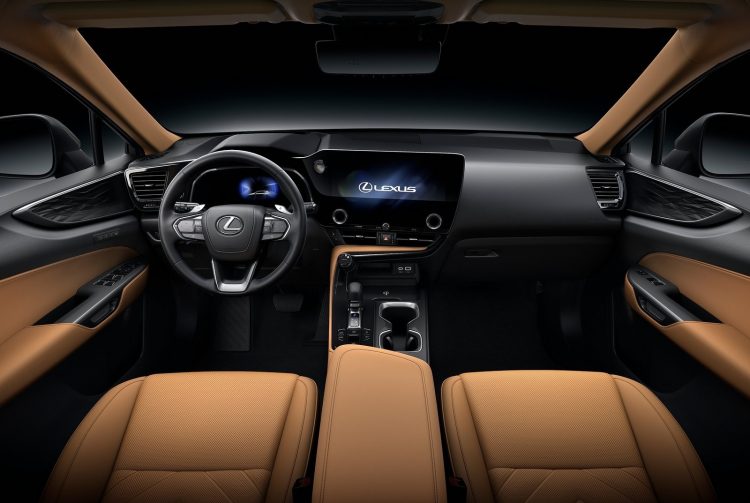 Lexus will once again offer an F Sport trim line, bringing in sporty bucket seats, a special steering wheel and pedals, unique 20-inch alloy wheels, and a bespoke aero kit for the exterior. Lexus’s Adaptive Variable Suspension is also standard on F Sport grades, although final Australian specs are yet to be confirmed.

Production of the 2022 Lexus NX will commence in the third quarter of this year, and Lexus Australia has confirmed the 250, 350, and 350h will go on sale locally in November. Like the RAV4 Prime plug-in hybrid, it looks like we will miss out on the NX 450h+ plug-in hybrid model.