A Lamborghini Aventador fire has broken out in California, USA, completely destroying the V12 supercar. Nobody was injured during the incident, which was partly caught on film. 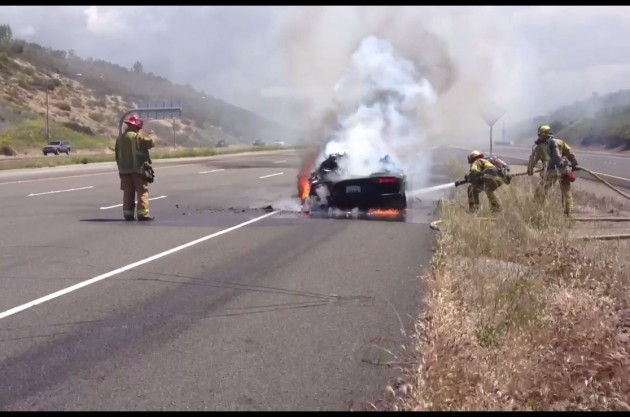 The Lamborghini Aventador fire started during a routine test drive along a Southern California highway. It is understood the fire started near the driver’s side rear wheel, close to the engine compartment. The Aventador is owned by a nearby dealership.

Supercars, especially Italian supercars, have a bit of a history with spontaneously combusting. There’s been a string of Gallardos that have gone up in flames in the recent past, and a fleet of Ferrari 458s. The 458 was even recalled due to an adhesive used near the engine which was seen as a potential fire hazard.

This is the first time we’ve seen an Aventador fire though. Could this be the beginning of more to come?

Click play on the video below to see the poor supercar engulfed in flames.