Hyundai Australia has revealed full details of the new 2013 Hyundai Genesis Coupe. The bad news is, the local company has announced this model won’t be coming to Australia as previously reported. 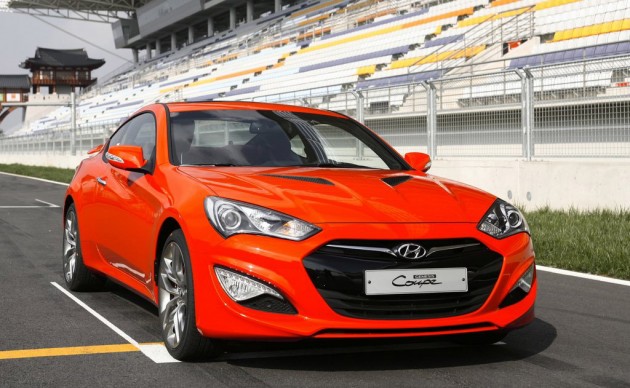 It seems there was a bit of a misunderstanding. Hyundai has said the Hyundai Genesis Coupe will be heading to Australia in around 2013, but it didn’t specifically say that it would be this 2013 model year. Hyundai says the 2013 Hyundai Genesis Coupe is a redesigned facelift. The model that will be heading to Australia will be the next all-new model set for 2013, likely a 2014 model year.

So unfortunately we will miss out on this version, which features a 3.8-litre V6 with direct injection (GDI), developing 257kW of power and 400Nm of torque. Hyundai says it is able to do 0-100km/h in 5.9 seconds.

The new Genesis Coupe will also come with a 2.0-litre turbocharged four-cylinder engine developing 202kW of power and 373Nm of torque – almost as much torque as the V6.

Hyundai will be introducing a new eight-speed automatic transmission for the redesigned model, as well as a six-speed manual. As good as this model sounds, the next can only be even better with more power. 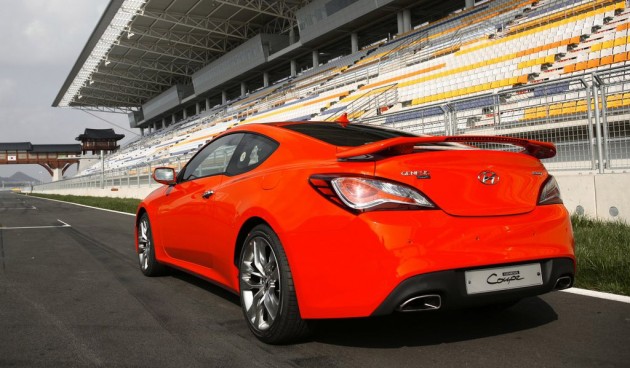