Yes, the AMS Alpha Omega Nissan GT-R R35 is back and is breaking more records. After posting an 8.63 quarter mile run at the TX2K12 drag racing event in Texas, the team has gone on to break the world record at the Texas Mile. 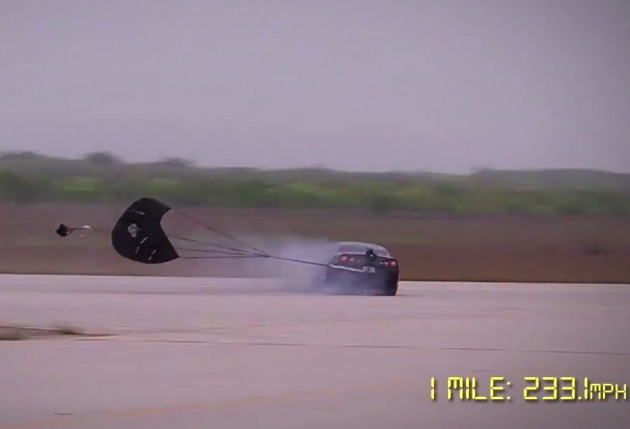 Astonishingly, on its final run of the day at the Texas Mile, the GT-R caught a bit of air as the rear wheels went over a slight dip in the runway, right as the parachute was pulled.

This sent the GT-R into the mother-of-all sideways slides, at well over 300km/h. The driver, Ivan Phipps, miraculously caught the mishap and brought the car to a safe stop.

AMS plans to add taller final gearing to the GT-R and have another crack at the mile run, and next time on a better prepared strip.

Click play on the video below to see how it all went.