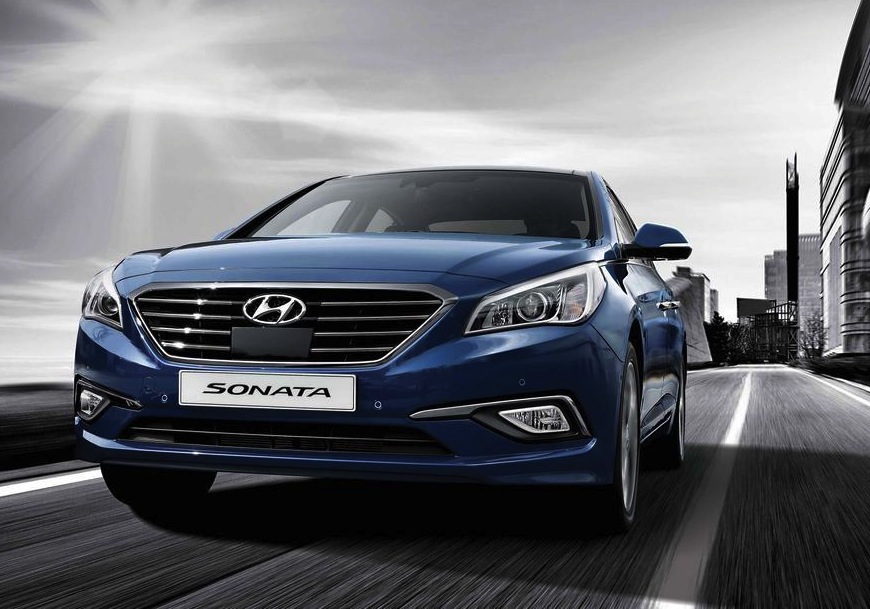 The new 2015 Hyundai Sonata has been officially unveiled in South Korea, showcasing Hyundai’s latest design language. The company promises a higher level quality across all areas compared with the predecessor, and a much more premium look and feel. 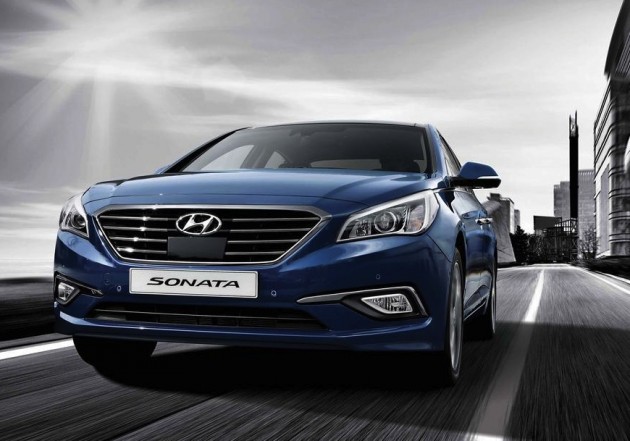 Hyundai Australia has confirmed the model will go on sale Down Under during the second half of this year. It will slot beneath the upcoming Genesis sedan, which arrives in June, competing in the mid-size sedan market segment.

Using Hyundai’s ‘Fluidic Sculpture’ styling philosophy, the new model looks as fetching as ever. At the front you can see the new-look inverted grille and elongated headlights, lots of chrome trimming, and a clean, slab-like waistline.

It’s 35mm longer and 30mm wider than the model it replaces, with “worthwhile gains in internal volume”. The chassis is 41 per cent stiffer for a more engaging driving feel too, with lower noise, vibration and harshness. 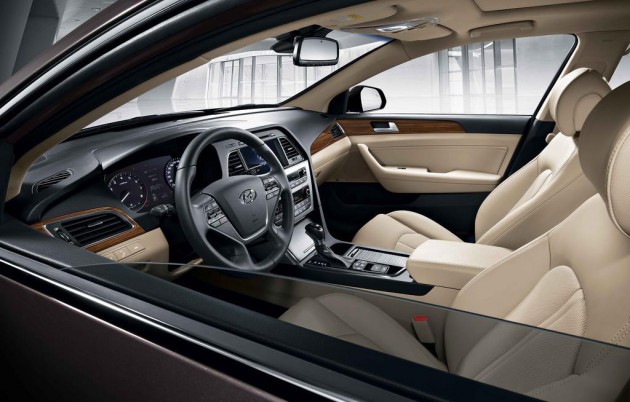 Australian engine specs are yet to be announced, however, the Korean market version will come with a 2.0-litre four-cylinder with 124kW, a 2.4-litre with 142kW, and a 2.0-litre LPi version with 111kW. These will be offered with six-speed manual or automatic transmission with front-wheel drive.

We’ll keep you updated in regards to Australian market entry details and pricing.