PerformanceDrive is preparing its full review of the new 2012 Ford FPV F6 MkII. The 2012 update features a number of minor styling tweaks, new wheels, and a new in-car interface. 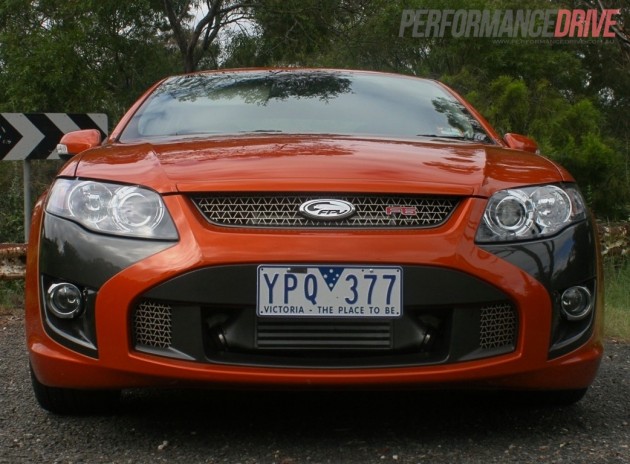 Under the bonnet sits the same 4.0-litre turbocharged six-cylinder monster, producing 310kW of power and 565Nm of tyre-torturing torque. The engine can be mated to either a six-speed manual, or, like our test car, a smooth six-speed automatic.

For all the details on how it drives, and its features, stay tuned for the full 2012 Ford FPV F6 MkII review and video test drive in the next few days.

While you’re waiting, here’s a quick sneak peek at what the F6 sounds and goes like under hard acceleration. Click play below.