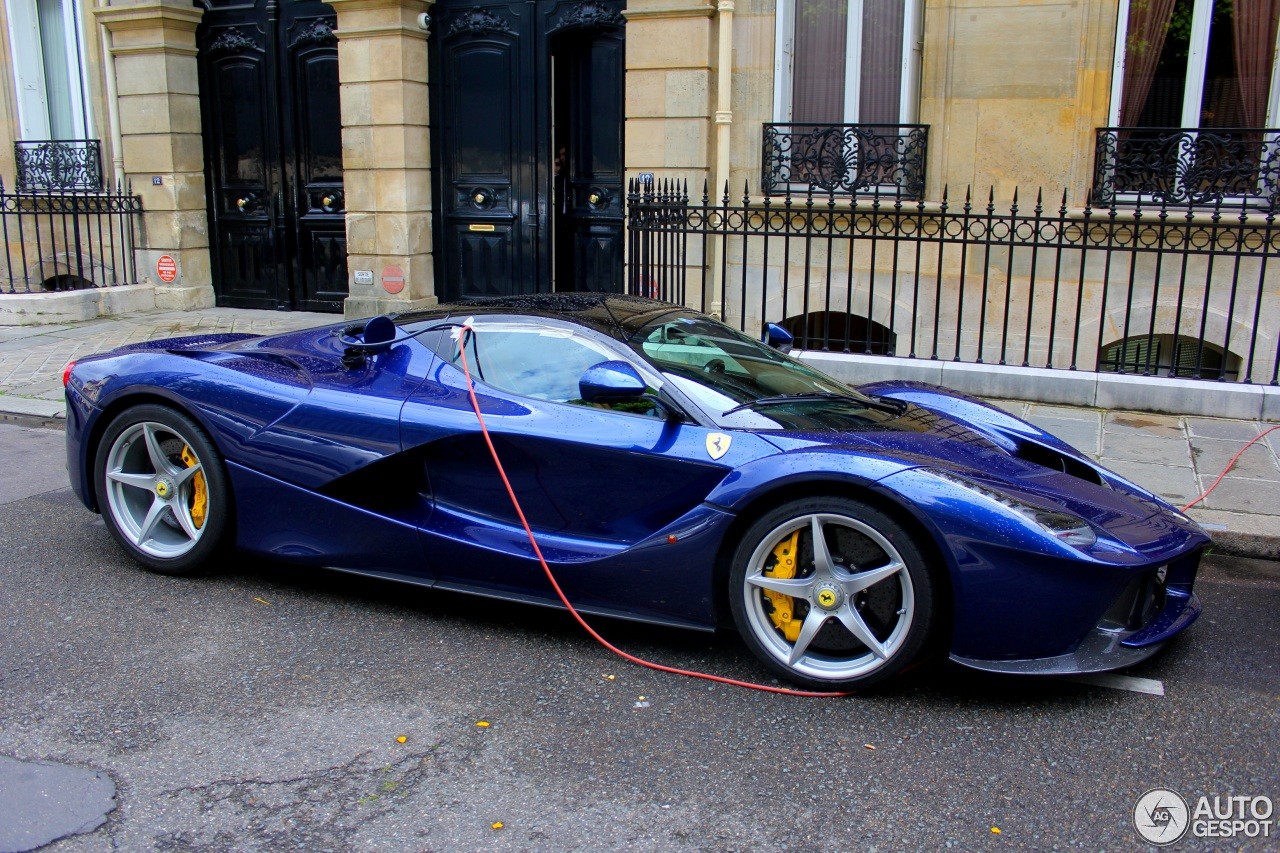 With the latest round of ultra-hypercars from Porsche (918), McLaren (P1), and Ferrari (LaFerrari) embracing cutting-edge hybrid technology, you could be forgiven for thinking the days of high-maintenance, highly-strung thoroughbreds are over. Think again. 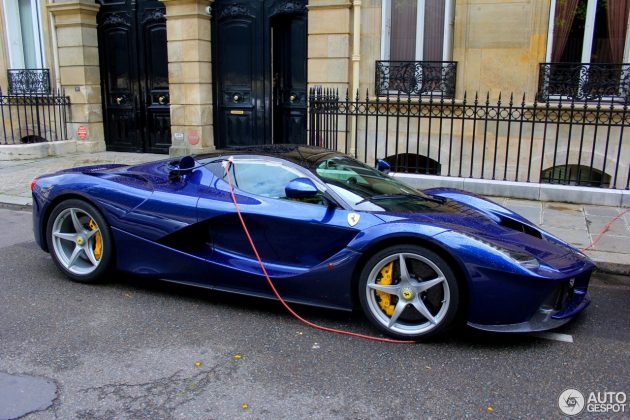 A blue LaFerrari left exposed, kerbside on the streets of Paris is a spectacle unto itself, as spotted by Autogespot. The flagship thoroughbred, said to continue the lineage of the F40, F50 and Enzo, features a hybrid powertrain good for 708kW and 900Nm combined. It features a Kinetic Energy Recovery System (KERS) and is capable of 0-100km/h in under 3.0 seconds and a 330km/h top speed. Significantly, only 499 were made and only available to selected elite clientele. So, leaving it out on the streets for potential vandals is a head-scratcher.

Drawing further attention to it is a power cable running from one of the residences to trickle-charge the LaFerrari’s battery, with the remaining window gap poorly sealed by masking tape. Now, like us, you might be wondering why given the LaFerrari is not a plug-in hybrid.

The reason is, because unlike most hybrids, the LaFerrari uses a special battery pack developed by Scuderia F1 engineers. If you let that go flat, this horse will kick you in the teeth with an expensive replacement bill. So this guy either has more dollars than sense or is well known as someone not to be messed with. Still, imagine strolling past this on your way to or home from work.