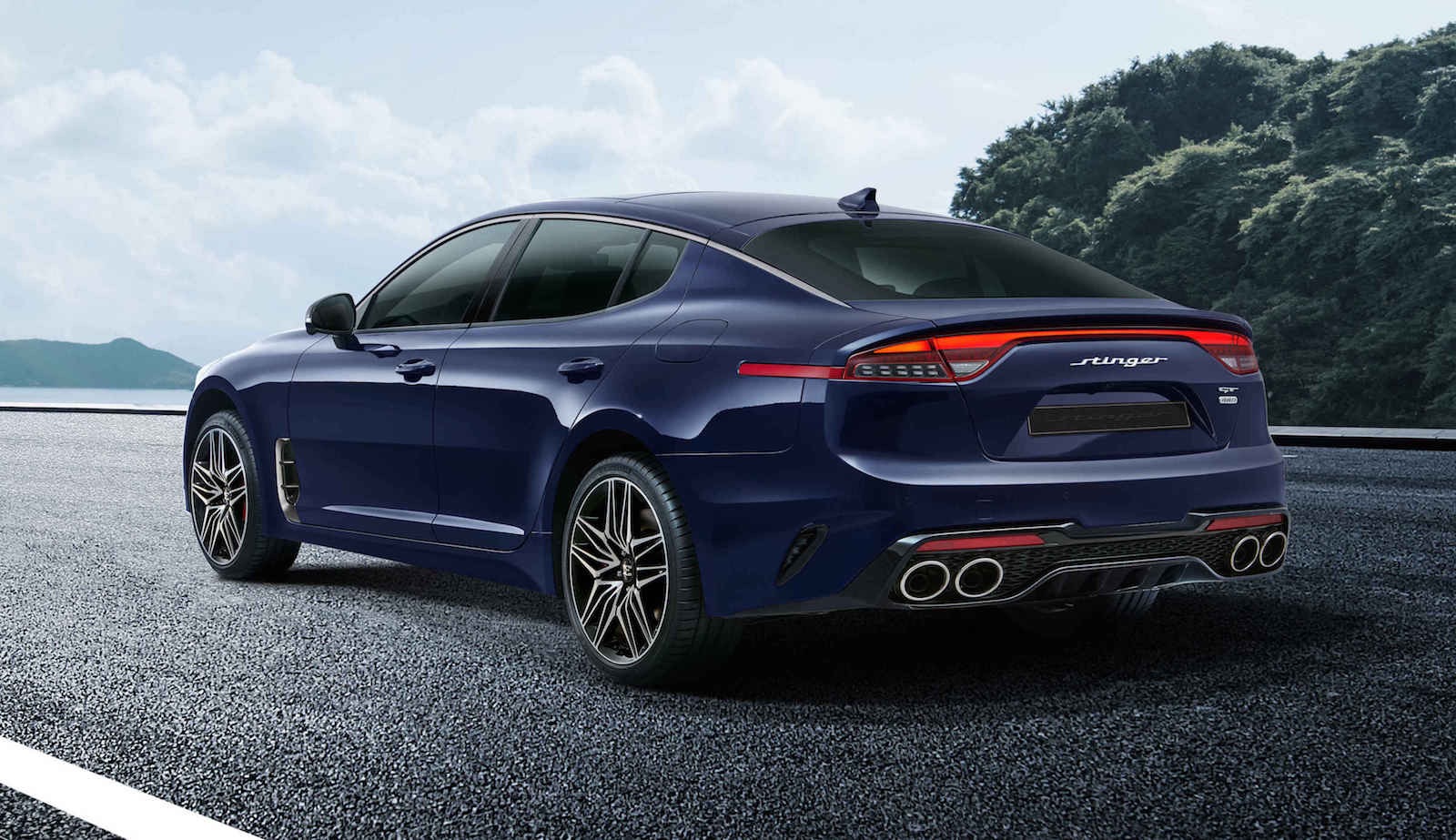 Kia has unveiled the exterior and interior design of the facelifted 2021 Stinger. Unfortunately, details regarding the powertrains are being withheld until a later date. 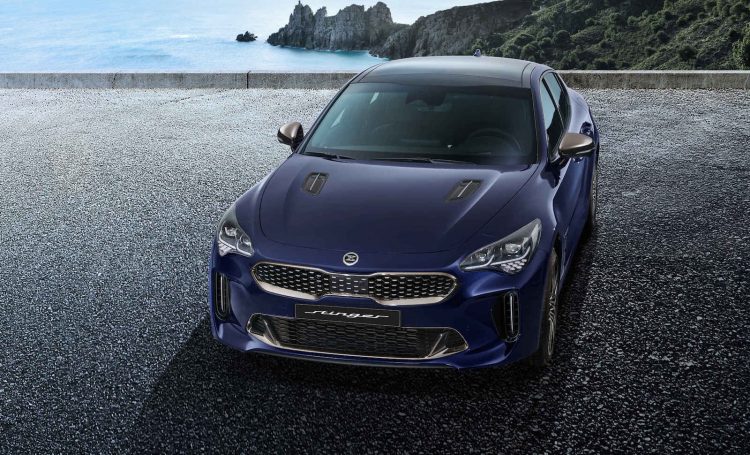 But at least we get a good look at the freshened up design. At the front are a pair of fresh LED headlights with darken detailing, with newly-designed LED daytime running lights, and in between them sits a slightly revised version of Kia’s trademark ‘tiger nose’ grille. It doesn’t appear as though there are any major changes to the lower front bumper bar or vertical air intakes.

Around at the back a new LED taillight now spans the width of the car, whereas the outgoing model only the lens connected either side (it didn’t light up). There’s a collection of 10 individual LED units for the new indicator lights, designed in a grid pattern like a chequered flag. Meanwhile, the top variants with the V6 will be available with an optional wide-bore silver exhaust system as well as a sportier diffuser.

Some fresh alloy wheel designs are also coming in, with two different 18-inch styles for the lower grades and 19-inch items for the upper grade. And lastly, to top it off, there’s a new exterior colour being introduced. 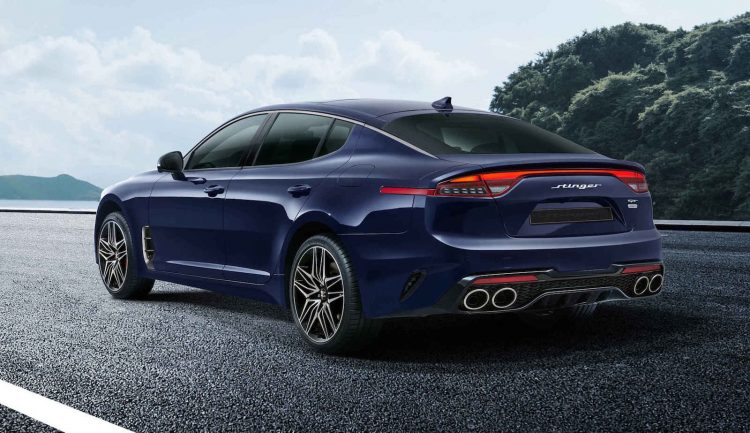 As a bonus Kia says it will be launching two exterior option packs as well. There’s the Dark Package that includes a gloss black diffuser at the back, black exhaust tips, and black badges, while a ‘Black Package’ takes things further with special matt black wheels, a new rear wing, and black side mirrors. Market availability for these is yet to be confirmed.

Taking a look inside, Kia has, as expected, installed its latest 10.25-inch touch-screen on the dash. It’s surrounded by a new black finish. And then for the driver there’s a 7.0-inch digital instrument cluster surrounded by a chrome bezel. Carbon fibre style trimmings will be available, as well as aluminium decorations on some variants. 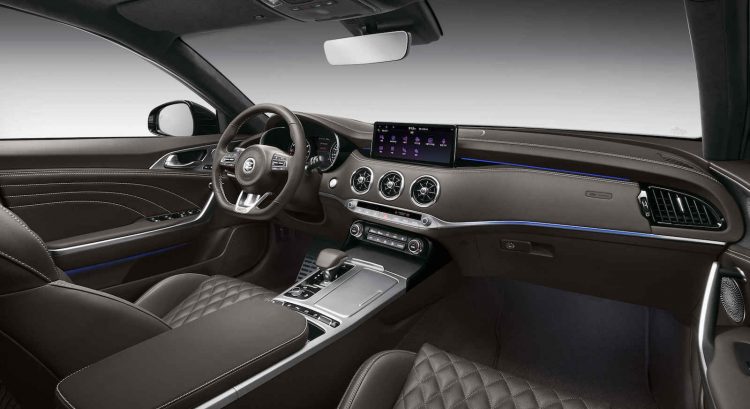 To add a touch of elegance buyers are being offered a dark brown interior package with soft diamond-quilted Nappa leather. However, this is destined for the Korean market only by the looks of it.

The 2021 Stinger is scheduled to go on sale in Korea during the third quarter of this year, with global markets to follow a bit later. Powertrain specs will be revealed “soon”, the company says.