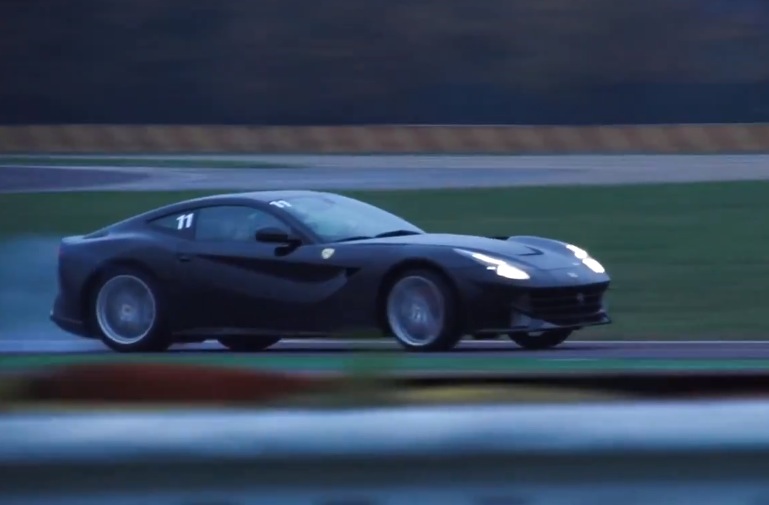 Eleven lucky motoring journalists were recently given the opportunity to go for a flying hot lap with Ferrari F1 driver Kimi Raikkonen in the awesome F12berlinetta V12 coupe. 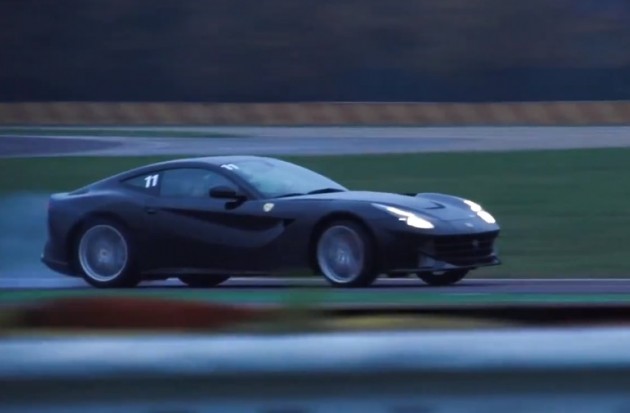 The event took place at Ferrari’s own Fiorano test track in the north of Italy, where journalists got to test the F12 first-hand, and try out the Manettino driving settings which alter the traction and stability control intervention tolerance.

Finally, the motoring experts we then taken for a thrilling hot lap in the epic sports car with Raikkonen behind the wheel. He drove around the circuit with all driver assistance systems turned completely off, allowing the rear tyres to skate freely over the damp tarmac surface.

To refresh your memory, the Ferrari F12 is the company’s most powerful non-hybrid production car ever. It features a 6.3-litre naturally aspirated V12 producing a mind-blowing 545kW of power and 690Nm of torque. All of that is sent to the rear wheels via a seven-speed dual-clutch automatic.

This mighty engine enables the coupe to sprint from 0-100km/h in just 3.1 seconds. It’s bloody quick, to say the least. Check out the video below for the highlights of the event. It certainly looks like fun.