Porsche tuning specialist TechArt has revealed its new upgrade package for the 2013 Porsche Boxster. The package includes a full bodykit, suspension, and some performance enhancements to boost engine power. 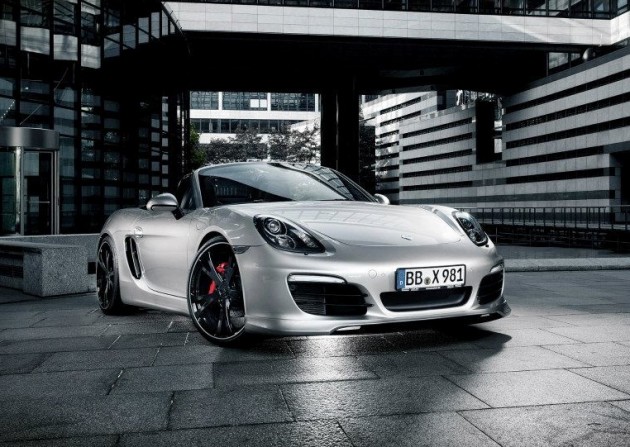 Starting with the bodykit, TechArt is renowned for producing some of the best-looking aftermarket kits for Porsche vehicles. And with the latest Boxster offering, the company impresses once again.

It gets a more aggressive front bumper bar including a lower spoiler, matching side skirts with unique air vents in front of the rear wheels, and a chunky rear diffuser at the back sitting at the bottom of a new rear bumper bar and a new boot-mounted spoiler. 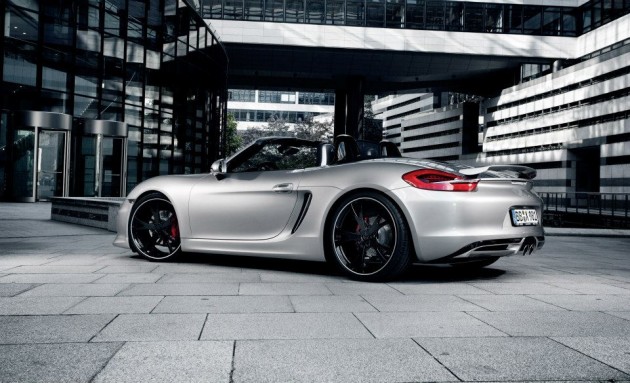 Other mods include a set of Fomula Light forged alloy wheels that are up to 40 per cent lighter in weight than the standard items, a custom exhaust system to help the boxer engine breath easier and bark louder, and a sports suspension system lowering the drop-top over those dark wheels.

The interior is also given a makeover and includes unique carbon fibre trimmings, a TechArt leather upholstery, and a bespoke new sports steering wheel.

The full package will officially debut at the 2012 Essen Motor Show, starting December 1.