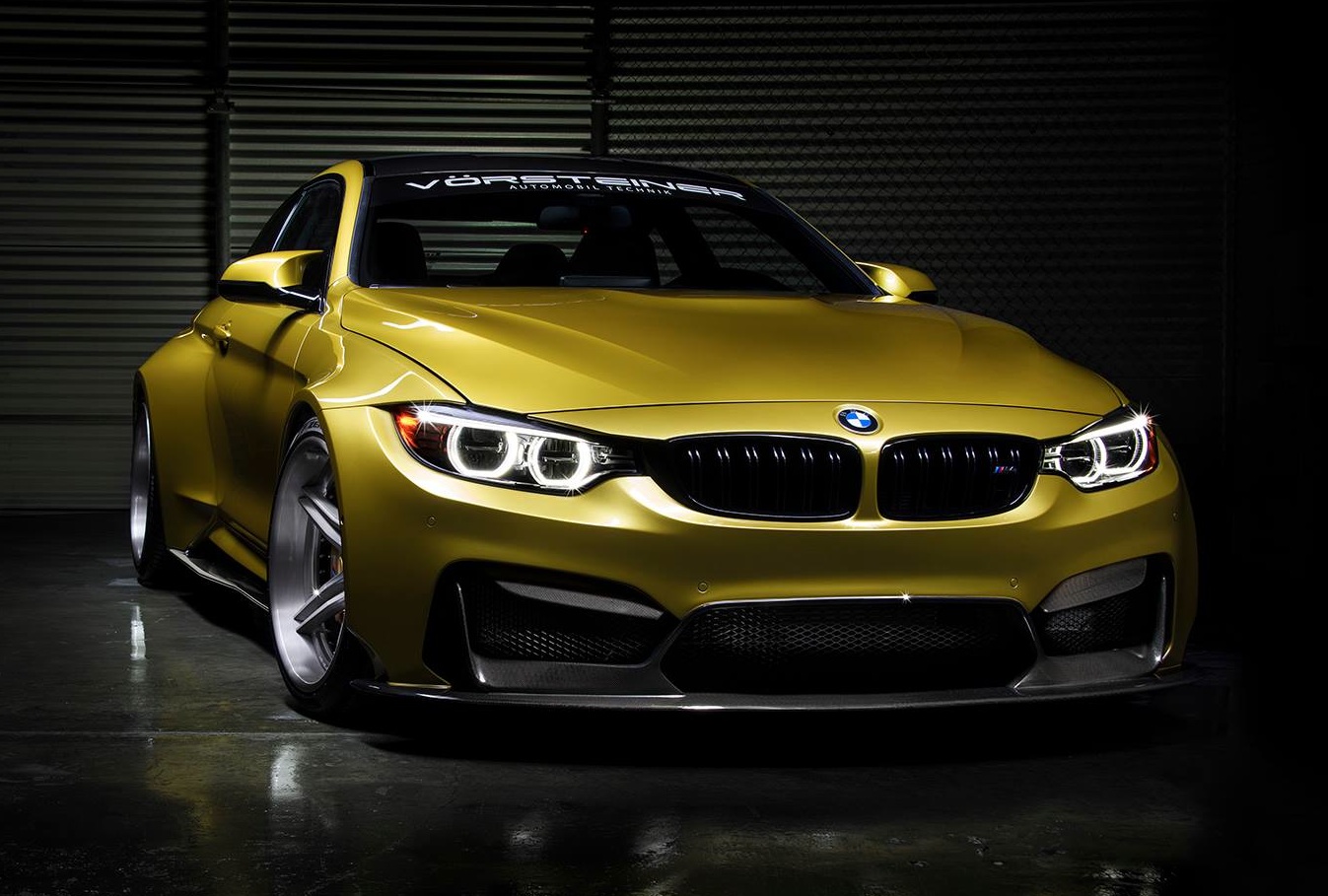 American tuner Vorsteiner has come up with a Special Edition GTRS4 kit for the new turbocharged six-cylinder BMW M4 that adds not only horsepower, but a wide-body package that gives the car a very imposing stance. 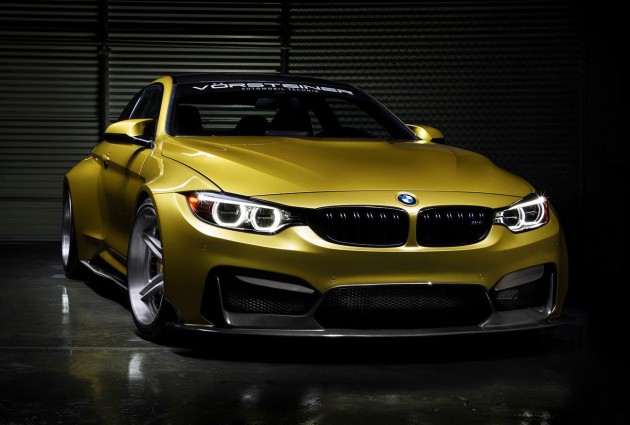 The car is set to take centre stage on the Vorsteiner stand at the upcoming SEMA Show, which begins this Tuesday November 4. Fans will be able to get up close to the vehicle and inspect its new dimensions.

Though the special edition M4 GTRS4 might sport the factory Austin Yellow BMW M4 paint, the body has received a host of modifications. The front bumper and integrated splitter, aero side blades, rear bumper and diffuser, and new 2-inch wider front and 3.5-inch wider rear guards are all made from carbon fibre.

Sitting under the pumped rear guards are 20×13.5-inch rears wearing enormous 345-wide tyres, with slightly smaller 20×10.5-inch wheels with 275-wide rubber up front. Vorsteiner has chosen Pirelli P Zeros as the tyre of choice for the GTRS4.

Suspension-wise the BMW GTRS4 is brought closer to the ground via an adjustable KW sleeve kit, while engine performance from the 3.0-litre TwinPower six-cylinder has been lifted to 410kW from 317kW thanks to an ESS Tuning E-Tronic system.

To get the look of the GTRS4’s exterior just right the entire body was captured with a 3D scanner using laser technology. The new front and rear guards were sculptured out of clay first before being made from carbon fibre. All of the other exterior modifications were created using CNC prototypes to flawlessly fit the BMW M4.

The new BMW M4 is currently on sale in Australia with prices starting from $166,430 (excluding on-road costs).