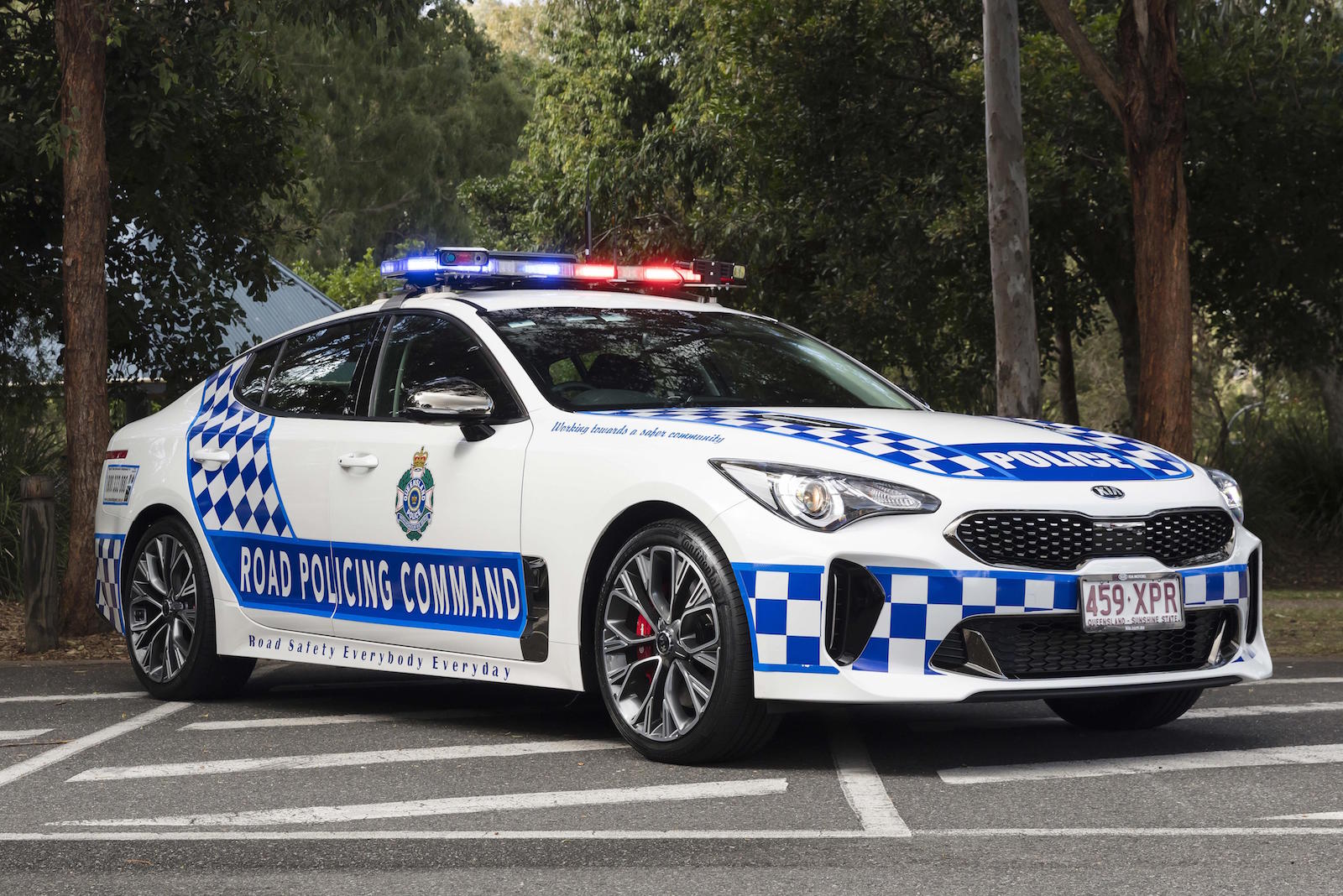 Kia Australia has confirmed a deal with Queensland Police to supply Kia Stinger 330 V6 vehicles for highway patrol duties. These will replace the outgoing Holden Commodore and Ford Falcon fleet. 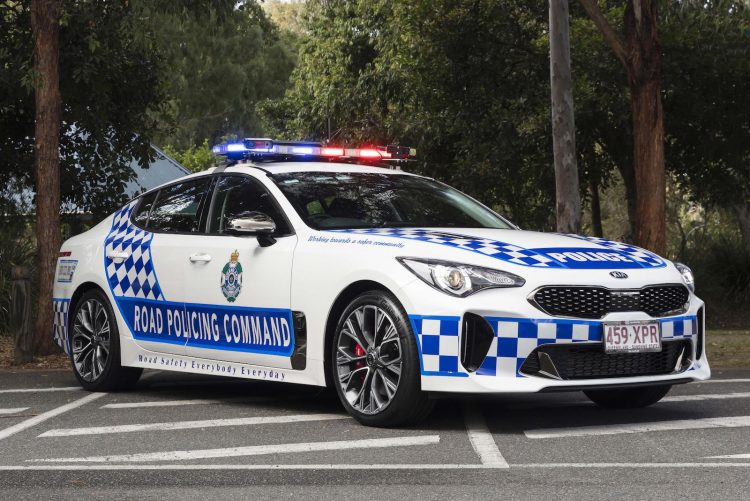 By the end of the year 50 Kia Stinger police cars will join the QLD force, fitted with all of the necessary gear for police duties. The Kia Stinger 330, which features a 272kW 3.3-litre twin-turbo V6, was selected after an extensive assessment program to find suitable vehicles to replace the Aussie icons. Queensland Police Minister, Mark Ryan, said:

“Reading what the experts had to say, and seeing how efficiently the Stinger was changing minds and perceptions once people had been exposed to it … it was not a difficult decision. You often hear Police Ministers talking about providing the best equipment for those at the coal face. In this case I truly believe we have been able to do that.”

The evaluation process started at the desktop to find suitable candidates, and then a performance test on the track, and then operational tests in real-world conditions. QLD police says the final assessment was the maintenance and cost. All officers in the various fields gave the Stinger top marks. Kia Australia COO Damien Meredith said:

“This level of public exposure and endorsement from a high profile government utility is something which wouldn’t have been on the radar just a few years ago. It is just a beginning, but a very important one for us.”

It’s understood the Kia Stinger is being evaluated across other forces around Australia, along with other Kia models such as the Sorento for general duties, replacing the Ford Territory.