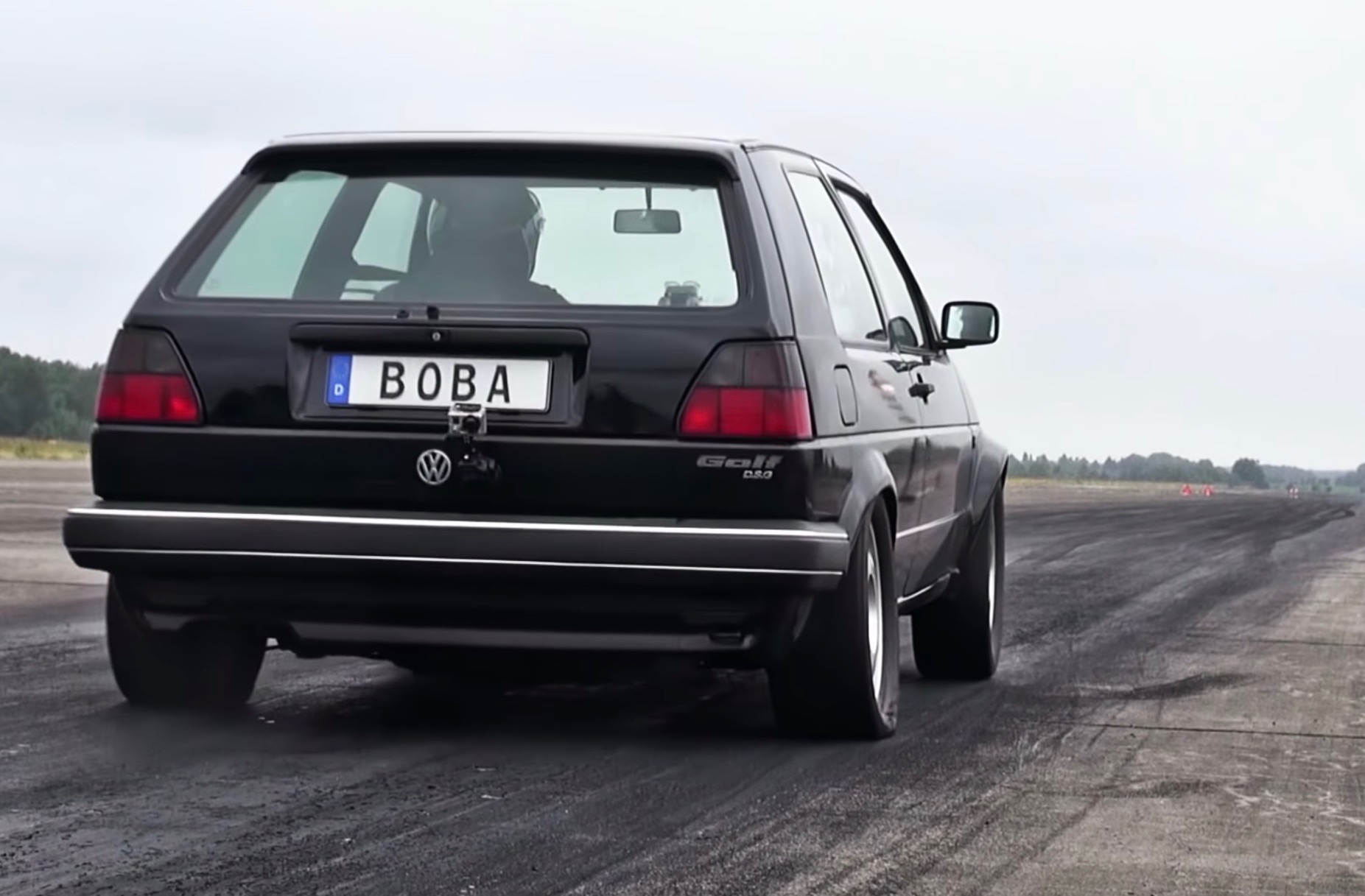 What’s the quickest Volkswagen DSG-equipped AWD car in the world? You might not have expected it to be a Mk2 Golf, but this is it, apparently. It has just run the quarter mile in an astonishing 8.769 seconds. 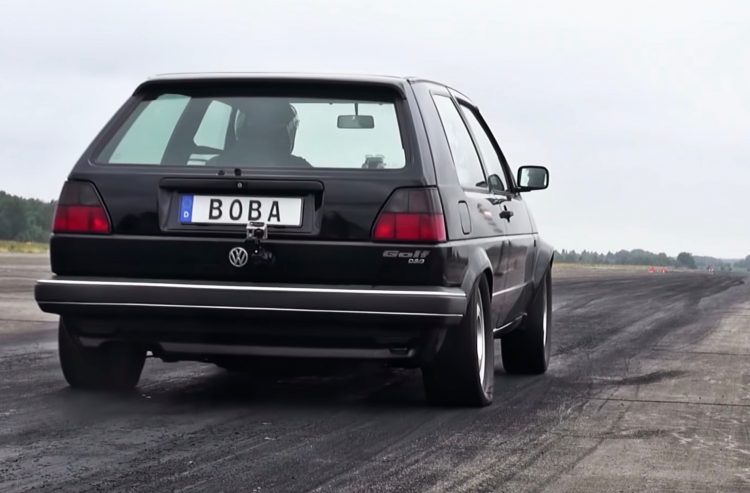 Obviously this isn’t a standard Mk2 Golf. For starters, it uses a dual-clutch (DSG) auto transmission which was invented about 20 years after the Mk2 launched. Volkswagen and BorgWarner introduced the dual-clutch concept in 2003 with the Mk4 Golf R32. Although, it is derived from similar arrangements Porsche used to use in its mental 962 racing cars.

Back to this Mk2 micro machine though. Under the bonnet is a modern 2.0-litre turbo twin-cam engine. It uses CDC-ported heads and an Extreme Tuners turbo, as well as an array of other modifications. All of them result in providing an enormous 907kW (1233PS), which is more than a Bugatti Veyron Super Sport.

The car’s owner, through tuner Boba-Motoring, says the little Golf weighs just 1220kg without a driver. That means the power-to-weight ratio is out of this world. In fact, it’s more than 1000hp per tonne. Hooked up with an all-wheel drive system and the fast-changing dual-clutch auto transmission, it’s no wonder it is claiming to be the quickest DSG AWD car in the world. And it appears to be road legal.

According to the owner, using a Racelogic Performance Box, the car recorded a 0-100km/h time of just 2.1 seconds, with 0-200km/h coming up in 5.4 seconds Across the quarter mile the little beast recently stopped the clock in 8.769 seconds at 267.9km/h. That’s insane. It apparently has a top speed of 340km/h-plus as well.

Check out the video below to see how she goes. It sounds fairly civilised at idle and trundling about, which would make it an awesome sleeper on the street.