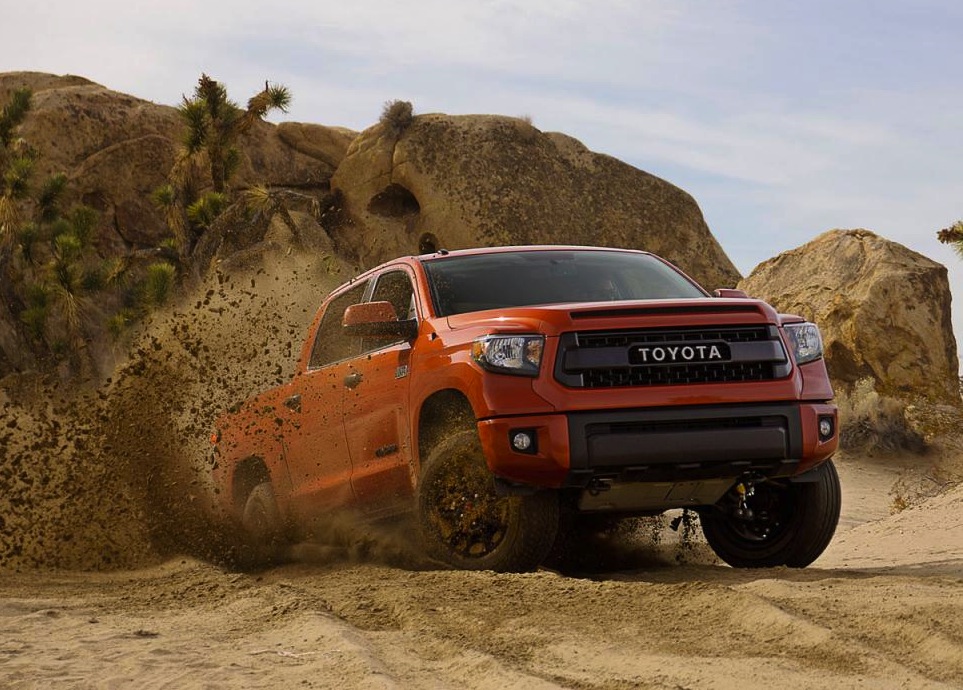 Toyota has revealed a swag of TRD Pro off-road performance packages at the Chicago Auto Show in the US, for the Tacoma, Tundra and 4Runner. 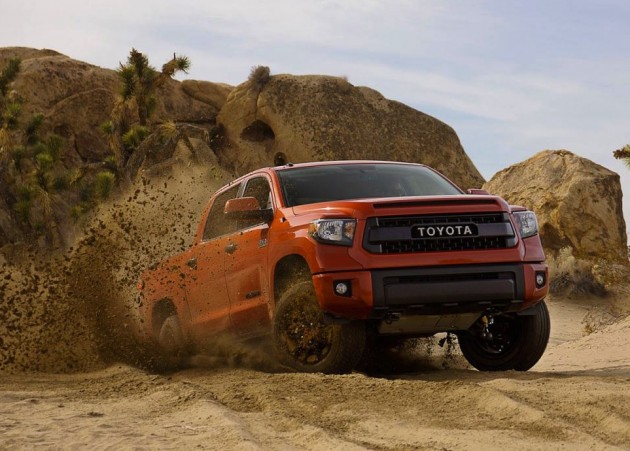 The TRD Pro package adds a whole bunch of super off-road-ready gear and tough bits and pieces, including a two-inch lift kit, a dual exhaust system and 18-inch black alloy wheels with Michelin ORP tyres for the Tundra.

The Tacoma uses a two-inch lift kit as well, and a TRD exhaust with 16-inch beadlock wheels with aggressive BFGoodrich 4×4 tyres, while the 4Runner is much the same only with 17-inch wheels and one inch of added wheel travel. 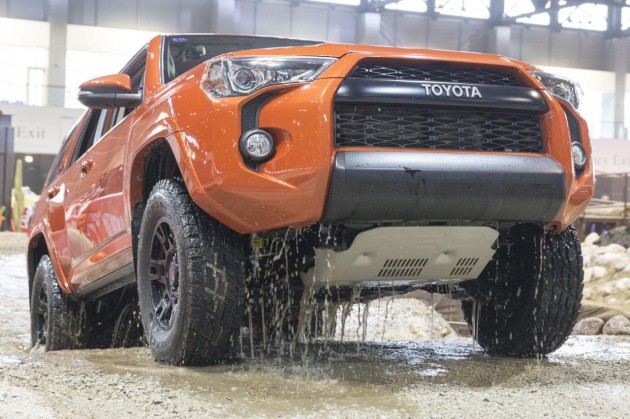 All of them feature Bilstein dampers suited to off-road use, a front bash plate under the engine, special badges and black highlights, and various interior tweaks to match. There’s no speak of any engine mods, unfortunately.

The TRD Pro kit is only for the US market, and it’ll be available from the showroom later this year.

Check out the cool off-road demonstrations Toyota set up for the show.