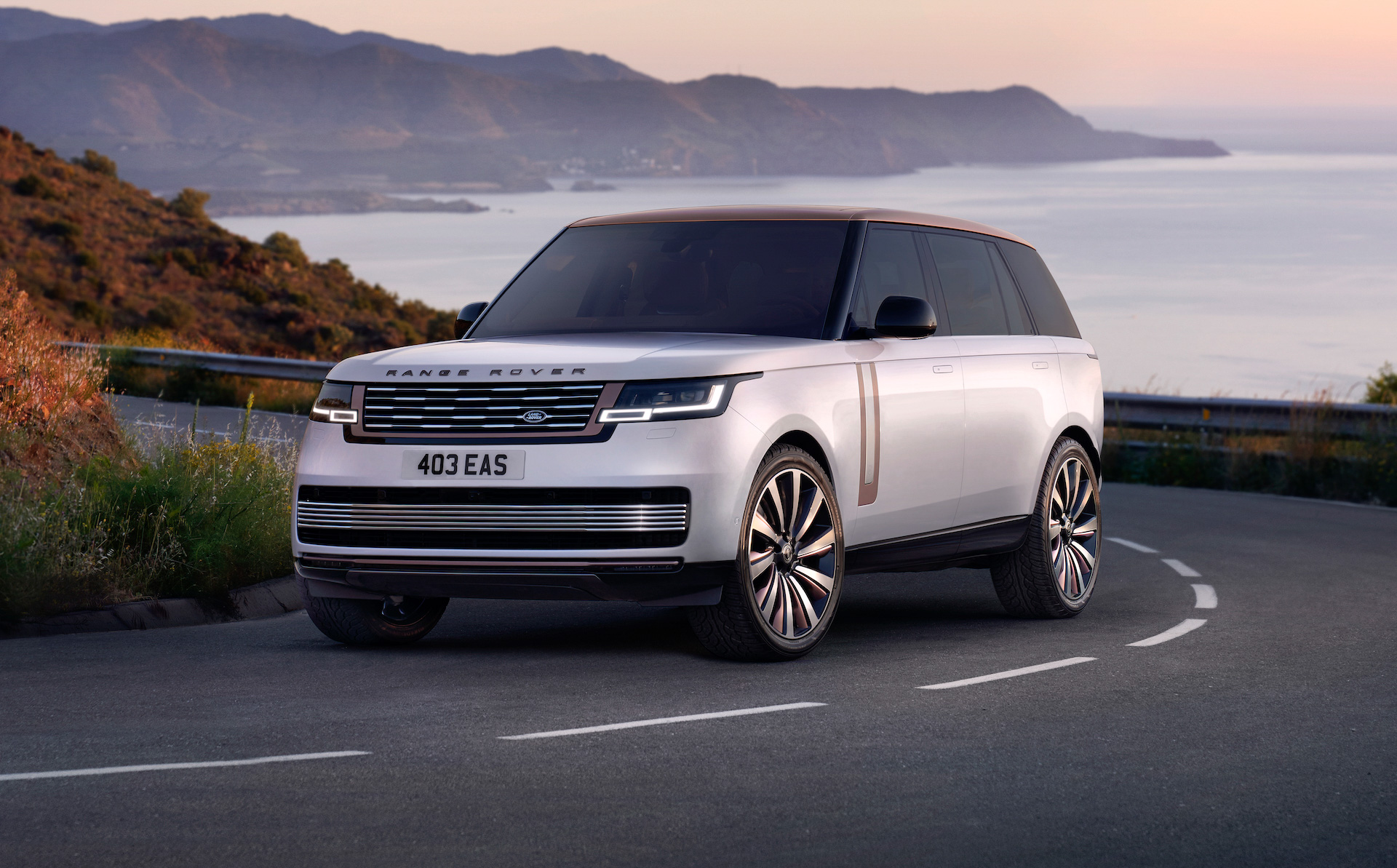 It only happens once every 10 years or so. An all-new, freshly-underpinned, Range Rover. The 2022 model promises to be the most desirable iteration ever, and it is available to order in Australia now. 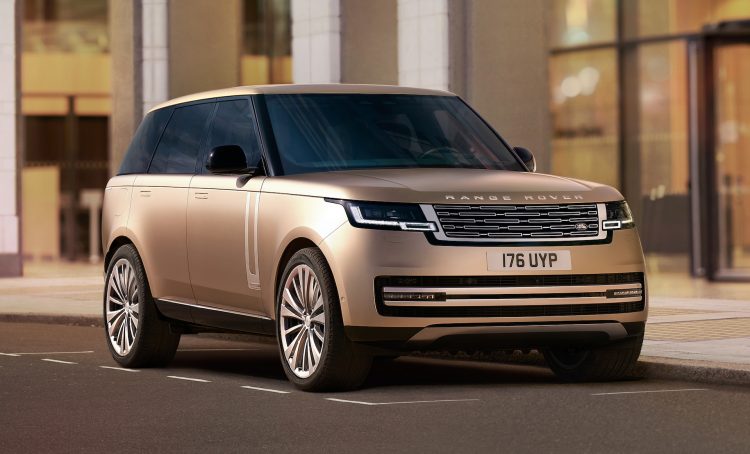 With every generation Range Rover often comes a new standard in luxury off-road motoring. And the same can be said of the 2022 model. It’s built on a bespoke platform, called the MLA-Flex, which not only supports electrified powertrains but also sees a 50 per cent increase in stiffness.

Land Rover is launching the new model in a somewhat simplified structure. Firstly, there are both short and long wheelbase forms. The long wheelbase is being offered with seven seats for the first time, or buyers can specify five or a more luxurious four-seat layout.

From there, four main trim levels will be offered; the SE, HSE, Autobiography, and the SV. Depending on the wheelbase and grade, there’s also four main powertrain options; D300, D350, P400, and P530.

A plug-in hybrid will also be available, called the P510e, pairing (for the first time) a 3.0-litre turbo-petrol inline-six with a 105kW electric motor. It uses a 38.2kWh battery and offers a real-world range of 80km, or up to 100km. Combined, the system produces an impressive 375kW and 700Nm. Land Rover confirms a fully electric option will also join the lineup in 2024. 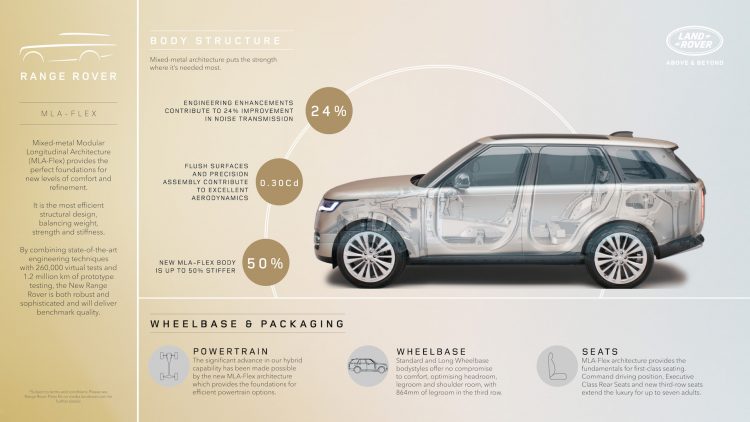 At the top of the range the new SV will be available with either the 390kW V8 petrol or the 375kW plug-in hybrid system. This is a special hand-crafted variant from the Special Vehicle Operations department, representing SVO’s design and engineering passion for modern luxury, performance and capability.

As you can probably imagine, there is so much detail to the new model. In fact, the complete press release is 57 pages long. So, we’ll try and outline the highlights for you. 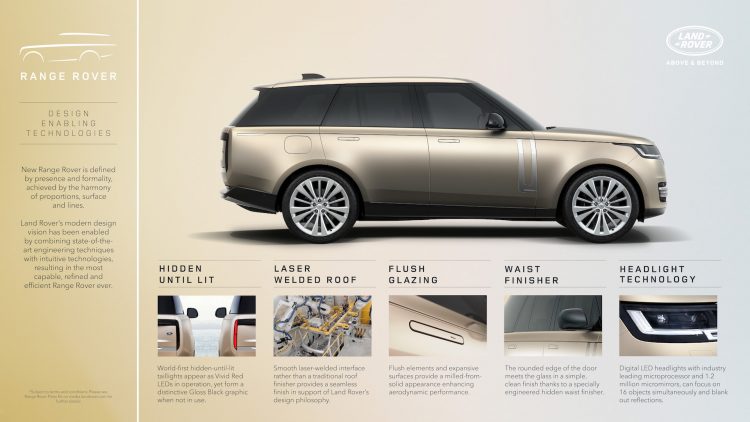 Obviously design is a subjective thing, however, Land Rover has concentrated on the harmony of proportions, clean surfaces, and uninterrupted lines and flush themes with the new model. In our opinion, it does look quite similar in profile to the outgoing model. On first impressions it seems like the laziest design evolution in the nameplate’s history, especially if you take a look back at each past generation jump. However, it’s not until you absorb and really appreciate the finer attention to detail that you notice just how different it is.

The sill line is all new, elegantly rising at the back in what is described as a boat-tail form. The front end is smoother, and there’s a cleaner wrap-around bumper bar with one central secondary grille section in the middle. You’ll notice the gently swept A-pillar and iconic graphic behind the front wheel. Around at the back is perhaps the most noticeable change, with the hidden-until-lit taillight which runs across the full width of the vehicle. 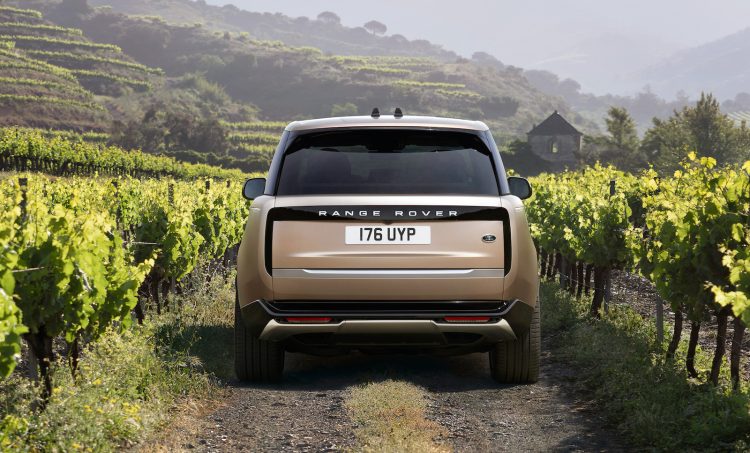 Looking closer, you’ll notice the exquisite new digital LED headlights with jewel-like detail. These provide all-new levels of light, with a beam range of up to 500 metres. With special Image Projection Technology, Predictive Dynamic Bending Light technology, and adaptive light control, Land Rover describes them as the most advanced headlights ever fitted to one of its vehicles.

Moving inside, the interior is much cleaner and calmer. There’s a new floating 13.1-inch curved touch-screen draped on the dash, and the driver views a semi-floating 13.7-inch digital gauge cluster. These of course can be configured in a variety of ways, with various display modes and panel layouts to choose from. 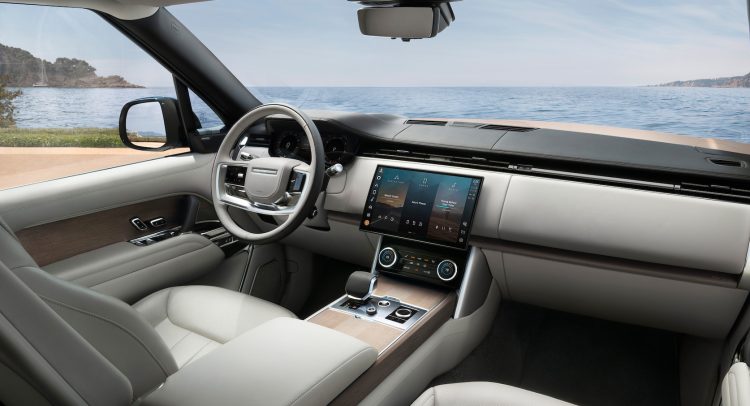 Rear passengers can be treated to dual 11.4-inch touch-screens, a solid centre console and drinks chiller (four-seat configuration), and the boot features a horizontally-split tailgate complete with a fold-up back rest so you can picnic from the back.

On and off road driving capability is pushed further than ever before. All models come with rear-wheel steering, increasing agility and high-speed stability, while the new model debuts Dynamic Response Pro with Active Roll Control. An active locking rear differential is standard, along with electronic air suspension which can provide up to 295mm of ground clearance. The suspension lowers the ride height by 16mm automatically when cruising above 105km/h to improve efficiency and dynamics. 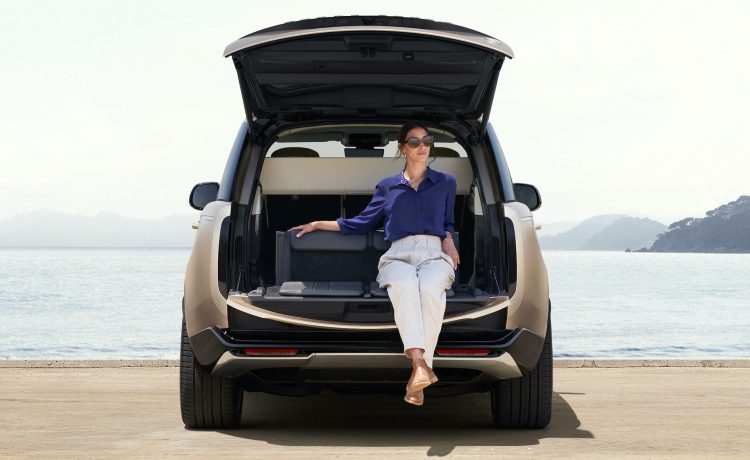 There are a huge range of options and customisable bits and pieces that buyers will no doubt have fun sifting through. Land Rover has paid special attention on offering modern and sustainable material options, including Kvadrat wool blends, Ultrafabrics, ECONYL yarns, and leather-free options, with the widest choice of colours and combinations ever offered from the brand.

Land Rover Australia has confirmed the 2022 Range Rover will launch locally around March next year, but the order books are open now. Prices start from $220,000 (excluding on-road costs). See below for the initial Australian model lineup and prices. 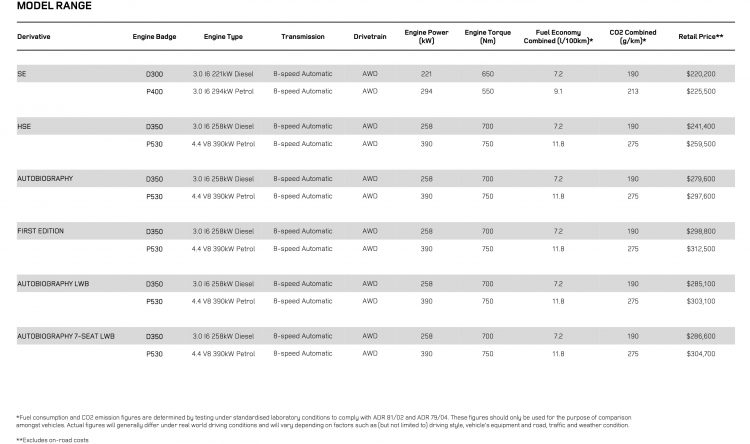