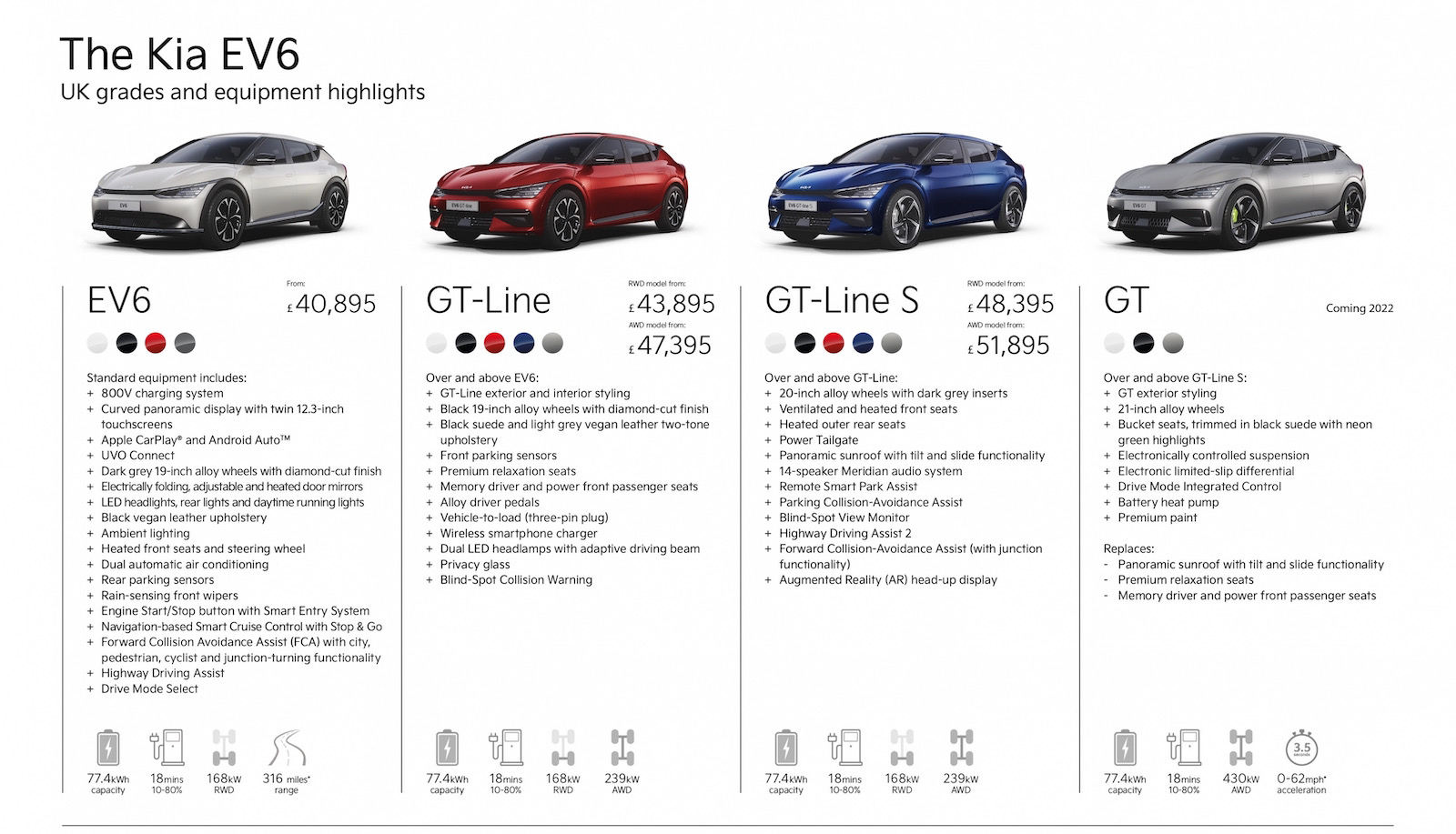 Official WLTP range figures for the Kia EV6 fully electric hatch have been announced in the UK, with the best variant stamped at 528km. This betters the longest-range version of its sister car, Hyundai IONIQ 5, which has so far been rated 470-480km in equivalent specification. 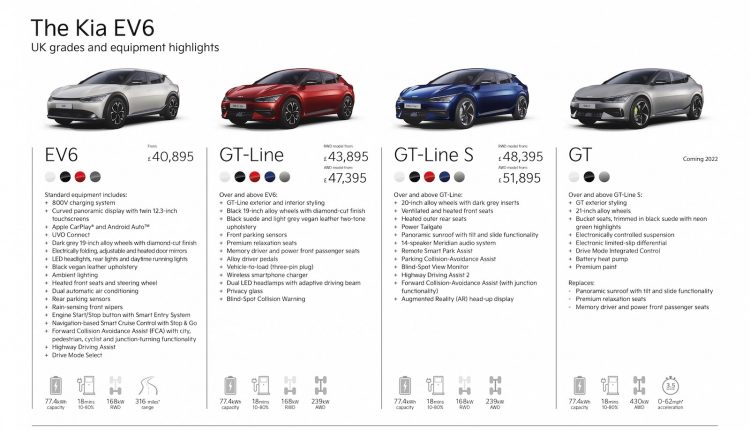 There’s also a special performance model, called the GT. It also features the 77.4kWh battery and AWD setup, but its motors unleash a combined 430kW and 740Nm. This is enough to see 0-100km/h done in a claimed 3.5 seconds – quicker than some supercars. 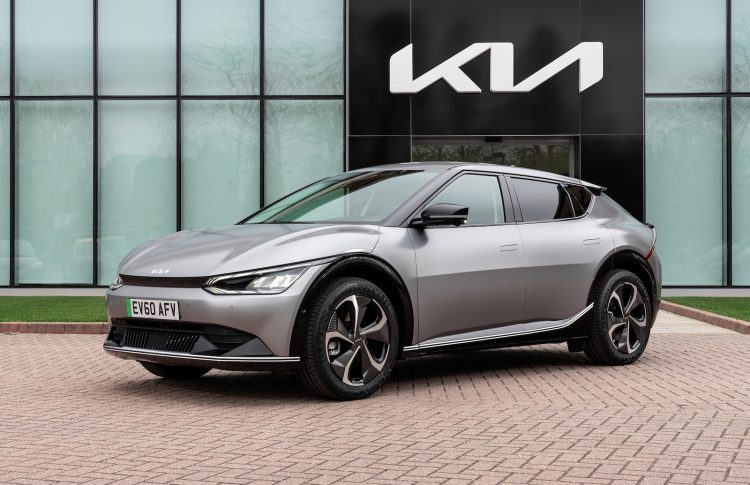 Up until this point Kia has only mentioned a preliminary range figure of 510km for the 168kW RWD model with the 77.4kWh battery. Now, WLTP (real-world testing protocol, replaces NEDC) has released its testing figures, with the aforementioned variant stamped at an impressive 528km.

Even with the AWD dual-motor setup, the range for the 239kW system has been rated at 506km. That’s excellent considering it can conquer 0-100km/h in 5.2 seconds. It also offers a combined energy consumption as low as 17.2kWh/100km. 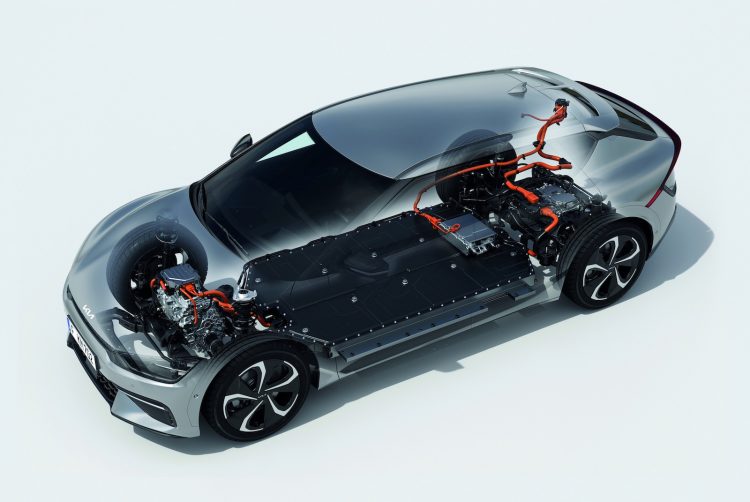 The EV6 is based on Hyundai Motor Group’s new E-GMP layout, shared with the Hyundai IONIQ 5 and upcoming Genesis GV60, supporting both 800V ultra-fast charging and 400V mainstream fast-charging without the need for an adapter. Using an 800V system the battery on the 77.4kWH AWD version can be topped up from 10-80 per cent in just 18 minutes.

The new model also offers vehicle-to-vehicle charging, giving owners the opportunity to provide battery charge for another electric vehicle. The on-board system automatically cuts off once the donor vehicle’s battery drops to 20 per cent to ensure it can still drive a reasonable distance. With this, the car can also provide power to other accessories via a vehicle-to-load function, so users can charge power tools, run outdoor equipment or appliances.

Kia will launch the new model overseas later this year, with an Australia launch set to take place during the first half of 2022. Local specs and variant availability are yet to be confirmed.