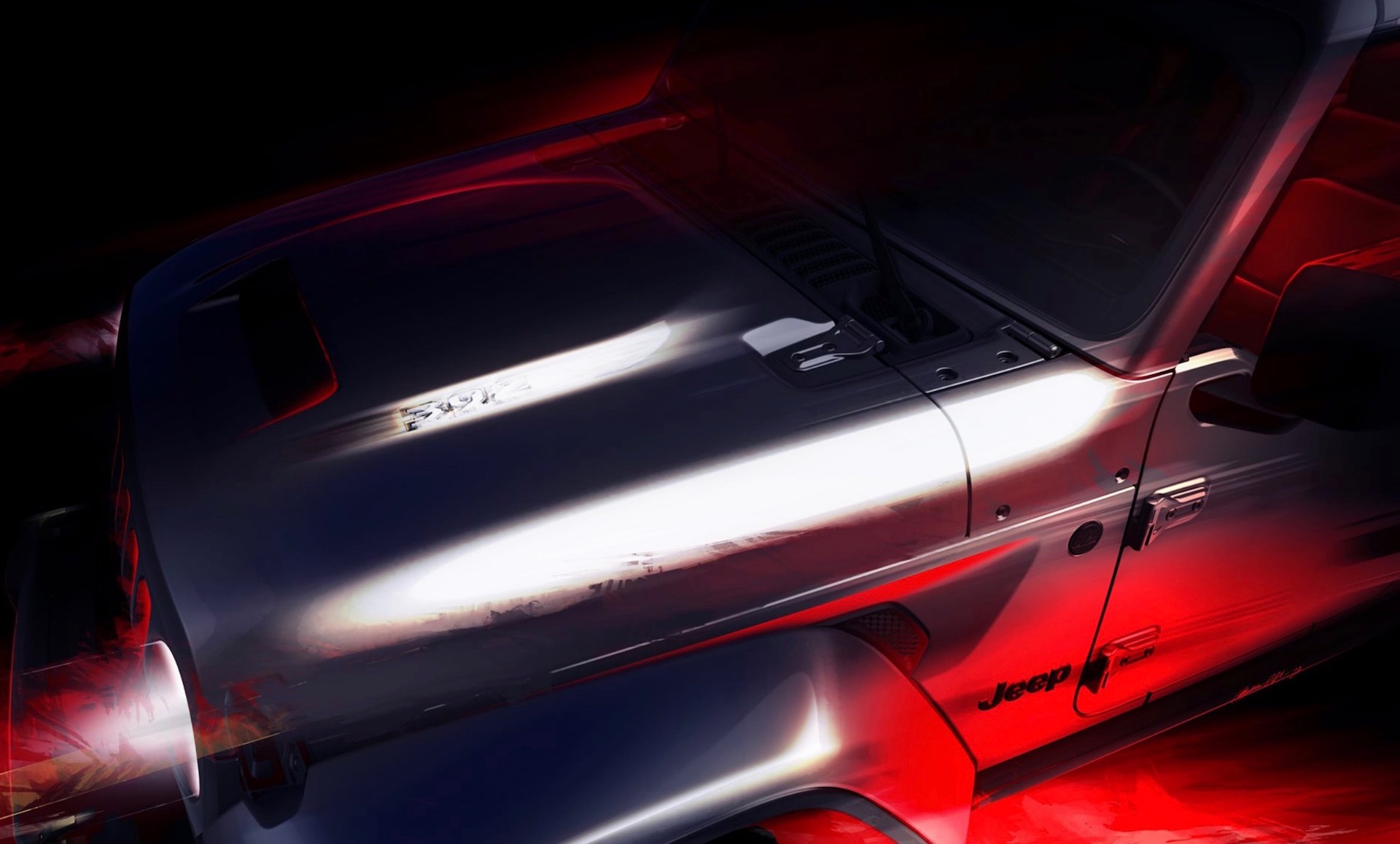 Jeep has sent out an interesting teaser which suggests the Wrangler and/or Gladiator could soon receive a V8 engine. A sketch was posted up on social media by Jeep showing the bonnet of said vehicle/s with the numbers “392” on etched on the top. 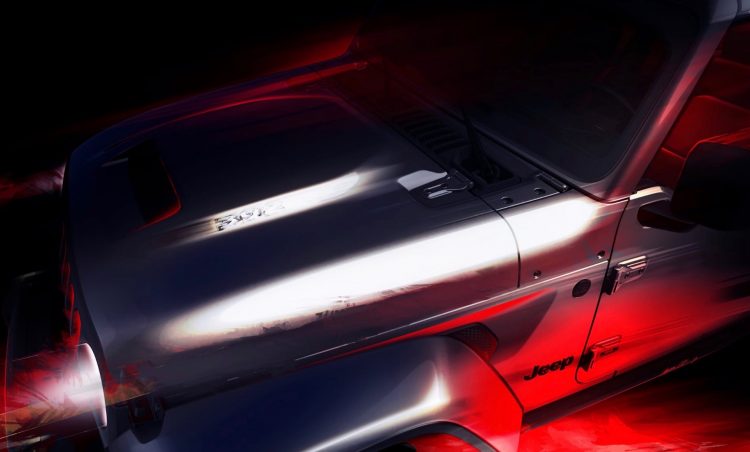 At the moment the most powerful engine option offered for the Wrangler and Wrangler-based Gladiator ute is the 3.6-litre Pentastar V6. In Australia it develops 209kW and 347Nm. However, it looks like Jeep could be planning something bigger for the off-roader. This could boost the model’s overall appeal, especially among hardcore off-road enthusiasts.

The sketch, which appears to be more of a digital manipulation of an actual image rather than a sketch from scratch, shows a bulging bonnet complete with an intake scoop at the front. Across the top it’s clear to see ‘392’ written, which very likely refers to FCA’s HEMI 392 V8. This is the 6.4-litre naturally aspirated unit found in vehicles such as the Jeep Grand Cherokee SRT and Chrysler 300 SRT, where it produces 344kW/624Nm and 350kW/637Nm, respectively.

Jeep has a bit of a habit of listening to the requests of customers and fans, recently announcing the EcoDiesel engine option for the Gladiator in the US, and of course bringing in the supercharged Hellcat engine for the Grand Cherokee Trackhawk. This could be another request about to be fulfilled considering V8 conversions for the Wrangler are very popular in the aftermarket world.

What’s not really clear is whether this will be a special edition or a regular product line, or just a concept. Jeep has only posted up this teaser image. There’s no text or any information whatsoever. In fact, the company hasn’t even confirmed when more details will be revealed. It looks like we’ll just have to wait and see.