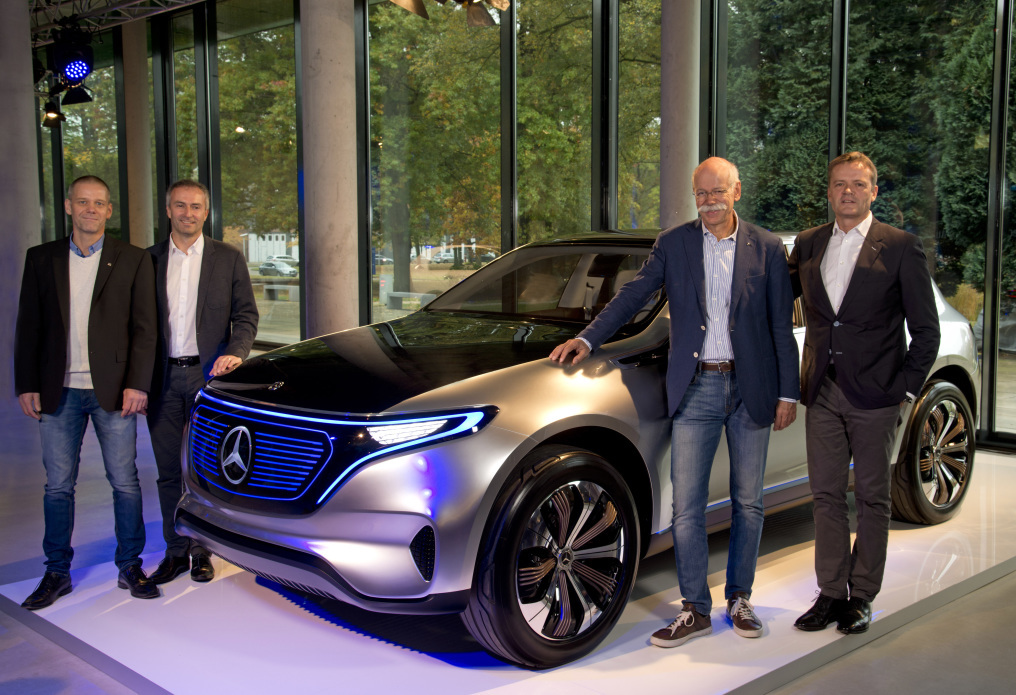 Mercedes-Benz has announced it will produce the first model from its sub-brand known as EQ in the German city of Bremen. 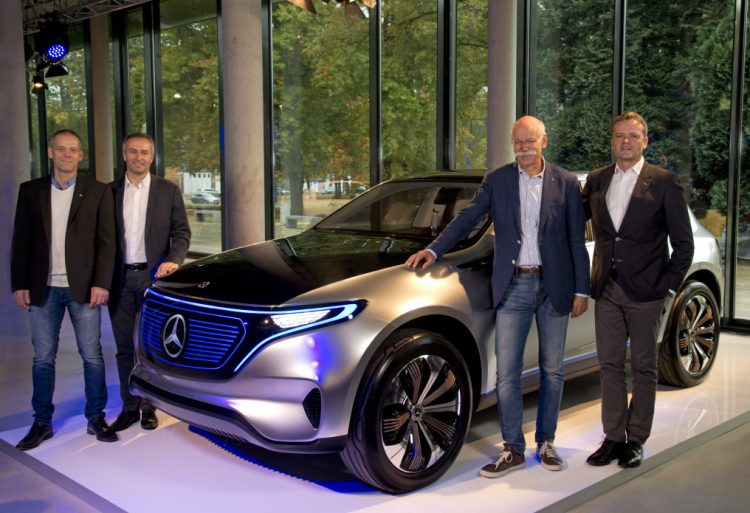 The announcement was made overnight by Daimler, confirming that the first vehicle to be produced by EQ will hit the roads by the end of the decade.

Mercedes has confirmed it hopes to launch 10 electric vehicles from the sub-brand EQ by 2025; the first of which will be based on the EQ SUV concept that was unveiled at last month’s Paris motor show (picture above). Mercedes says the car will have a range of “up to 500km” while offering the typical Mercedes strengths such as safety, comfort, functionality and connectivity.

Currently, Daimler’s Bremen factory produces 10 models, including the ever-popular C- and E-Class, GLC, SL and SLC, as well as the upcoming fuel-cell powered GLC variant. The battery packs set to power future EQ models have been developed by Accumotive, a Daimler subsidiary located in Kamenz, Germany, which will in turn make their way to the assembly line in Bremen.

“Emission-free automobiles are the future. I am pleased that for the series production of our first electric EQ model, we can count on one of our most important partners in the global production network: our colleagues from Bremen.”

Mercedes says its push toward electrification has been backed by AU$718 million worth of investment into its future-thinking corporate strategy known as CASE (connected, autonomous, shared and electric). CASE is the team responsible for developing electric powertrains and intelligent drive systems for Mercedes vehicles and the sub-brand EQ.

Mercedes says, “Under the EQ brand, [CASE] is developing an ecosystem including not just the actual vehicle, but also a comprehensive offering around electric mobility. This extends from intelligent services to energy storage units for private and commercial customers as well as charging technologies, such as inductive charging, to sustainable recycling.”