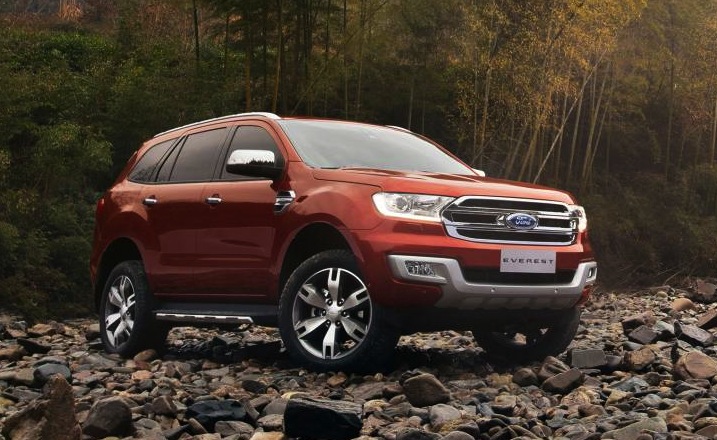 After a heavy-duty seven-seat SUV? Ford has officially revealed the upcoming Ford Everest which could be just what the doctor ordered. 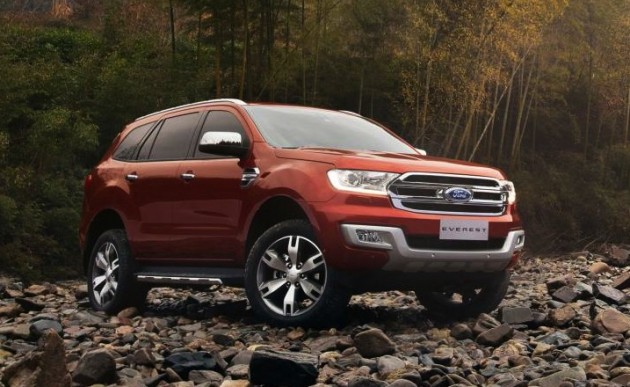 The Everest is based on the Ranger 4×4 ute, with strong and sturdy underpinnings, while on top is a “premium SUV” offering “exceptional ride quality and dynamic handling”, according to Ford.

It also showcases a number of advanced technologies, including a segment-first SYNC 2 interface, active parking, curve control and blind-spot monitoring, as well as cross-traffic alert. These systems are usually only seen on modern and or premium passenger cars.

Inside, there’s another segment-first, a power folding third-row seat which compliments the power lift-gate at the back. There’s also a 10-speaker sound system with an integrated sub-woofer, and active noise cancellation technology for a quiet and peaceful cabin.

You will be able to go very deep into the bush too, with a 225mm ground clearance and an 800mm water wading depth. It also offers a 25-degree approach angle, 29-degree departure angle, and a 21-degree ramp-over angle.These are quite impressive figures for a seven-seat vehicle. Richard Tilley, vehicle line director at Ford Asia Pacific, said,

“From the very beginning we set aggressive targets, and with the Ford Everest we have truly raised the bar for this type of vehicle in design and capability, with advanced technologies for a smarter, safer and more capable vehicle.” 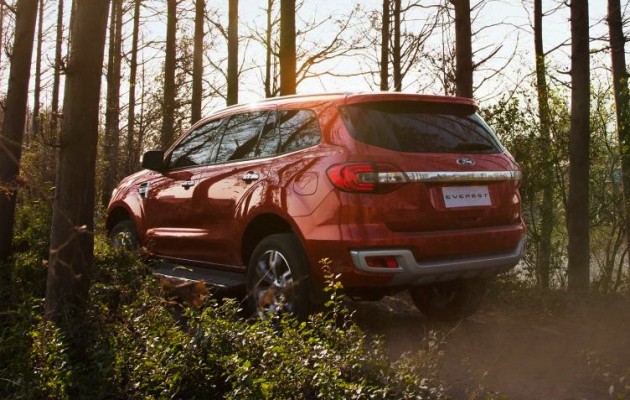 The Everest will go on sale in a number of Asia Pacific markets, including Australia. Final specifications and standard equipment packages for the local market are yet to be announced. It’s expected to arrive towards the end of this year.