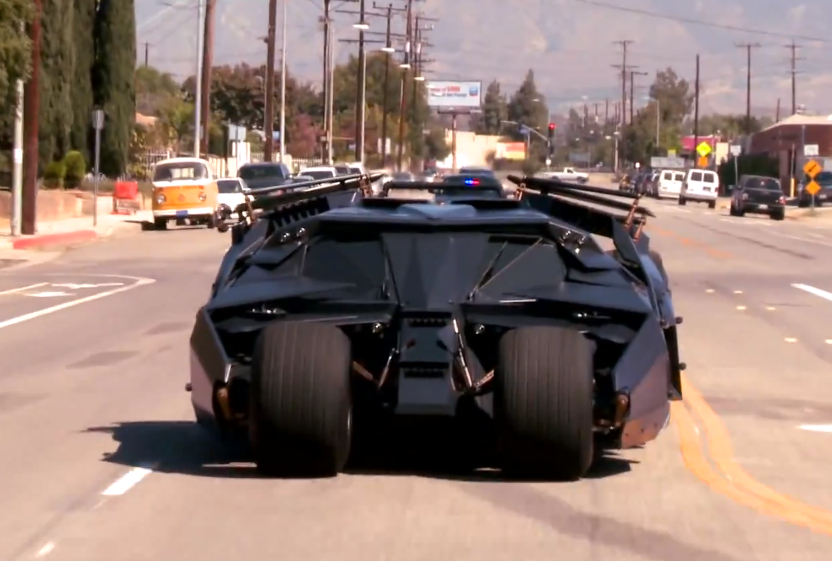 Is there anything more impressive than driving Batman’s actual car? Jay Leno got a chance in one of his most recent episodes of Jay Leno’s Garage to drive Batman’s Tumbler, featured in the latest Batman films. We all know Batman is a fictional character, but this is seriously cool. You can see just how in awe Jay is by the big smile on his face.

They hit the streets after going over some of the technical elements of the car. All up, seven Tumblers were made. All seven feature Chevrolet small-block V8 engines. Can we have a drive?