This is it, the wagon we’ve all been waiting for. Mercedes-Benz has previewed the new Mercedes-Benz CLS 63 AMG Shooting Brake ahead of its 2012 Paris Motor Show debut. The company has released a preview video on the sleek and extremely fast wagon. 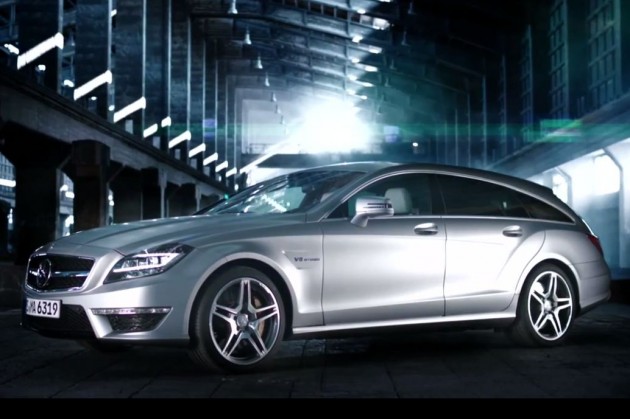 Mercedes-Benz only just revealed the regular CLS Shooting Brake over the weekend, including two initial model variants; the CLS 250 CDI and the CLS 350 CDI. Both feature a fairly quick yet more eco-focused turbo-diesel engines.

For the performance enthusiasts, there is this. The CLS 63 AMG Shooting Brake will come with the company’s awesome 5.5-litre twin-turbo V8 engine producing 386kW of power and 700Nm of torque, just like in the four-door coupe version. (Performance Pack gets 410kW and 800Nm.)

This has got to be one of the coolest wagons around, surely? It will arrive internationally in November, while Australia is yet to officially confirm the new model.

Click play below for a preview. And listen to that engine.