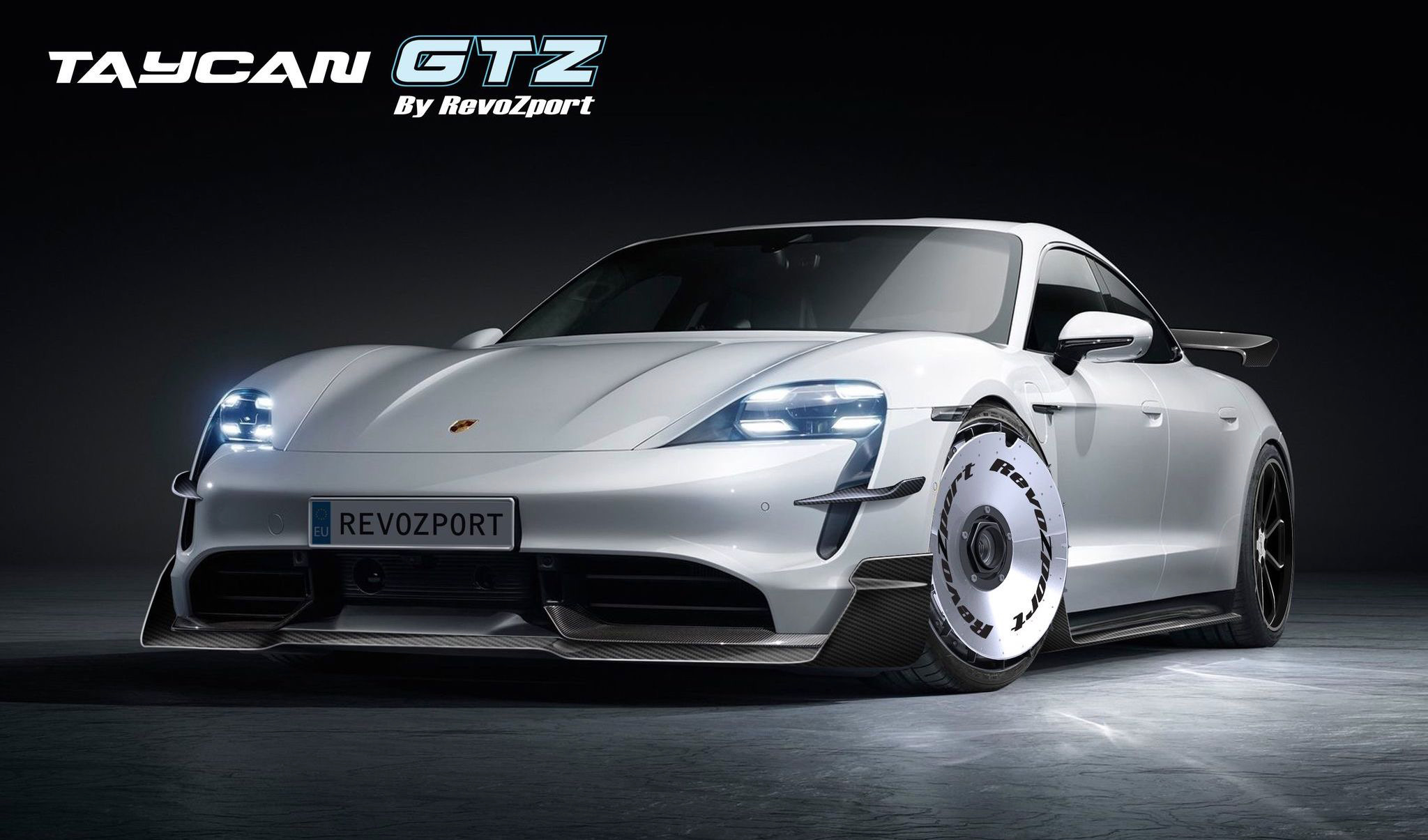 The world of car tuning is becoming vastly different as more and more new vehicles are launched with electric powertrains. For example, check out what RevoZport has just come up with for the Porsche Taycan. Called the Taycan Revoluzione and GTZ by RevoZport, the Hong Kong-based tuner has devised a wicked aero package to enhance the visual impact and aero performance of the sleek electric sedan. 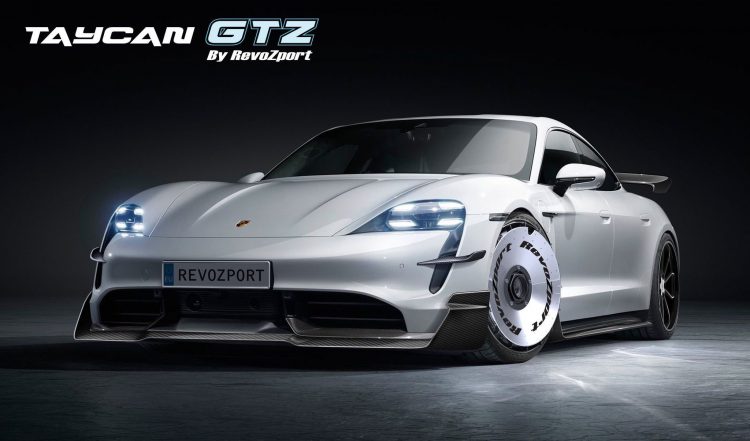 At the front is a very low splitter system with deeper air intakes (likely leading to the brakes), with winglets on the edge for maximum effect. It’s all made from carbon fibre for pure lightness and exotica, with matching canards below the headlights.

Extended side skirts are also attached, made from carbon fibre, with winglets at the front to guide airflow. At the back is perhaps the most imposing view, as you can see the hugely chunky diffuser with four deep fins, and a neat twin-strut wing on the boot called a “Swan Neck GT” spoiler.

To finish it off, RevoZport pitches the Porsche with a set of bespoke two-piece forged wheels. We’re not sure if the ultra-cool turbine discs are included for the front, but yes please. We’ll take those too. 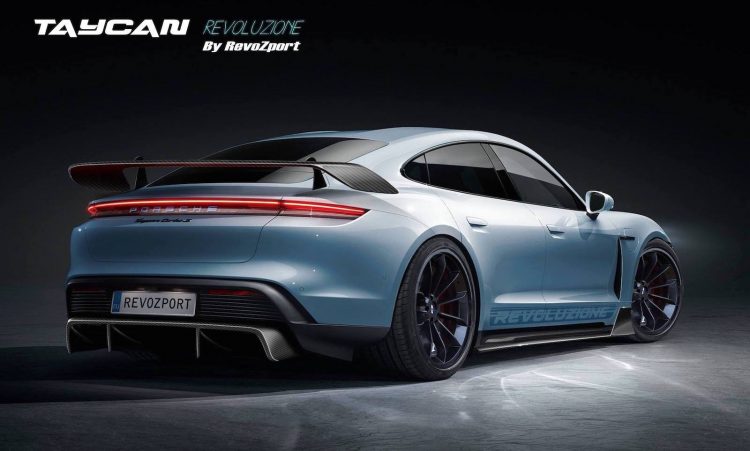 The company hasn’t mentioned anything about possible powertrain upgrades, but in standard form the Turbo S model covers 0-100km/h in 2.518 seconds (according to our tests). So, that’s already neck-snappingly fast. We doubt many owners will be seeking improved acceleration.

It looks like some degree of suspension enhancement has also been applied, at least to this show car; the lowered ride height gives it a nice stance and fills any gap between the wheel and wheel arches.