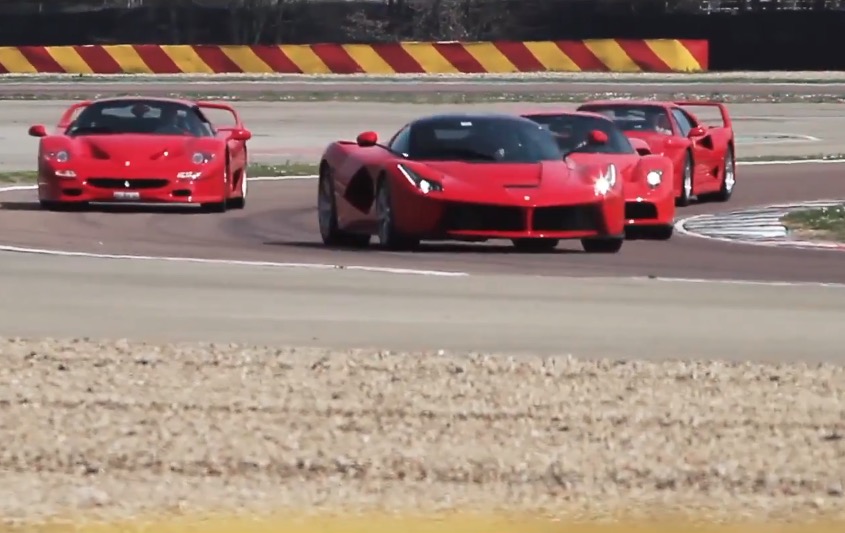 Ferrari has put together a video treat, with all of its most iconic cars, the F40, F50, Enzo, and LaFFerrari, together on the Fiorano circuit in Italy.

This must have been an extraordinary sight for anyone who saw it, trackside, and an equally thrilling and even emotional experience for company test driver Dario Benuzzi who helped develop all of them.

The special collection and drive was put together to help celebrate Benuzzi’s 40th anniversary working with Ferrari. Ferrari said,

“The legendary Ferrari test-driver drove each one of the cars in order, reliving the emotions of a lifetime career with the Prancing Horse in a kind of unique technological time-lapse sequence.”