BMW and M Division have only just launched the BMW 1 Series M Coupe in some markets but one has already been crashed. This is the first crash we’ve heard of involving the new 1 M, which comes from an unlucky owner in South Korea. 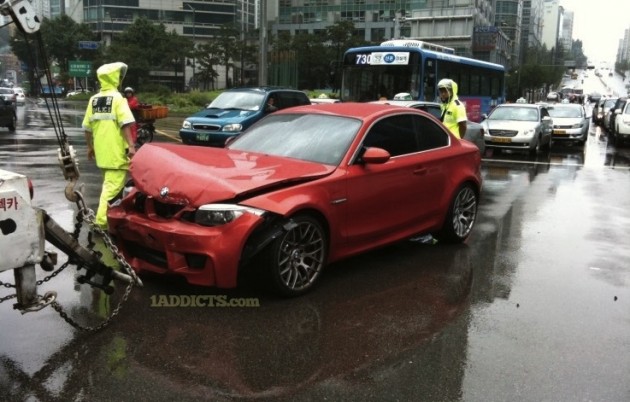 The 1 M Coupe crash was first posted up on 1adicts.com BMW 1 Series enthusiast website by the owner of the car, who is also a member of the forums. Unfortunately for the owner he was cut off by an other driver who failed to stop at a red light.

The BMW 1 Series M Coupe is one most exciting new cars to be launched this year, with only very limited numbers planned for production. In Australia, BMW has asked for around 200 to be delivered to our shores. For South Korea, only 80 are heading their way, and this is one of them.

By the looks of the damage the poor 1 M will likely see a full recovery, with some decent front end mending and a few new panels. The owner is somewhat lucky though, as it’d be a huge shame to see one of these excellent little cars being written off so early. 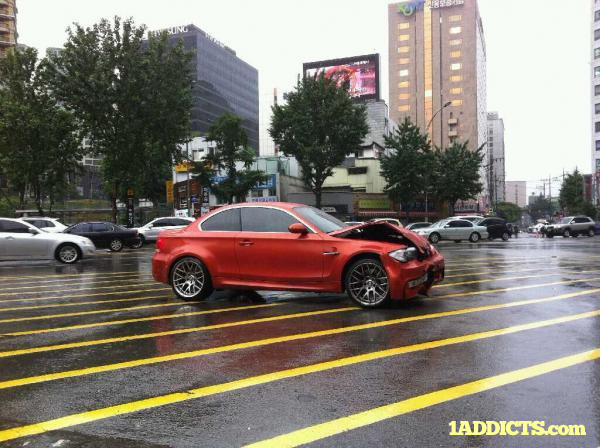